The Fukushima Daiichi nuclear disaster happened after a tsunami following the T?hoku earthquake on 11 March 2011. Immediately after the earthquake, the tsunami destroyed the emergency generators that would have provided power to cool the reactors. The insufficient cooling led to three nuclear meltdowns, hydrogen-air chemical explosions, and the release of radioactive material in Units 1, 2 and 3 from 12 March to 15 March. Loss of cooling also caused the pool for storing spent fuel from Reactor 4 to overheat on 15 March due to the decay heat from the fuel rods. This incident happened six years ago and the Japanese scientists are still trying to clear up the mess.

When they introduced a remotely controlled cleanup robot to drain the nuclear plant, they found that even after six years the radiation levels in Fukushima remained so high that the cleanup robot was deep fried. Eventually the scientists had to aport the entire cleanup mission.

Earlier this week, the robot equipped with a high-pressure water pump and a camera designed to withstand up to 1,000 Sieverts of cumulative exposure had been pulled off the inactive Reactor 2 at the Fukushima Daiichi nuclear complex, citing the plant operator, Tokyo Electric Power Company (TEPCO), reported The Japan Times on Friday.

A TEPCO official said a reading of 500 to 600 sieverts should be “basically correct,” especially given that the camera, which was designed for 1,000 sieverts of cumulative exposure, broke down within two hours.

Last week, Gizmodo reported that radiation levels inside the containment vessel of reactor No. 2 at Fukushima reached a jaw-dropping 530 sieverts per hour, a level high enough to kill a human within seconds. 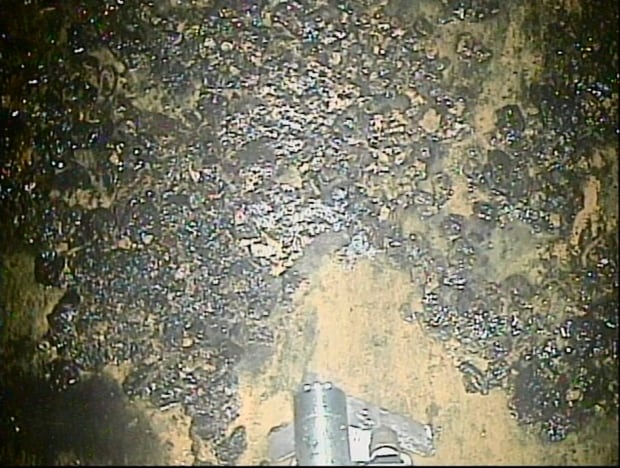 “The abbreviated mission suggests that radiation levels inside the reactor are even higher than was reported last week — and that robots are going to have a hell of a time cleaning this mess up,” reports Gizmodo.

It was the first time that a robot had entered the reactor since the earthquake and tsunami disaster six years ago. The robot only covered a part of the course it was supposed to take while removing thick layers of dirt and other wreckage with a scraper clearing ways for another remotely controlled robot to enter the area. It may have been completely destroyed had it entered deeper into the reactor. Its operators aborted the mission before losing complete control of the probe.

While extreme radiation levels have been registered within the reactor, officials insist that no new leaks from the facility or radiation leaking into the air or sea have been detected.

The failure might force Japan to rethink the robot-based strategy it has adopted for locating melted fuel at Fukushima.

“We will further study Thursday’s outcome before deciding on the deployment of the scorpion,” said TEPCO spokesman Takahiro Kimoto.

Since TEPCO’s attempt is the first to get so close to the melted fuel, it is likely to show even higher radiation readings. TEPCO is still in the early stage of assessing the conditions in and around the damaged reactors to figure out the best and safest ways to remove the fuel. The decommissioning work is expected to take decades.