Another celebrity’s personal account has been hacked leading to some personal photos including nudes being leaked online. The celebrity victim is Samara Weaving and the notorious website Celeb Jihad has been the one to release the photos. Samara’s father has spoken out against the hack, though the actress herself has not yet made a statement.

Samara’s father Simon has released a statement against the alleged hacks & consequent release of the photos. The statement reads as follows:

“We have dealt with things like this in the past … her [email account] was hacked, but I am not sure if that has anything to do with this. We are used to her being in the spotlight and what that involves.”

He added: ‘She is a strong girl and she is resilient.’

The actress herself is said to be traveling from the US to Melbourne, Australia – which explains why her father came out with the official statement instead. Samara is the niece of the legendary Hugo Weaving and is only the latest celebrity to be the victim of Celeb Jihad. Her father has said that he’s advised his daughter to ignore the leaks and concentrate on her work. 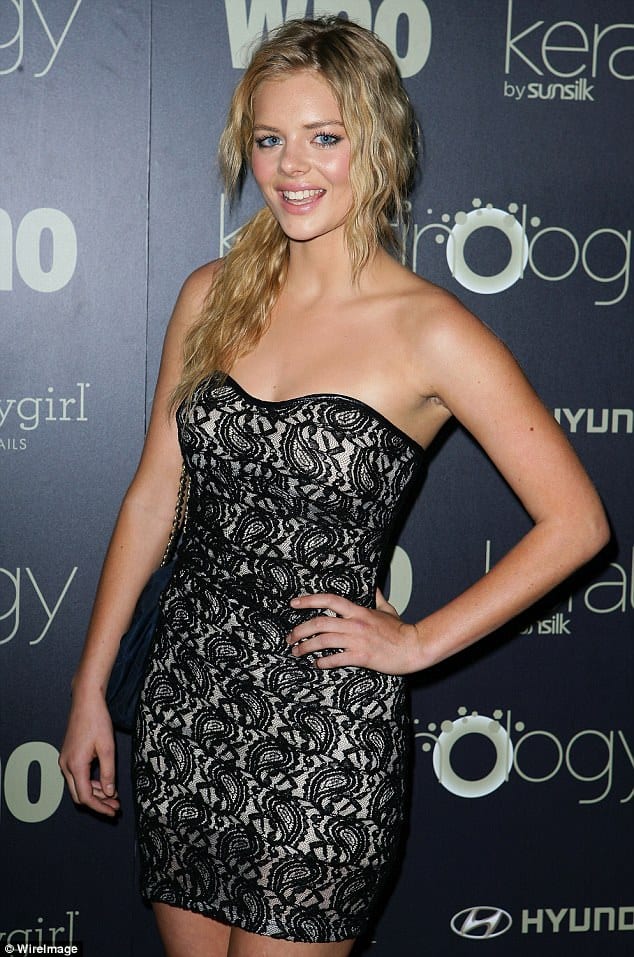 “I think the best theory with this sort of this is not to give it oxygen,” he said. “I have her to ignore it and to concentrate on her work. “She has been on set since 6am so she has other things to think about.”

The hackers have leaked more than a dozen images of Samara lying in bed and exposing herself. Early reports, however, were uncertain if these were genuine photos or doctored. In later reports though, Samara’s father has clarified that the photos were definitely doctored.

“She has said they are doctored,” the actor’s father said yesterday.

“We have been texting all morning, but haven’t spoke about the situation at length.”

The ambassador for Bonds – Samara started her acting career in 2008 on out Of The Blue.  Since then, she has appeared on the much-loved soap – Home and Away & is set to feature in the remake of Picnic at Hanging Rock. She will be starring alongside Yael Stone and Natalie Dormer. She also stars in Netflix’s upcoming horror flick, The BabySitter.

Since the fappening occurred, any celebrity hack tends to get built up at the next fappening. This statement apparently puts to bed rumors that the leak was in anyway related to the Fappening 2.0 leak when hackers released nude images for 64 more celebrities. Multiple celebs including Miley Cyrus, Demi Lovato, and Emma Watson have been the recent target of such leaks with Emma Watson even pursuing legal recourse against the above-mentioned site Celeb Jihad with an advocate confirming the images in question were stolen.

‘Photos from a clothes fitting Emma had with a stylist a couple of years ago have been stolen. They are not nude photographs. Lawyers have been instructed and we are not commenting further,’ said an offical release.

Hacking celebrity account though, look like to have become a trend, with Ex-Premier League star Anthony Stokes lover Eilidh Scott’s accounts being hacked just recently and their personal photos finding their way onto the internet.