The end of the era of Flash has long been rumored with Apple never supporting it in iOS, developers moving on to alternatives such as HTML5 and a constant reduction in web traffic to Flash using websites. Now finally, Adobe has made a public statement that they will end support and development of Flash at the end of 2020.

The company had previously recognized – back in 2012 – that Flash will be phased out within the next 10 years. In its early days, Flash played a crucial role in offering graphical and interactive capabilities and had no equivalent in HTML and JavaScript. Since then however, technology has continued growing and most of the abilities of Flash have been replaced by canvas for 2D graphics, WebGL for 3D graphics, HTML5’s video and audio tags, JavaScript interfaces for microphones and webcams, among others thereby, eliminating the need to use Flash completely.

“Specifically, we will stop updating and distributing the Flash Player at the end of 2020 and encourage content creators to migrate any existing Flash content to these new open formats,” Adobe said. “Three years ago, 80 percent of desktop Chrome users visited a site with Flash each day. Today usage is only 17 percent and continues to decline. This trend reveals that sites are migrating to open web technologies, which are faster and more power-efficient than Flash. They’re also more secure, so you can be safer while shopping, banking, or reading sensitive documents.”

Until then however, the company has reached out to Apple, Google, Microsoft, Facebook, and Mozilla to help maintaining Flash’s integrity until its end-of-life. Facebook has since announced that it will be migrating its Flash based games to open standards such as HTML5. Apple’s Webkit team has said that its users might not even notice a difference since Flash has not come pre installed in their systems since 2010 and even Safari asks for permission before running Flash content.

There will be a plugin available that will be maintained and supported till the end of 2020 and browsers including Chrome and Edge will continue to embed and patch the plugin till then. Adobe has also said it will be aggressive in ending the support in certain geographies owing to widespread use of outdated versions of the software being in use.

A more important news however, seems to be the fact that Adobe does not seem to be offering any long-term solution for accessing content that will continue to use Flash even after 2020. While most of us connect Flash to advertisements of annoying popups, one cannot deny that there were a significant number of games and other interactive content that will now become inaccessible after 2020. Hopefully, between now and then Adobe will release some way for this to remain accessible. 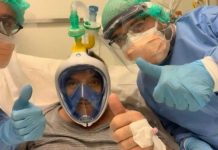 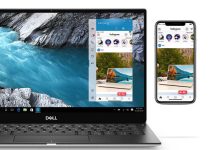 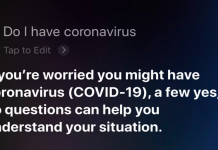 Apple’s Siri Can Now Answer Questions About The Coronavirus