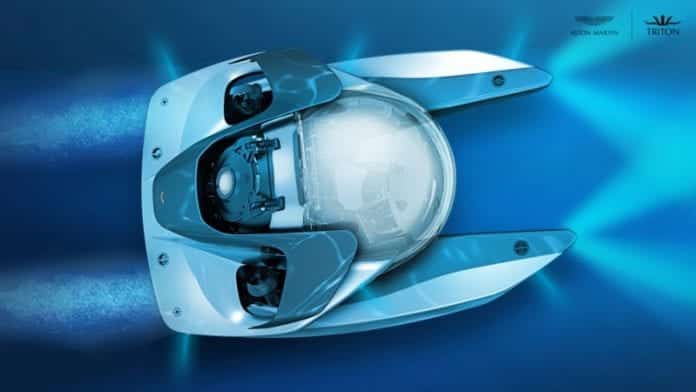 While several companies such as Dyson, Google, Facebook are interested in investing in the automobile segment, luxury car manufacturer Aston Martin has collaborated with Triton Submarine to manufacture a revolutionary fine designed submarine, under the codename Project Neptune. The model is based on Triton’s Low Profile (LP) platform, a light and small three-person diving machine that was designed for superyachts.

Triton expertise in designing and building underwater vehicles such as submersibles and submarines, for the purpose of researchers, explorers, and superyachts. Whereas, Aston Martin is proficient in manufacturing super-cars. Aston Martin Consulting, a wing of Aston Martin Holdings Ltd., is involved in designing luxury goods in the non-car segment. The single colored lumpy blimp design of submarine in the defense sector has remained unchanged for a prolonged time. Whereas, the new submarine from Aston Martin has changed everyone perception towards design and beauty even underwater. The date of launching is not yet declared, however, this submarine is going to be an exclusively a limited edition, as few as dozen submersibles will be manufactured a year.