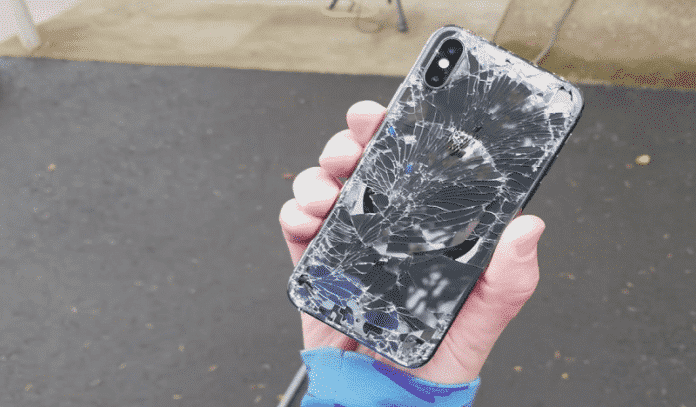 Apple’s premium smartphone, iPhone X went on sale around the world on November 3 for $999. From the time the iPhone X has been released, it has generated curiosity among people whether the steeply priced smartphone will be able to stand the tests in terms of performance, durability, resistance, etc.

First, it was iFixit who did a teardown of the iPhone X to better understand its internal structure, now SquareTrade, an insurance company that provides extended warranties for mobile devices and other electronic devices, carried out breakability tests on the iPhone X to check what happens when it slips out of one’s hands.

SquareTrade Labs uses a range of robots to drop, bend, tumble and dunk devices to see how they resist real-life accidents and how easy the device is to repair. In a video posted by SquareTrade that tested the iPhone X’s resistance, showed the iPhone X being dropped from a height of 6 feet (1.83 meters) onto concrete, on its edge, face down, back down, as well as putting it through a 60-seconds tumble test.

All the tests showed that the iPhone X fared poorly and resulted in different damages to the device. However, the minimum amount of damage done to the smartphone was when it was dropped sideways. Different damage results such as dent on the bottom, cracked OLED screens, unresponsive front OLED screens, facial recognition (FaceID) technology not working, scratches were noticed during the breakability tests.

The glass front and glass back and the absence of a Home button makes the iPhone X – “the most breakable, highest-priced, most expensive to repair iPhone ever,” SquareTrade said in its own video. The iPhone X earned a score of 90 out of a possible 100 in breakability tests (lower is better) despite claims from Apple that the iPhone X has “the most durable glass ever in a smartphone.”

Similarly, technology and consumer electronics website CNET, also published its own breakability tests, by dropping Apple iPhone X from a height of 3 feet. However, the tests yielded the similar results, with the iPhone X glass cracking on the first drop.

As one can see, it is advisable for iPhone X owners to buy a case for their smartphone, as front screen replacement could cost them $279 without AppleCare+ and $579 for other repairs.

“You’d expect there to be a high price to pay for a beautiful phone like the iPhone X. Unfortunately for consumers, in the end it’s likely to be more than the $1,000 they’ve already invested,” said SquareTrade creative director Jason Siciliano.