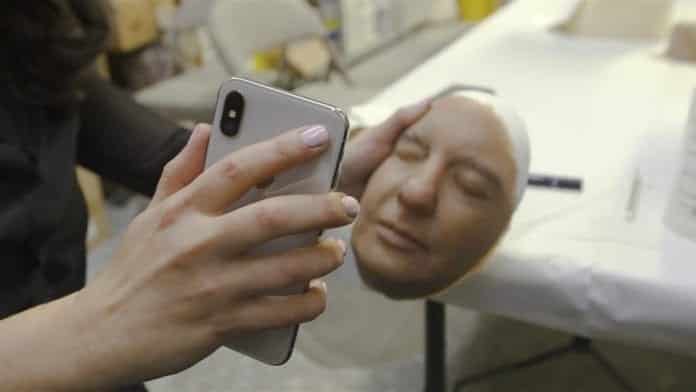 Apple’s premium flagship, iPhone X has been put through several tests from the time it has been released in the market on November 3. Be it the teardown of iPhone X by iFixit or breakability tests carried out by SquareTrade, the smartphone is going through all.

This time Bkav, a Vietnamese security firm, challenged Apple’s Face ID unlock technology that has been replaced by Touch ID in iPhone X to check if they could bypass the security system using a mask. The security researchers discovered that they could trick the facial recognition features of the iPhone X using a specially constructed mask.

For those unaware, Apple has replaced its Touch ID in iPhone X in favor of Face ID, which uses the TrueDepth camera system on the top of the display to unlock the device. Face ID can also be used for authentication, payments, accessing securing apps and be used with Apple Pay as well.

Mr. Ngo Tuan Anh, Bkav’s Vice President of Cyber Security, said: “The mask is crafted by combining 3D printing with makeup and 2D images, besides some special processing on the cheeks and around the face, where there are large skin areas, to fool AI of Face ID”.

In a successful bypass demonstration video (see below), an iPhone X is shown unlocking for both the mask and the person it’s based on. This proves facial recognition is “not mature enough” for either smartphones or computers, having previously bypassed similar security measures on some laptops, claims Bkav.

“So, after nearly 10 years of development, face recognition is not mature enough to guarantee security for computers and smartphones. In 2008, Bkav was the first company in the world to show that face recognition was not an effective security measure for laptops, right after Toshiba, Lenovo, Asus, etc. used this technology for their products.”

During the unveiling of the iPhone X event in September, Apple SVP Phil Schiller claimed that Face ID could distinguish between a mask and a real face.

In conclusion, Face ID on the iPhone X is not an effective security measure as Apple has announced. However, regular iPhone X users need not be concerned about the alleged efforts by Bkav, as not everyone has the resources to make a Bkav-style mask, but also need the measurements of a person’s face and detailed descriptions.