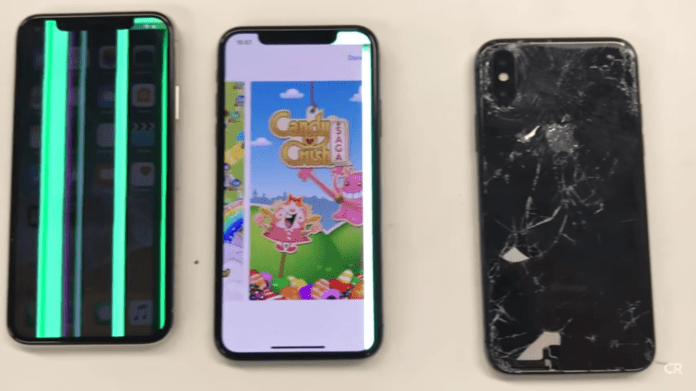 Consumer Reports, a consumer assistance publication, recently performed an extensive testing on the iPhone 8, iPhone 8 Plus, and iPhone X along with other smartphones and published the results of its iPhone X tests based on display, camera, battery life and durability.

The publication concluded that Samsung’s latest smartphones, and even the cheaper iPhone 8 series, are better options for most people.

“Taken as a complete package, this phone ranked a bit lower than Samsung’s S8, S8+, and Note8, mainly because of their superior battery life,” Consumer Reports said. “But many longtime iPhone users aren’t interested in switching to Android, so the real question for them is whether to save a few bucks — or, actually, a couple hundred — and go with an iPhone 8 or 8 Plus instead.”

While Consumer Reports called the iPhone X an “innovative device with a fantastic camera and beautiful display” and mentioned it in the recommended list, it lost out to its predecessors, iPhone 8 and the iPhone 8 Plus in a full comparison of the phones in the durability test category.

The iPhone X did make it to the Consumer Reports list of top 10 smartphones, but the iPhone 8 and iPhone 8 Plus proved “hardier” when it came to a tumble test for emulating real-world drops and fumbles of about 2.5 feet. Although iPhone X performed well in the initial drop tests, it didn’t fare so well after more extensive testing.

We tumbled three samples of the iPhone X. The first was fine after 50 drops, but the glass on the back was significantly cracked after 100. The other two phones ended up with malfunctioning displays after 50 drops. Though the front glass didn’t crack, several bright green bars stretched across the screens from top to bottom.

On the other hand, the iPhone 8 and 8 Plus had ended up with just a few scrapes after the durability and drop test. Further, front displays of the iPhone X, 8, and 8 Plus all came away unharmed.

Besides iPhone X, Samsung’s Galaxy S8 and S8+ phones also had broken displays and back panels after the test. Richard Fisco, head of smartphone testing at CR says, “If not for the damage in that durability test, the iPhone X would have come in ahead of the iPhone 8 and 8 Plus.”

While the iPhone X did well on scratch tests and water resistance tests, it did not fare well in terms of battery life. The iPhone X managed to last for 19.5 hours, as opposed to iPhone 8 Plus and Samsung Galaxy S8 that lasted for 21 hours and 26 hours respectively. The iPhone X’s battery life has impacted its overall score the most.

Although the iPhone X scored lower than the Galaxy Note 8 in Consumer Reports’ rankings, it doesn’t make it a worse phone than Samsung’s flagships:

A lot of people would argue that the iPhone X represents the future of smartphones. It boasts the best overall camera results in CR’s testing and one of the best displays we’ve ever seen on a phone. And while you don’t get the familiar Home button, you pick up a decent amount of screen space in a phone that’s significantly smaller than the 7 Plus and 8 Plus. It’s easier to hold and use, not to mention lighter to carry.

And Face ID works very effectively. The phone seems to unlock as soon as you pick it up and even think about making a call. Its gesture system takes some getting used to, but it’s not overly cumbersome or difficult to use.

You can read the full review of iPhone X at Consumer Reports.