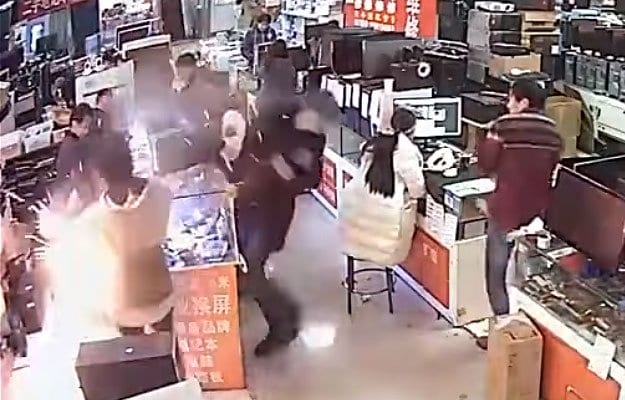 You may want to think twice before biting things that can explode, as a Chinese man who happened to bite a smartphone battery to test its authenticity got a nasty shock when it exploded.

The ten-second video footage of the incident that happened on January 19 has been circulating online that shows a man looking to purchase a replacement battery for his iPhone in an electronics, reports Taiwan News. The video clip shows the store employee handing the man a battery, which he brings up to his face and then bites on it to check its authenticity. The moment he removes the battery from his mouth, it bursts into flames just inches away from his face.

Fortunately, no one was injured in this incident, reported several Taiwanese news outlets. The video was posted to Chinese video sharing site Miaopai.com on January 20 and has been viewed more than 4.5 million time since then.

We request our readers not to try this at home and treat your phone’s battery with extreme caution. If you are unsure about the authenticity of your phone battery and wish to check it, you could visit an Apple Authorized Retailer or an Apple Store for the same.