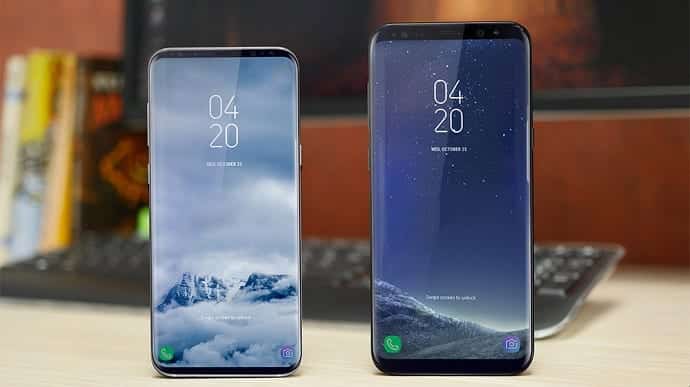 Samsung had recently confirmed that it would be unveiling its most awaited smartphones of 2018, Galaxy S9 and S9+ during the Mobile World Congress (MWC) press event on February 25 in Barcelona, Spain.

While the debut of Samsung’s Galaxy S9 and Galaxy S9+ flagships is just less than a month away, new images of these two smartphones have appeared on the Twitter account of Evan Blass at Venturebeat, who is known to be an extremely reliable source when it comes to smartphone leaks and rumors.

The newly leaked images of Galaxy S9 and S9+ show the devices will look similar to Galaxy S8 and S8+. The display size of the Galaxy S9 will be 5.8 inches, and that of Galaxy S9+ will have a 6.2-inch screen. The smartphones are controlled by Super AMOLED Infinity Displays and have a multitude of sensors located in the top bezel.

As indicated by the teaser image revealed this week that read “The Camera. Reimagined”, Samsung is placing big emphasis on the cameras. The primary [rear] 12MP camera is said to have a variable aperture that can mechanically adjust and switch between f/2.4 and smallest-in-class f/1.5. Also, the smartphones are rumored to feature motion-detect and support “super slow-mo” videos in 480fps at 720p. The larger Galaxy S9+ will feature a secondary rear 12MP camera with a standard fixed aperture and using optical image stabilization (OIS) to steady shots, and both phones will have 8MP front-facing cameras.

Additionally, an image of a supposed S9 retail box leaked a little earlier this month says the device will be equipped with “Stereo Speakers tuned by AKG.” It also appears like the fingerprint sensor will remain along with iris unlocking.

The Galaxy S9 and S9+ smartphones are speculated to start shipping and selling through retail channels on March 16. Also, there is no word on pre-order availability yet.