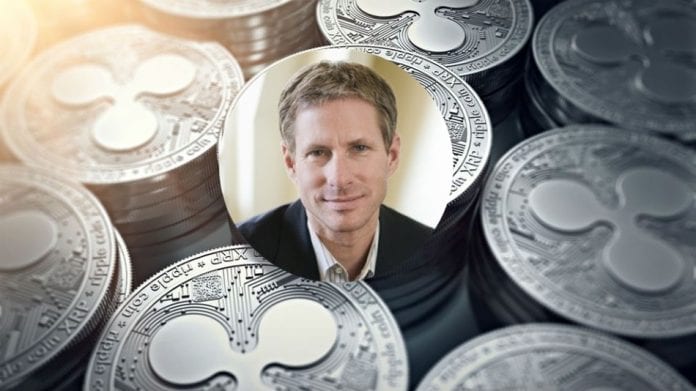 In the cryptocurrency universe, if you mined or even bought some Bitcoin around seven to eight years ago, you would be sitting on a gold mine right now. Such is the story of Ripple co-founder Chris Larsen, a fintech expert, who has managed to bulldoze the competition and become one of the ‘richest person in the world’.

Larsen currently holds a 17% stake in the company, and according to experts, it has an implied market value of around $37.3 billion.

Larsen, on the other hand, believes that if Ripple can be given such a huge value, then so can Bitcoin.

“If centralised Ripple is worth $320 (billion) then decentralised Bitcoin is (definitely) going to be worth trillions.”

Don’t worry guys… I’m sure this is totally sustainable.

According to Ripple CEO Brad Garlinghouse, Ripple has done very well because it can be very useful for a low-fee payment method. He does say that while he supports Bitcoin, this cryptocurrency is currently not in a position to solve the payments issue, though there are still merchants around the world that are accepting Bitcoin.

“One of the reasons why I think XRP has done very well recently is… Bitcoin is not in a position to solve a payments problem, particularly when you talk about micropayments.”

What predictions are you going to make around Ripple regarding its sustainability? Will Chris Larsen become richer than ever before?

Do let us know in the comment section below.

This story has been updated for corrections.

The Original version of the story stated, Chris Larsen as the richest man in the world.