Banking on the popularity of cryptocurrency mining, Asus, the Taiwan-based electronic manufacturer, has unveiled its own new monster motherboard specifically built for cryptocurrency miners that has the ability to support up to 20 GPUs. In other words, with the introduction of the new motherboard, ASUS is looking to simplify the process of connecting multiple GPUs to it.

Called as the ASUS H370 Mining Master motherboard, the device enables the users to effectively power an entire mining farm with one single board. The ASUS H370, which is a follow up to the B250 Mining Expert launched in September last year, also supports streamlined connectivity by allowing USB riser cables to plug directly into the PCB (Printed Circuit Board) to simplify connectivity.

According to the company, it will be easier to identify problems with the motherboard reducing the downtime and ensure fewer PCIe (Peripheral Component Interconnect Express) disconnects.

The H370 mining motherboard is so focused on optimizing crypto-mining that ASUS has made mining-specific tweaks, with one of them being the GPU state detection before the board boots, which identifies the location and status of each port and allocates alphanumeric codes for easy identification. 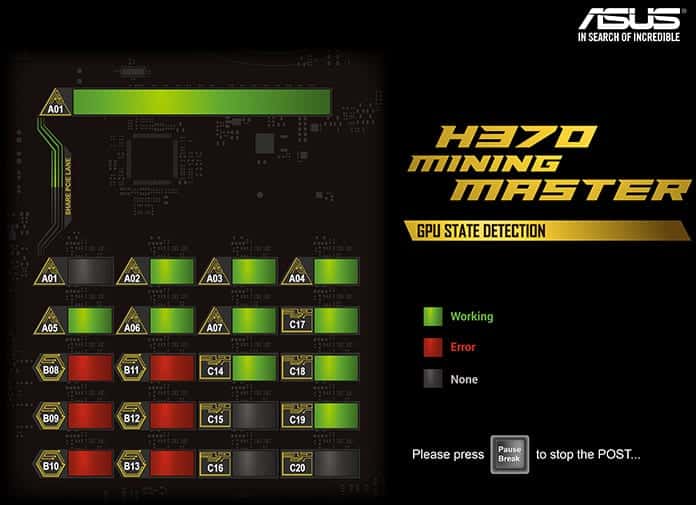 Let’s have a look at the full specifications of the motherboard in a glance:

The ASUS H370 Mining Master motherboard is expected to be available initially in the North American countries between July to September this year. However, there is no word on pricing from ASUS on the H370 yet.