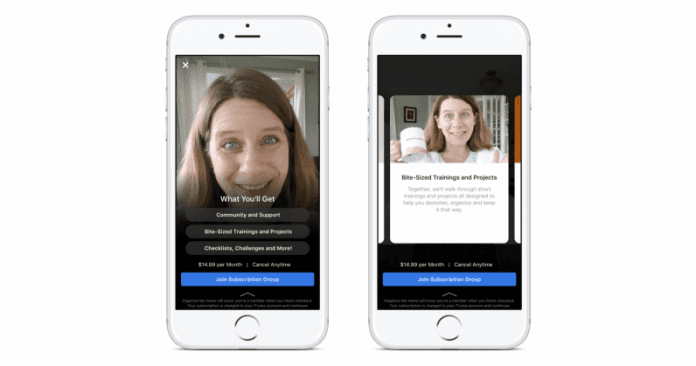 If all goes well, you could soon have to pay a monthly subscription fee for being a member of user-created groups in order to access the content within. Apparently, Facebook, the social media giant, is rolling out a pilot program that will allow Group Admins to charge monthly subscription fees for exclusive access to their content.

Facebook says the new feature will help Group Admins, who invest their time and energy to maintain their groups, and also help them earn money at the same time.

In an announcement made in a blog post, Alex Deve, Facebook’s Product Director of Groups said that, “We hear from group admins that they’re looking for ways to help them earn money to deepen engagement with their members and continue to support their communities. Many admins do this today by creating an additional subscribers-only group that sits alongside their existing group, and rely on additional tools to track and collect payments. Subscription groups were created to make it easier for admins to provide these experiences with built-in tools, and to save them time so they can focus on offering members-only content. For members, they’re now able to sign-up and manage their subscription through the Facebook app for iOS and Android.”

The subscription service will allow Group admins to offer paid, members-only content. Parenting, cooking, and home cleaning groups are the first ones to receive the new feature as a part of an early test.

For instance, the pilot subscription model with the new feature has been rolled out to Meal Planning Central Premium, a meal preparation community, Organize My Home group, which helps members with tips on how to keep their homes tidy, and Grown and Flown Parents: College Admissions and Affordability, a dedicated college preparation group that helps prepare parents of high schoolers for the college application process. If the pilot subscription model is successful and financially viable, the feature will be further enhanced and expanded to additional groups.

The monthly subscription that a user might have to pay to be a member of a subscription group could range from $4.99 to $29.99. Apple and Google will be getting a percentage of user subscriptions fees via iOS and Android, as part of standard App Store and Play Store policies. However, Facebook won’t be taking a share of the revenue during the program’s pilot phase; but this could likely change if the program expands to more groups in the future.