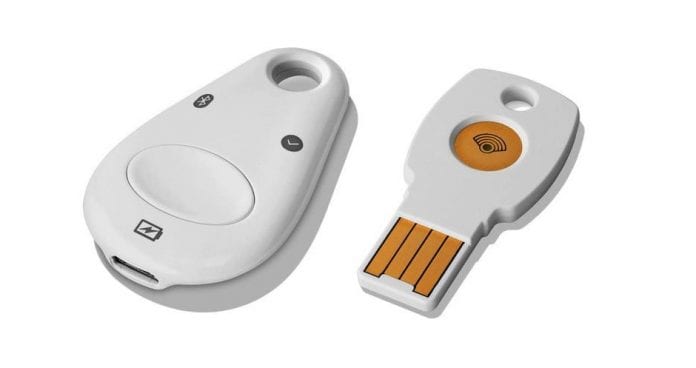 Google launched its own physical security keys for two-factor authentication at its ongoing Google Cloud Next event day before yesterday, in an attempt to stop customer’s accounts from being hacked.

Known as the Titan Security Key – a physical device – it works in a way similar to the products offered by companies like Yubico and it can be used to add an extra layer of security to protect data on the sites and services against phishing attacks.

In 2017, Google started giving out physical security keys to all 85,000 employees to login accounts. Following this implementation, no employee has experienced any account hacks and phishing attacks since then.

According to a Google spokesperson who spoke with KrebsOnSecurity said, “We have had no reported or confirmed account takeovers since implementing security keys at Google. Users might be asked to authenticate using their security key for many different apps/reasons. It all depends on the sensitivity of the app and the risk of the user at that point in time.”

With the use of physical security keys, Google has removed the need for its employees to remember passwords or use one-time access codes.

“Titan Security Key gives you even more peace of mind that your accounts are protected, with assurance from Google of the integrity of the physical key,” Jennifer Lin, Product Management Director, Google Cloud said in a statement.

For those unaware, Physical Security Keys are simple USB-based devices that work as an alternate approach to the now universal two-factor authentication (2FA). They work on an open-authentication standard known as ‘Universal 2nd Factor (U2F)’ that removes the need to remember multiple passwords for various sites.

Google’s Titan Security Key, which is built on the FIDO specification, works just like other security keys and can be used over Bluetooth or USB. Titan Security Key can not only be used to secure the host of services offered by Google, but also with other non-Google services.

The keys will ship in two separate variants: a USB version for desktop or laptop platforms, and a Bluetooth-compatible version for mobile devices. It will come in a bundle with both the USB and Bluetooth versions for $50, or you can buy one or the other for about $20 to $25 each.

While the keys are now available for purchase to Google Cloud customers, they will be available for sale for regular customers in Google Store within the next few months, the search giant said.