Kodi is a free and open-source media player software application developed by the XBMC Foundation, a non-profit technology consortium.

It experienced a surge in popularity since its release for being a great home entertainment platform. In 2014, it even received the Lifehacker award for being the best media player.

Also Read- What is Kodi and is it legal?

Yes. Kodi itself is a legal software and you shouldn’t get into trouble while using it. The problem lies with its add-ons. These are essentially apps that let you stream content.

Some Kodi distributions and hardware devices market Kodi pre-loaded with the software and add-ons. This has led some users to believe that these add-ons are part of the Kodi project itself. The thing is, many of these add-ons have been connected to copyright infringement and have since been banned.

Kodi’s propensity for use as a means to stream unlicensed content is what has made it a “hot potato” for some companies. Amazon has taken Kodi off their shelves. Google has even removed it from its autocomplete search query.

This is why your Kodi is being blocked.

But, don’t fret because, with the following guide, you’ll learn how to unblock Kodi and enjoy its award-winning features once more. 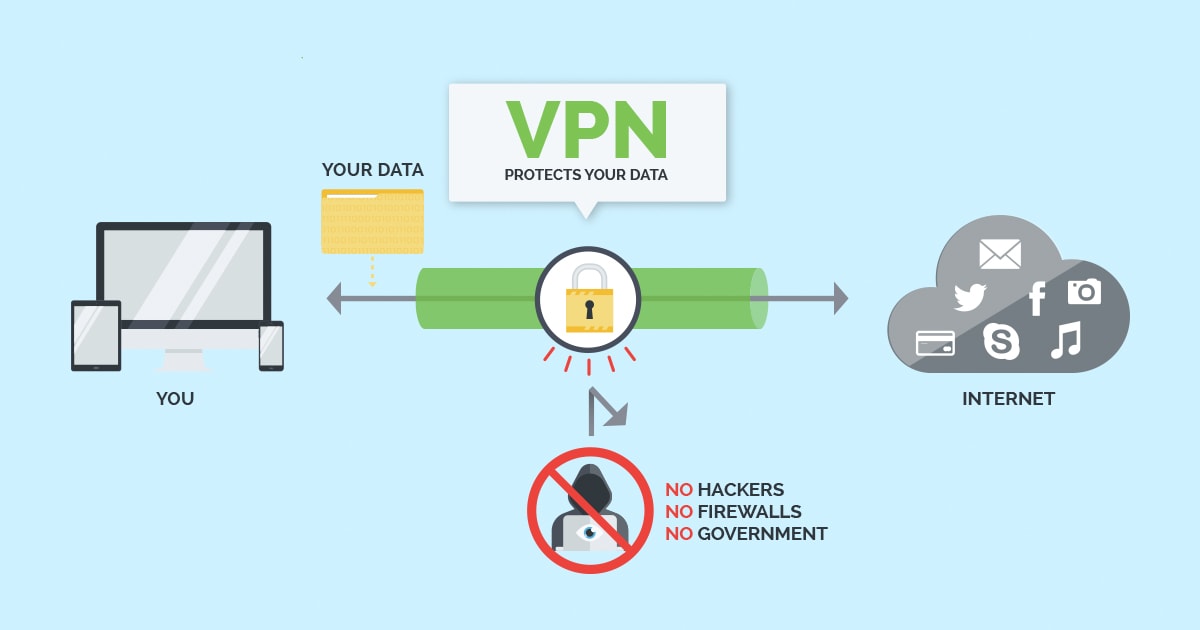 By far the best way to unblock Kodi no matter where you are located is by using a VPN.

Many Kodi add-ons are geo-blocked. This means that they’re only available in some countries and inaccessible elsewhere. Geo-blocks work by preventing IP addresses outside allowed countries from accessing the add-on.

These blocks are what most users commonly experience. But, there’s another problem that you should watch out for when using Kodi: MitM attacks (Man-in-the-Middle).

These attacks are a problem for Kodi users because the content you get on Kodi doesn’t come from the Kodi software itself but from its add-ons.

Kodi automatically downloads updated versions of add-ons once it finds the local MD5 files outdated. The problem is these updates occur via an unencrypted HTTP connection. This makes it easy for hackers (who have intercepted the internet traffic) to send a random MD5 file that could contain malware.

Fortunately, installing a VPN gets around both these problems. A VPN works by masking your IP and encrypting your internet traffic.

You can use the VPN to have your IP seem like it comes from a country that allows access to Kodi’s add-ons.

A VPN also encrypts your internet traffic effectively blocking hackers from intercepting it and targeting you with malware attacks.

These are the reasons why installing a VPN is the most common way to unblock Kodi these days. However, there are some caveats that you should be aware of when choosing a VPN.

Some have argued that VPNs aren’t as secure as is commonly thought because they log your information and their government can make them surrender their data. However, this only affects those VPNs who do log your data and are located in the 14-eyes jurisdiction.

This is why you should only install a VPN you can trust. If you’d like a head start on your search, here’s a link to the best VPN for Kodi.

If using a VPN is like hopping on a bulldozer to break through geo-blocks, a smart DNS proxy is more like you learning parkour to find a way around or over those geo-blocks.

However, unlike a VPN, you’re doing this without much protection or privacy. So, you may need to weigh in the value of your safety and privacy when choosing between using a VPN or a smart DNS proxy.

Personally, I prefer a VPN because you never know when bad actors might strike. Still, the ultimate choice lies solely on your shoulders. 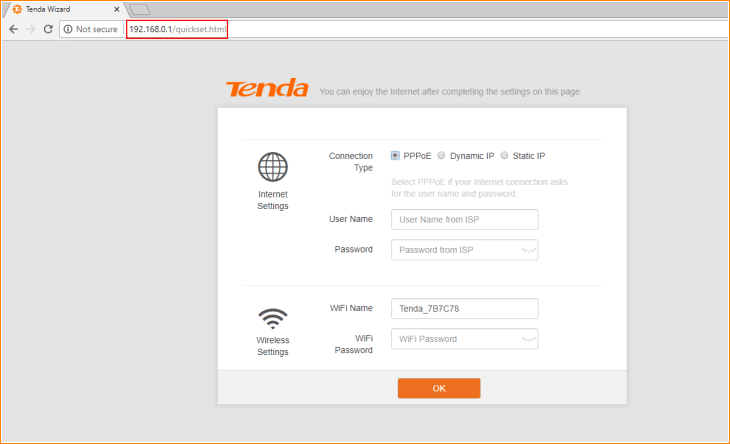 This simple solution is geared more towards users in the UK. It may also work for those outside the UK if you find that your ISP has blocked Kodi or has prevented it from working at its full potential.

ISPs in the UK have filters that block content like videos and other apps. Rather than following court orders to prevent copyright infringement, these filters are typically put in place to prevent children from accessing mature content.

If you find Kodi add-on lists suddenly coming up empty or that other media now results in error messages, odds are that your ISP has set up filters for those contents.

Here’s a quick guide on how to change ISP settings if you’re a UK ISP user. 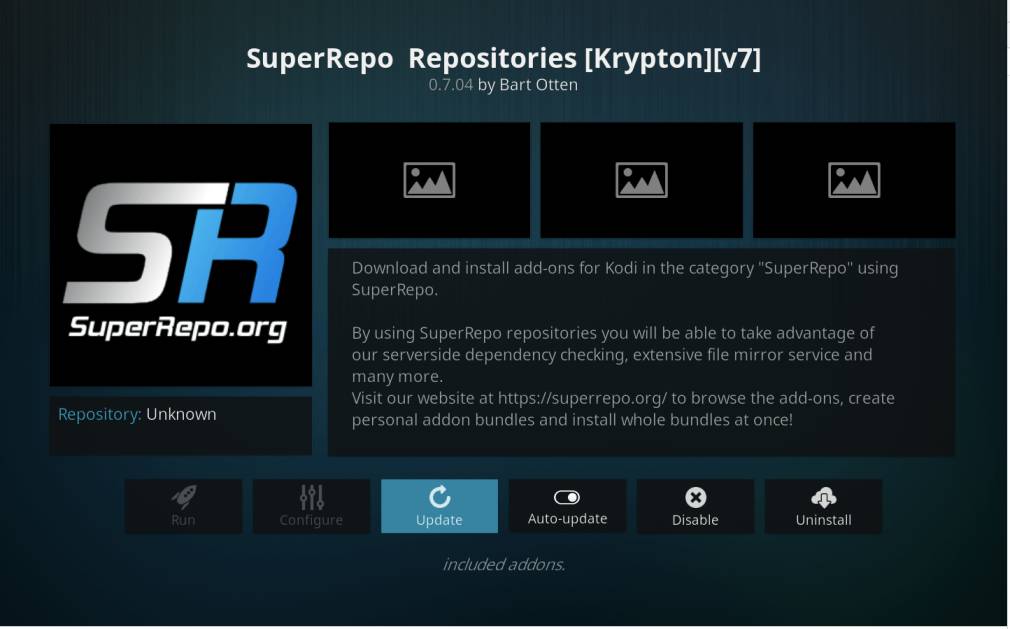 This final solution is the most controversial in this list. This is because many Kodi repositories have been blacklisted as being platforms for copyright infringement.

There are still some Kodi repositories that have not been banned and are currently working.

Kodi repositories are sources of Kodi add-ons. Think of them like the Google or Apple app store where you can choose and download apps. Kodi itself has an official (albeit limited) repository.

If you find that accessing certain add-ons one at a time has become difficult (if not impossible due to it getting blocked), you can access the add-ons through these repositories. This means that you’re effectively circumventing the blocks made on these add-ons singularly.

Kodi is a brilliant home entertainment hub. It quickly rose in popularity since its creation but has suffered several blows in recent years. These blows have resulted in Kodi add-ons getting blocked over the years.

The best way to unblock Kodi is by installing the best VPN for Kodi. You may also opt for a smart DNS proxy if your privacy isn’t much of a concern.

You may also have luck unblocking add-ons by simply changing your ISP settings.

Finally, you can bypass certain blocks by installing Kodi repositories that come with your preferred add-ons but you have to make sure to use a VPN if you choose to do this.

Hope you have successfully unblocked Kodi till now. Do let us know if you are aware of any other method to unblock Kodi.