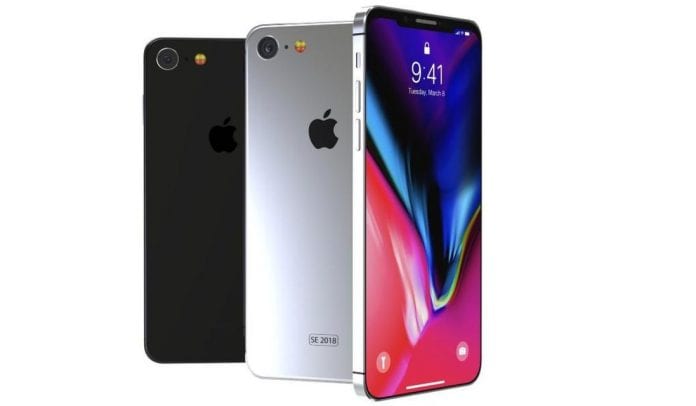 ‘iPhone xx’ reference found in Xcode 10, features A 2-Year-Old A10 Processor and can be iPhone SE2

Apple is expected to unveil three new iPhone models, a 5.8-inch OLED, 6.1-inch LCD, and 6.5-inch OLED on September 12. With less than a month to go for the launch, new reports regarding the still unannounced 6.1-inch LCD budget iPhone has cropped up.

The snippet code has references to an “iPhone xx” in the Xcode 10 thinning options with its model identifier being “iPhone9,7”. This device, which is internally called LCP with the model number N84 could be the “low-cost iPhone”.

What is more interesting is that this ‘iPhone 9,7’ is expected to run Apple’s A10 Fusion processor, which was launched originally on the iPhone 7 and iPhone 7 Plus. It is also expected to feature a DCI-P3 LCD panel.

Apple A10 processor, P3 display, same artwork subtype as iPhone 7. This matches what a next generation iPhone SE with iPhone 7 internals would look like. pic.twitter.com/R85I96Hksy

Also, the references made to the budget iPhone variant in Apple’s Xcode software suggest that the device could succeed iPhone SE, which was announced in 2016. This means that it is possible that the smartphone could be likely called ‘iPhone SE2’.

Further, this ‘iPhone 9,7’ 6.1-inch budget LCD iPhone is expected to feature Face ID, 3GB of RAM, a single camera set-up at the rear, and a bezel-less design similar to other iPhones. The handset is also expected to sport dual-SIM functionality and may come in a variety of colors. This budget-friendly device is expected to cost around $699.

Apple is yet to comment on the upcoming iPhones. Keep watching this space for more updates, as this is a developing story!