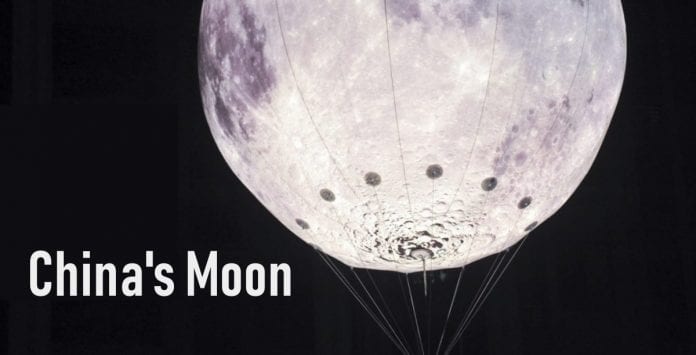 Chinese scientists are planning to launch an artificial or man-made moon into orbit by 2020 to illuminate city streets after dark and lower electricity costs in urban areas.

Chengdu, the capital of China’s southwestern Sichuan province, is developing an illumination satellite that will have a reflective coating to cast sunlight back to Earth, according to a report in China Daily. The satellite will be about 500 km (310 miles) above the Earth, compared to the moon’s 380,000 km (236,000 miles). These satellites will be eight times brighter than Earth’s moon and will supplement streetlights at night in the city of Chengdu.

However, the streetlights wouldn’t “light up the entire night sky,” Wu Chunfeng, head of Tianfu New District System Science Research Institute in Chengdu, told in an interview with China Daily. “Its expected brightness, in the eyes of humans, is around one-fifth of normal streetlights,” added Wu. It could also help in emergency services during blackouts and natural disasters, he added.

According to Wu, an estimated 1.2 billion yuan ($170 million) could be saved annually in electricity costs for Chengdu, if the man-made moons illuminate an area of 50 square kilometers.

If the experimental project proves successful, China’s artificial moon may be joined by three more moons around the country in 2022. “The first moon will be mostly experimental, but the three moons in 2022 will be the real deal with great civic and commercial potential,” Wu said.

However, much more testing needs to be done, Wu said, to ensure the plan is feasible and will not have a harmful effect on the natural environment.

“We will only conduct our tests in an uninhabited desert, so our light beams will not interfere with any people or Earth-based space observation equipment,” he told the Daily.

Chengdu’s artificial moon project was announced by Wu at an innovation and entrepreneurship conference in Chengdu on October 10. The first man-made moon will launch from Xichang Satellite Launch Center in Sichuan.

This is not the first time that a country is trying to beam sunlight back to Earth. In the 1990s, Russian scientists carried out an experimental project called Znamya or Banner that used giant mirrors to reflect light from space. However, the mirror failed to unfold in space and the experiment was halted.