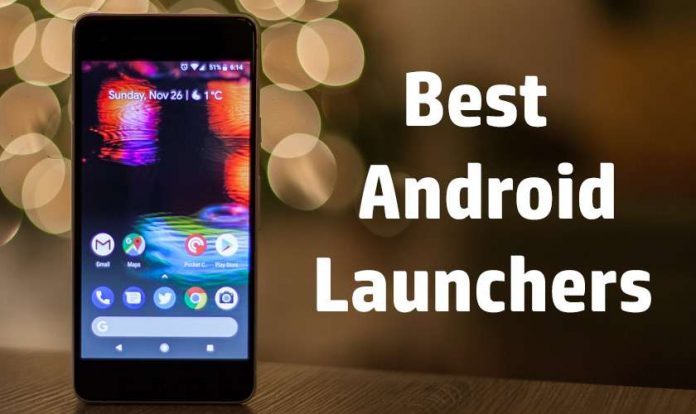 Android is the most popular smartphone OS of all time. In fact, more than 85% of smartphone users prefer using Android over iOS.

One of the primary reasons why people prefer using Android over much more stable and reliable iOS is the ability to customize their smartphones as per their preference.

ALSO READ: 10 Of The Best Free Android Apps You Should Check Out

What Is An Android Launcher?

Before sharing the actual list of best Android launchers, it’s important to know what exactly is an Android launcher. One of the most important factor, why people prefer using Android over iOS, is the ability to customize their smartphone as per their preferences.

Android launcher is an application that makes the process of customizing a smartphone fairly simple. 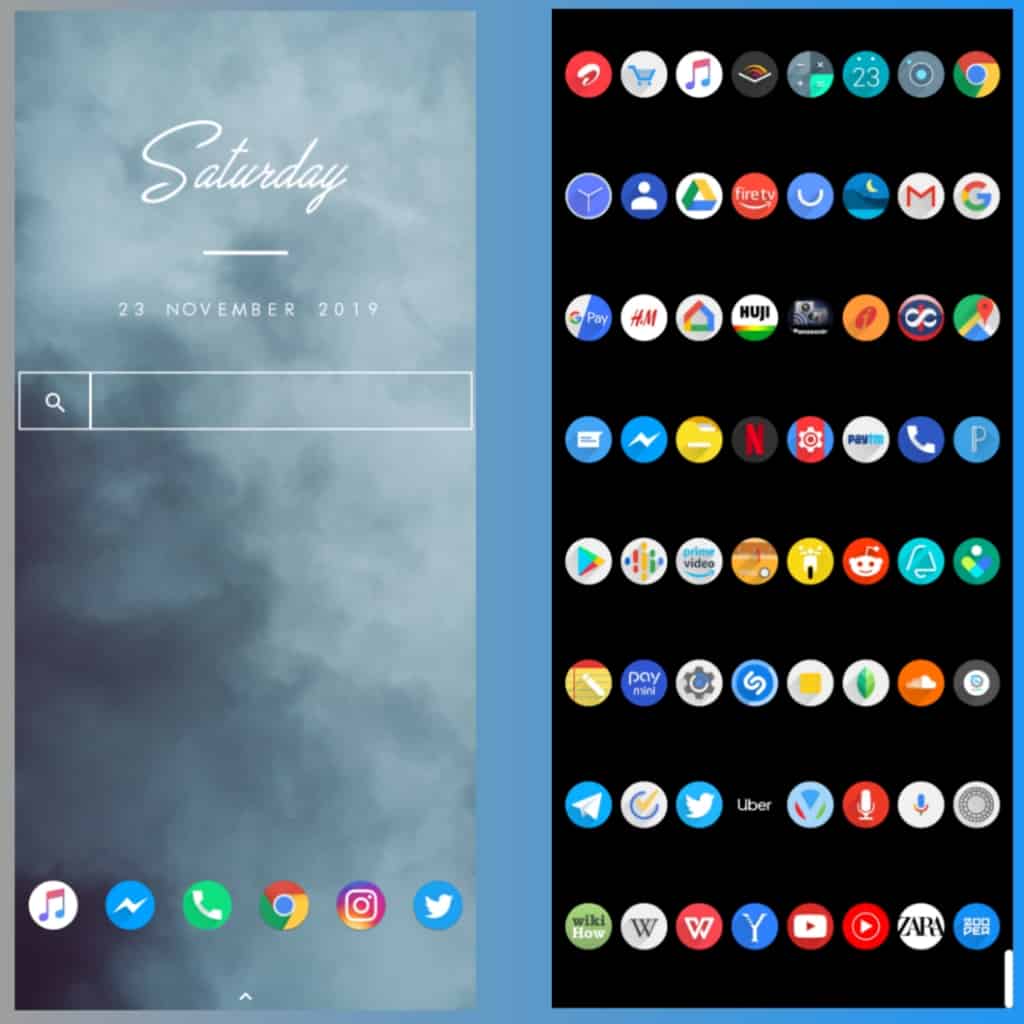 An Android launcher allows users to customize their home screen, install third-party icon packs, transform the app drawer, and much more. In addition to customization, launchers also enhance the software features of a smartphone.

Lastly, unlike a custom ROM, there’s no need to permanently install a particular launcher. 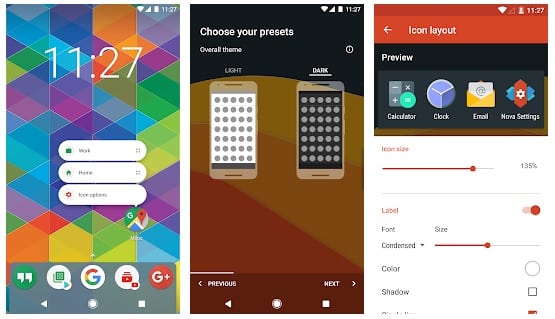 The first and possibly the most customizable Android launcher on the list is Nova Launcher. You can easily customize every aspect of this launcher and make your custom Nova Launcher setup.

This popular launcher for Android supports thousands of icon packs, widgets, and themes. Nova Launcher is relatively lightweight and consumes fewer resources for its proper functioning. Lastly, you can easily backup and even share your custom Nova Launcher setup with others. 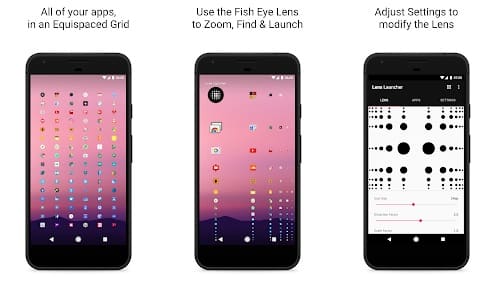 The next unique launcher on the list is Lens Launcher. As the name of this Android launcher suggests, it replicates a graphical fisheye lens. Apps on Lens Launcher are placed in an equispaced grid.

Using the graphical fisheye lens you can quickly zoom, pan and launch apps with touch gestures. Furthermore, the launcher allows users to tweak things like lens distortion, scaling of the lens, icon size, haptic feedback, and much more. Lens Launcher will provide a unique look to your phone. 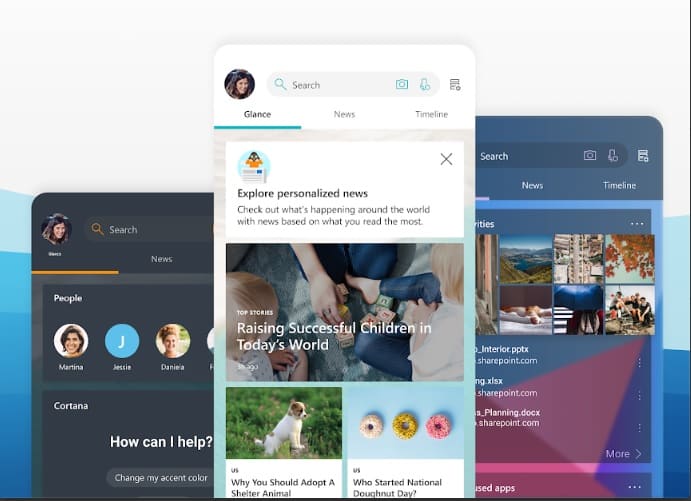 Microsoft Launcher is another impressive launcher for Android smartphones. Similar to Nova Launcher, you can customize the wallpaper, theme, accent colors, icon packs, and gestures on Microsoft Launcher.

Nifty features like the ability to pin contacts on your home screen and personalized feed for news, calendar events, and documents help the Microsoft Launcher to stand out from the crowd. Lastly, the continue on PC feature allows users to continue editing an Office 365 document on PC. 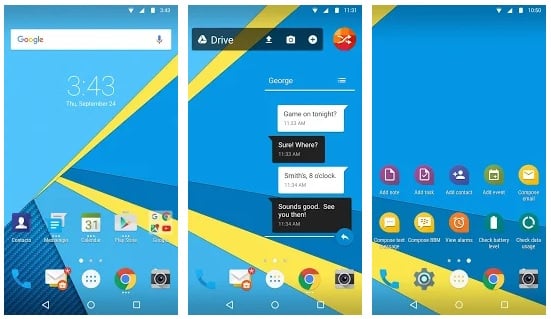 The name says it all; Blackberry Launcher allows users to replicate the UI found on Blackberry smartphones. This underrated launcher for Android smartphones has a clean and straightforward UI.

Using the Blackberry Launcher, you can create custom shortcuts for Speed Dial, Google Maps Directions, Drive Scan and place them on different home screens. Furthermore, the launcher allows users to hide individual apps. Lastly, its worth noting that after the compilation of 30 days trail ads will start showing up on the launcher. 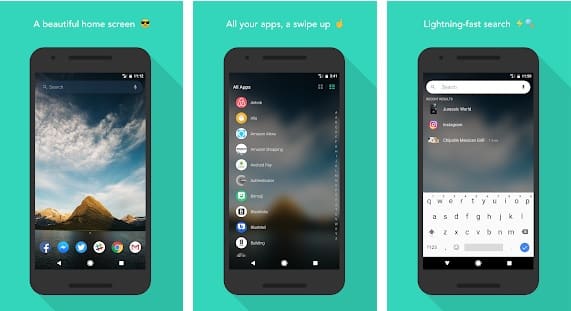 The next feature-rich launcher on the list is Evie Launcher. This launcher offers a clean and distortion-free UI. Evie launcher consumes decidedly fewer system resources and it offers great performance. 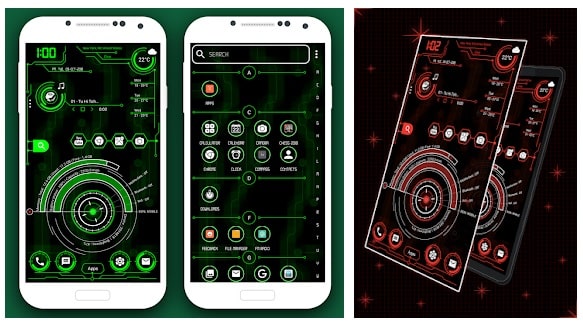 If you want to provide your smartphone with a unique and sci-fi based look, then Hi-Tech Launcher might help you. Widgets like clock, weather information, memory analyzer, music player and battery information are displayed on the home screen of this launcher.

The complex UI of this launcher can help your smartphone to stand out from the crowd. Hi-Tech Launcher is very lightweight. Consequently, you can expect smoother and faster animations. As for customization, you can tweak the accent color of this launcher, enable or disable animations, and replace icon app with another app. 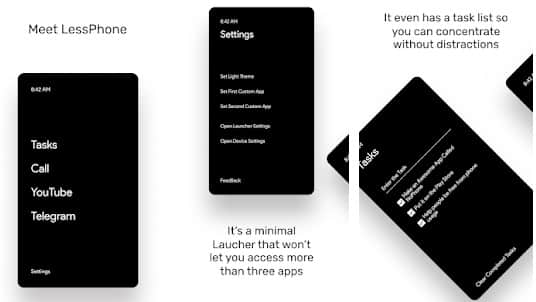 The launcher also comes with a built-in task manager that helps manage your day. Initially, you might find it difficult to live with only three apps, but sooner or later you will adapt to it. Lastly, you can upgrade to the dark mode by making a small in-app purchase. 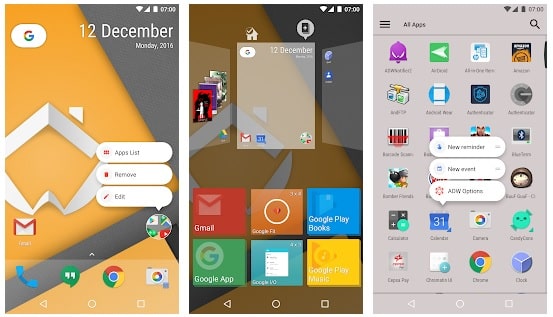 The next fast, fluid & and very customizable launcher for Android smartphones on the list is ADW Launcher 2. Similar to Nova Launcher, ADW Launcher 2 offers the ability to customize every aspect of this launcher. ADW Launcher 2 replicates the stock Android UI.

The launcher allows users to back up their setup and even share it with other users. Moreover, the transitions, animations, and fast scroll app drawer style make the ADW Launcher 2 feel much more responsive and faster. 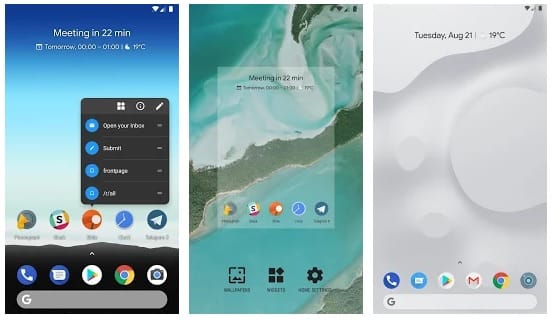 If you want to replicate the UI found on Google’s flagship Pixel smartphones, then Rootless Launcher might help you. Rootless Launcher offers a clean and stock Android-based UI. The launcher also changes different aspects of the home screen based on the wallpaper applied by the user.

As for downsides, Rootless Launcher is not as customizable as other launchers mentioned on the list. That said, you can still use this launcher for replicating the stock Android UI. 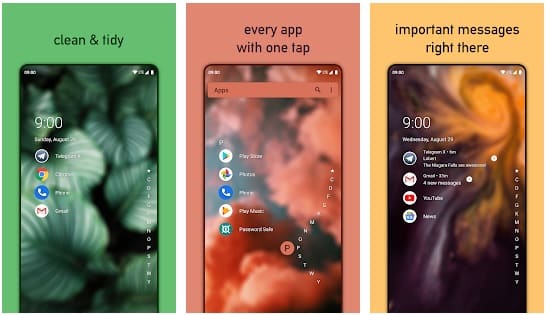 The last best Android launcher on the list is Niagara Launcher. This feature-rich launcher offers a clean and minimal UI. Niagara Launcher only displays things that matter to you the most. The launcher also helps users to use their smartphone with one hand.

Are Launchers Safe For Android?

Yes, they are! using an Android launcher won’t harm your smartphone. Generally, the default launcher or custom skin of a smartphone is very-well optimized.

That said, these default custom skins consume a considerable amount of system resources. Consequently, using a light launcher you can prevent this loss in resources. Conversely, if you own a low-powered Android smartphone then a launcher could make your smartphone slow.

A third-party launcher completely changes the user interface of your smartphone and using it won’t cause any harm.

Yes, Android launchers do drain some battery. That said, the amount of battery used by launchers is absolutely normal. Similar to any other application a launcher runs both in background and foreground.

Fortunately, most mainstream launchers come with a battery monitoring feature. This feature reduces the visual appearance and certain special effects to save battery.