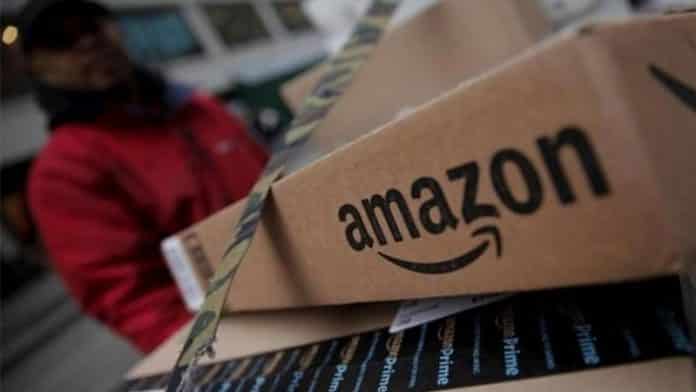 In an effort to reduce fraud from delivery drivers, the world’s largest online retailer, Amazon, is now asking them to take selfies to identify themselves before they can continue to work.

The new requirement is applicable to Amazon Flex drivers who work as independent contractors for Amazon’s fastest Prime deliveries, deliver packages using their own vehicles, have flexible working hours and get paid between $18 to $25 per hour.

The prerequisite requires the delivery drivers to take selfies on the road in order to record and verify their identities before delivering packages to customers, reports The Verge. However, Amazon warns drivers to not take a selfie while driving.

“To continue delivering, please help us verify your identity by taking a selfie. Do not take a selfie while driving. This photo won’t be shown to customers,” prompts the pop-up message recently introduced in the Amazon Flex app.

The new alterations made on the Amazon Flex app is basically to ensure that the same account is not used by multiple people and also prevent anyone who has eluded background check or is technically unauthorized, such as criminals or thieves, from delivering packages for Amazon. It also protects drivers from unauthorized usage of their Flex accounts.

The app uses facial-recognition software that verifies the driver’s selfies with the photos stored in the driver’s account. This helps to protect drivers from unauthorized usage of their Flex accounts.

Before Amazon started requesting selfies, the company had notified all its drivers via the Flex app for consent on collecting their photos and biometric data.

“Amazon Flex may collect, store, use, and derive biometric data from your submitted pictures (including your pictures we already have on file), driver’s license, or government-issued ID (such pictures and derived biometric data collectively are your ‘identity data’),” a notification within the Flex app stated. “Amazon Flex will use your Identity Data to confirm your identity from time to time. Amazon Flex will keep your Identity Data for as long as permitted by applicable law or until you request deletion.”

In the meantime, a similar policy was implemented by the ride-sharing service, Uber in 2016 requiring drivers to take selfies before signing into the platform and accepting ride requests.

“This prevents fraud and protects drivers’ accounts from being compromised. It also protects riders by building another layer of accountability into the app to ensure the right person is behind the wheel,” wrote Joe Sullivan in a blog post in 2016, who was the head of security for Uber back then.