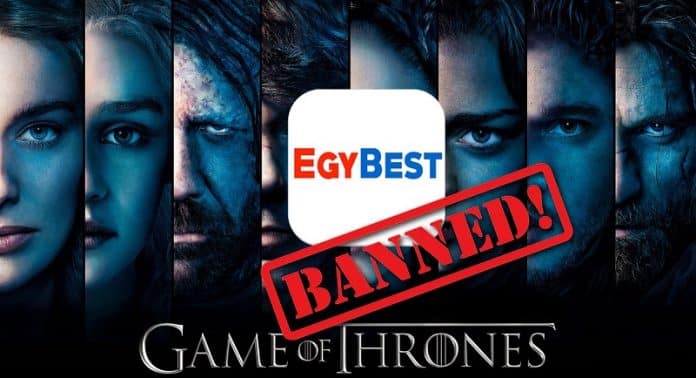 Egy.best, one of the leading pirated streaming website in predominantly Arabic speaking countries, has shut down permanently without providing proper warning or any explanation, reports TorrentFreak.

When you visit the site, it greets you with the site’s logo and ???????. written below it in black font, which means “The End” translated from Arabic.

The site with a tagline “Made in Egypt” offered access to pirated copies of movies and TV-shows that could be downloaded and streamed for free, mostly with subtitles.

While no official statement has been released by the site’s operators, Egy.best had posted a message on their Facebook page last week, which has since been removed, that several Egyptian ISPs have started blocking their site.

In a statement, the owners explained that “EgyBest website has been blocked for a large number of users in Egypt. We really apologize to you and thank you for everything.”

Shortly after, the website shut down leading to speculations that the reason behind the close down could some kind of legal pressure.

Not just Egy.best, several other websites including Arab Lions, Akoam, Movies land, Arab Seed, Mazzika Today, Shahid4u, and Cima4up too have been blocked by Egyptian ISPs. While some of these switched to new domain names subsequently, but Egy.best didn’t.

Egy.best was not only among the ten most visited sites in Egypt, but also the number one pirate site in several neighboring countries, including Algeria, Kuwait, Morocco, and Saudi Arabia.

If you are looking for Egy.best alternatives, below is a list of three best streaming sites to download free movies and TV shows, which are legal and safe.

Netflix, another popular streaming service, the company’s primary business is its subscription-based streaming over-the-top service which offers online streaming of a library of films and television programs, including those produced in-house. Netflix offers blazing fast streaming speeds and offers cross-platform support. You can watch your favorite movies online for free with the one-month free trial and can continue watching by paying a subscription fee if you like the service. Like many other websites, Netflix also has its native Android and iOS applications.

YouTube offers a wide variety of user-generated and corporate media videos that includes video clips, TV show clips, music videos, short and documentary films, audio recordings, movie trailers, live streams, and other content such as video blogging, short original videos, and educational videos. Apart from this, many users illegally upload movies on the website. While uploading copyrighted content is illegal but watching them isn’t. You can get pleasing video quality and fast streaming speeds on YouTube. Like Amazon Prime and Netflix, YouTube too offers well-developed Android and iOS applications.