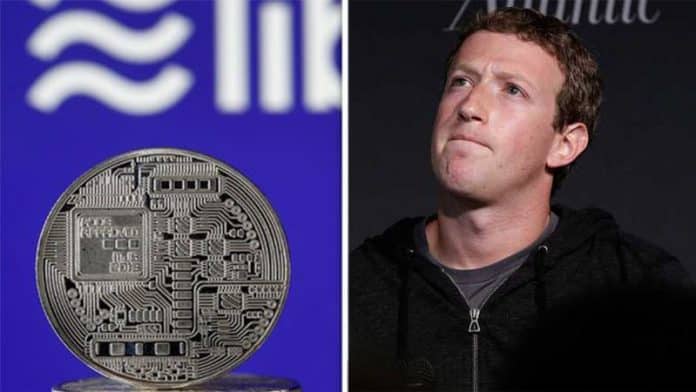 Facebook finally on Tuesday unveiled its ambitious cryptocurrency project called “Libra” and its wallet called “Calibra” that it had been working on for more than a year.

The Mark Zuckerberg-led company, which is hoping to begin the project next year with 100 partners, has already hit a roadblock with the announcement.

Apparently, Maxine Waters, US Congresswoman and Chairwoman of the House Financial Services Committee, has directed Facebook to pause its cryptocurrency project until Congress and regulators could examine it.

“Facebook has data on billions of people and has repeatedly shown a disregard for the protection and careful use of this data. It has also exposed Americans to malicious and fake accounts from bad actors, including Russian intelligence and transnational traffickers.

Facebook has also been fined large sums and remains under a Federal Trade Commission consent order for deceiving consumers and failing to keep consumer data private, and has also been sued by the government for violating fair housing laws on its advertising platform,” Waters said in a statement.

“With the announcement that it plans to create a cryptocurrency, Facebook is continuing its unchecked expansion and extending its reach into the lives of its users.”

She has also asked Facebook executives to testify before the committee.

“Given the company’s troubled past, I am requesting that Facebook agree to a moratorium on any movement forward on developing a cryptocurrency until Congress and regulators have the opportunity to examine these issues and take action. Facebook executives should also come before the Committee to provide testimony on these issues,” Waters added.

Further, Waters also added that when it comes to cryptocurrencies “the cryptocurrency market currently lacks a clear regulatory framework to provide strong protections for investors, consumers, and the economy.”

Her comments came after Representative Patrick McHenry, the senior Republican on her panel, wrote a letter to her and asked for a hearing on Facebook’s new initiative.

McHenry wrote, “We know there are many open questions as to the scope and scale of the project and how it will conform to our global financial regulatory framework,” adding:

“It is incumbent upon us as policymakers to understand Project Libra. We need to go beyond the rumors and speculations and provide a forum to assess this project and its potential unprecedented impact on the global financial system.”

Commenting on the matter, a Facebook spokesperson said in a statement that, “We look forward to responding to lawmakers’ questions as this process moves forward.”

Facebook’s move into the financial sector was met with immediate criticism from U.S. lawmakers and regulators around the world, considering the company’s history of failing to protect users’ data and privacy.

“Facebook is already too big and too powerful, and it has used that power to exploit users’ data without protecting their privacy. We cannot allow Facebook to run a risky new cryptocurrency out of a Swiss bank account without oversight,” tweeted Senator Sherrod Brown, the top Democrat on the Senate Banking Committee.

Last month, the Senate Banking Committee had written an open letter to Facebook asking several questions primarily centered around user privacy and data protection, along with how the project would work and how the company would handle user data.

However, the social media giant has yet not replied to the open letter on Libra cryptocurrency sent by U.S. senators, as it is still working on its responses.

“We received the letter and are addressing the senators’ questions,” said a Facebook spokesperson.