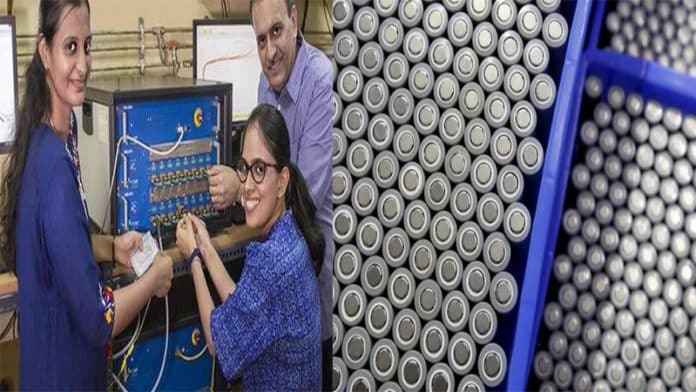 Researchers at the Indian Institute of Technology (IIT) Madras have officially developed the world’s first iron-ion battery, which could be a possible low-cost replacement to the existing mainstream lithium-ion battery.

“The major limitations of lithium-ion batteries are the unavailability of lithium in conjunction with the safety issues. It is hence imperative to look for new and abundantly available electrode materials in order to make the energy storage devices commercially viable, devoid of safety limitations,” said Dr. M.V. Sangaranarayanan Department of Chemistry, a chemistry professor at IIT Madras.

“The “iron batteries” investigated here have a lot of potential usefulness such as (i) low cost; (ii) ease of fabrication and (iii) enhanced safety.”

The iron-ion battery is rechargeable that uses an anode made out of low-carbon steel, a cathode built with vanadium pentoxide, and iron chlorate as electrolyte. Using this design, the team was able to achieve 60% of the performance obtained in the conventional lithium-ion battery.

The battery is much-more cost-effective and also considerably safer and more stable than lithium batteries, as iron is incapable of producing dendrites during the charging process, which, in turn, prevents short-circuits while discharging electricity. Further, the amount of energy that can be stored in the iron-ion batteries is also high compared to the traditional lithium-ion batteries.

The other notable benefit of iron is its favorable physical and chemical properties, says the team. “The redox potential of iron ion is higher than lithium-ion, and the radius of the Fe2+ ion is nearly the same as that of the lithium-ion,” the team claims. “These two favorable properties of iron have been overlooked for so many years. And that’s the reason why we don’t have iron ion rechargeable batteries,” the team added.

As a result, the newly developed iron-ion batteries still requires further testing and optimization before they can replace lithium batteries in the battery market.

The team has already started working on improving the performance of the iron-ion battery. Since the electrolyte cannot be changed, the researchers are experimenting different cathode materials.

“We are currently working on other kinds of battery electrochemistry using iron as one of the electrodes. We are also trying to improve the stability of the battery.