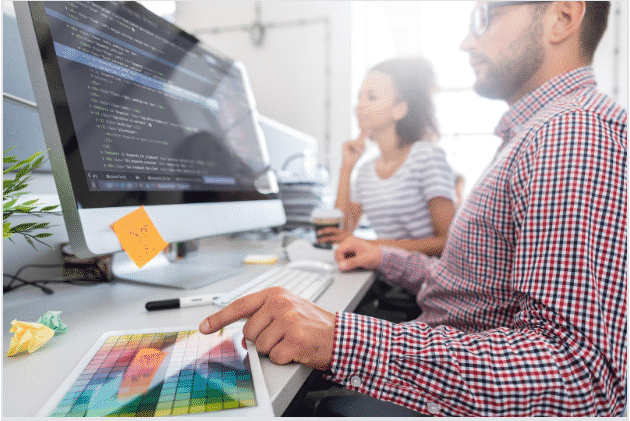 We’re standing in the midst of a coding boom. Whether it’s mobile apps, websites, or creating new software products, the need for software engineers and coders has never been greater. Further, between major tech companies like Microsoft, Google, and Facebook opening offers across the globe as well as start-ups popping up in both small and big cities, the need for skilled developers is only growing.

Thankfully, coding bootcamps are stepping in to help educate a new generation of coding professionals. However, with so many different types of coding bootcamps emerging, it can be challenging to know how to choose the right one. While there are a variety of variables that will help you make the right choice, one of the most important factors to consider is the languages the bootcamp offers to teach you. Since bootcamps are designed to help you get your first job in tech, you’ll want to make sure they include the languages that are most in demand today.

For individuals considering if coding is even right for them, it’s often best to do introductory courses to test things out first. Introductory coding bootcamps exist to test the waters out, and generally include the most basic yet expected web and mobile development languages. Taking a bootcamp with these classes means picking up valuable skills while giving coding a try. These languages include:

Once individuals are confident that they want to pursue a career in tech and coding, they need to decide which aspect of the field they want to tackle. For those who want to create web and mobile products that look great and offer stellar user experiences, coding bootcamps that focus on in-demand front end web development languages and tools will be a good fit. These languages include:

Individuals who prefer the behind the scenes coding work like making sure sites, apps, and digital projects are built on strong foundations, which find back end development to be a strong fit. Coding bootcamps that prepare students for careers in back end development will include languages and tools like:

For individuals interested in what front and back end web development has to offer, there are full stack coding bootcamps. This type of bootcamp blends the languages and tools from each approach to give a broader coding foundation and lets graduates have more flexible options upon graduation.