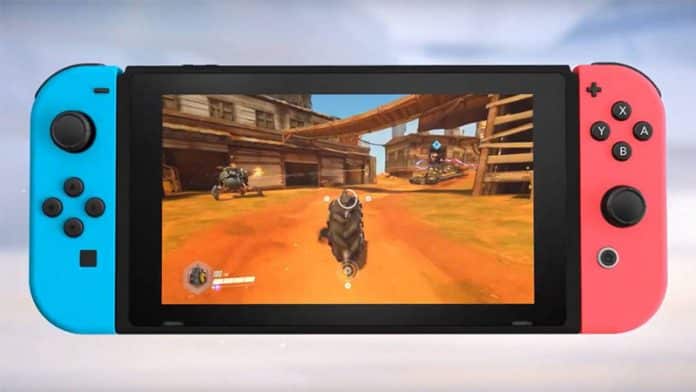 For those unaware, Overwatch is a team-based multiplayer first-person shooter developed and published by Blizzard Entertainment. Described as a “hero shooter,” Overwatch assigns players into two teams of six, with each player selecting from a roster of over 30 characters, known as “heroes,” each with a unique style of play that is divided into three general roles that fit their purpose. Players on a team work together to secure and defend control points on a map or escort a payload across the map in a limited amount of time. Players gain cosmetic rewards that do not affect gameplay, such as character skins and victory poses, as they play the game.

The Overwatch: Legendary Edition for Switch will include all the characters, game modes, and content updates that have been added to Overwatch over its three years of life.

“The Legendary Edition includes more than three years of content updates and gameplay enhancements and we are excited to team up with Nintendo to give players new ways to enjoy the whole Overwatch experience – including in portable mode,” said J. Allen Brack, President of Blizzard.

“Overwatch will bring players together to cooperate and compete in a bright and optimistic vision of the future and we look forward to welcoming Nintendo Switch players.”

Further, Overwatch for Switch console will come with some changes to the gameplay that will allow the players to take advantage of the gyroscopes built into the console.

“In addition, Nintendo Switch gamers have the option to take control of their heroes in a whole-new way using the console’s built-in gyroscopic motion controls, which let players tilt their console to line up the perfect shot as McCree, pilot D.Va through the air, or quickly turn to deflect incoming projectiles as Genji,” added Blizzard.

Sharing more information about Overwatch, Blizzard confirmed that the physical version of the game will not include a game card but just a physical box that has a code for the Nintendo eShop version.

The Overwatch includes the main game, 5 Legendary Hero Skins, 5 Epic Hero Skins, 5 Origin Hero Skins, and more. This game will also include 3 months of Nintendo Switch Online access, which will automatically renew at the end of it.

The Overwatch Legendary Edition will be released on 15th October 2019. It will be available in a boxed version (containing a code to download the game) along with digital version via the Nintendo eShop at a price of $39.99. Both versions come with 15 bonus skins.

Further, those who purchase pre-purchase Overwatch by October 15th will receive the Noire Widowmaker skin. Additionally, those who buy Overwatch on Nintendo Switch by December 31, 2019, will receive a bonus Golden Loot Box with at least 1 guaranteed Legendary item!

Overwatch on Switch will not have cross-platform play at launch. However, Blizzard issued the following statement regarding cross-platform capabilities.

“We’ve seen how compelling cross-system play can be for our community, and we’re excited about the potential. There’s still a lot of work to do on both our side and the platforms’ side to determine whether this is something that makes sense for Overwatch, and we’re keeping an eye on how cross-play systems and technology develop.”