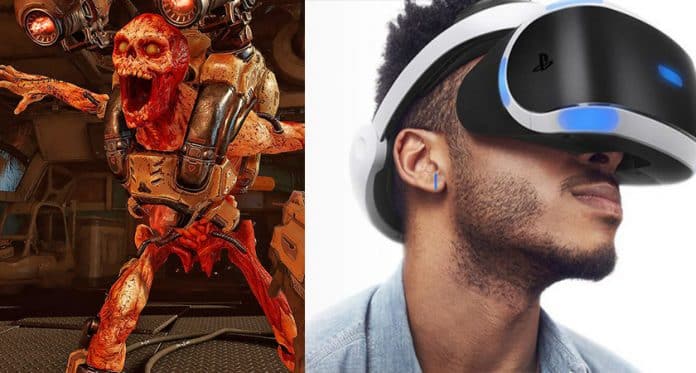 Did you recently bought a new VR headset? Are you scouting for some of the best VR games? Well, if your answer to these two questions is Yes! then this article will help you.

Fortunately, VR headsets are getting more lighter and affordable. Additionally, the PC requirements to play VR games at good framerates are also getting lower. In fact, we can expect VR games to become mainstream in a year or two.

What Are VR Games And How To Play Them?

Before sharing the list of best VR games, it’s important to know what actually are VR games and how you can play them using your existing hardware. 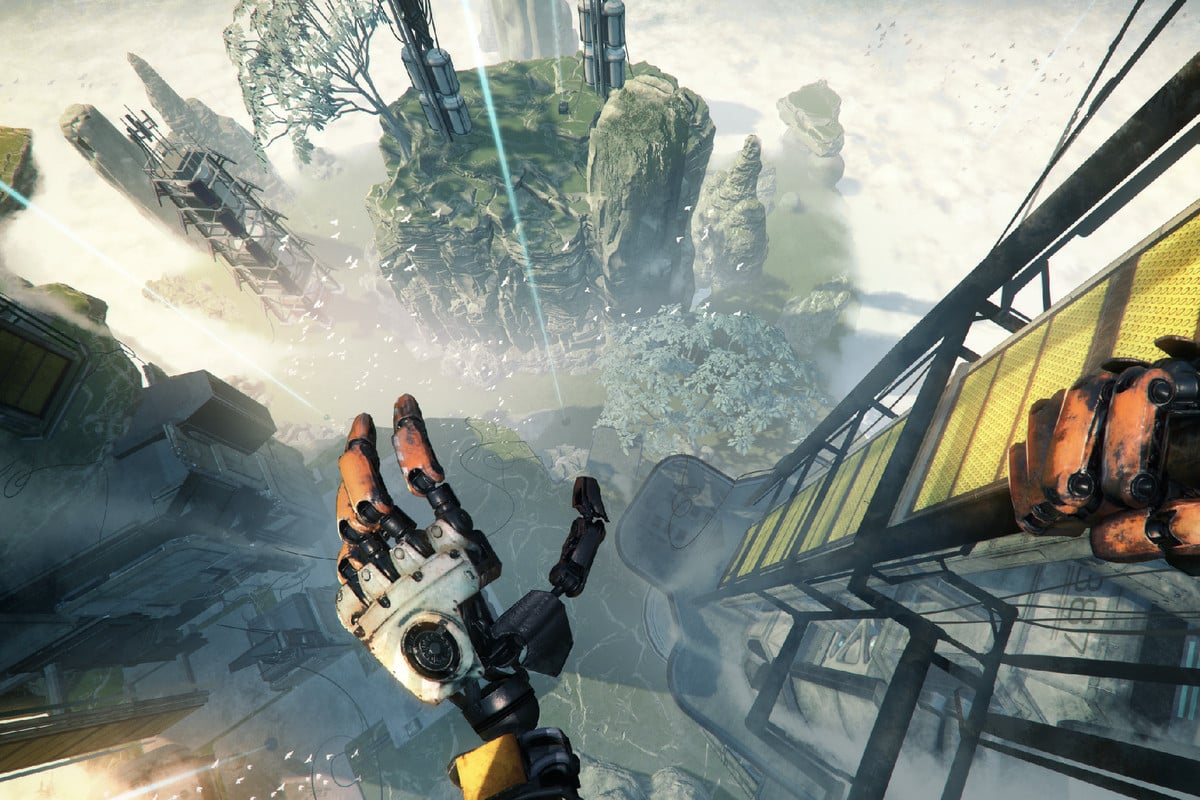 Virtual Reality games are the games that create a virtual environment and players interact with their surroundings. The modern-day computer technology is used to create a simulated environment. Presently, the graphics quality of VR games is not similar to that of modern-day AAA titles.

So in no particular order, these are the best VR games that you should play right now.

Beat Saber is one among some of the best oculus rift games. This fast-paced rhythm game can be considered as an unofficial collaboration between Dance Dance Revolution and Star Wars. As a player, you get access to two lightsabers and using those you have to slash colour-coded blocks based on the beat of the music playing in the background. 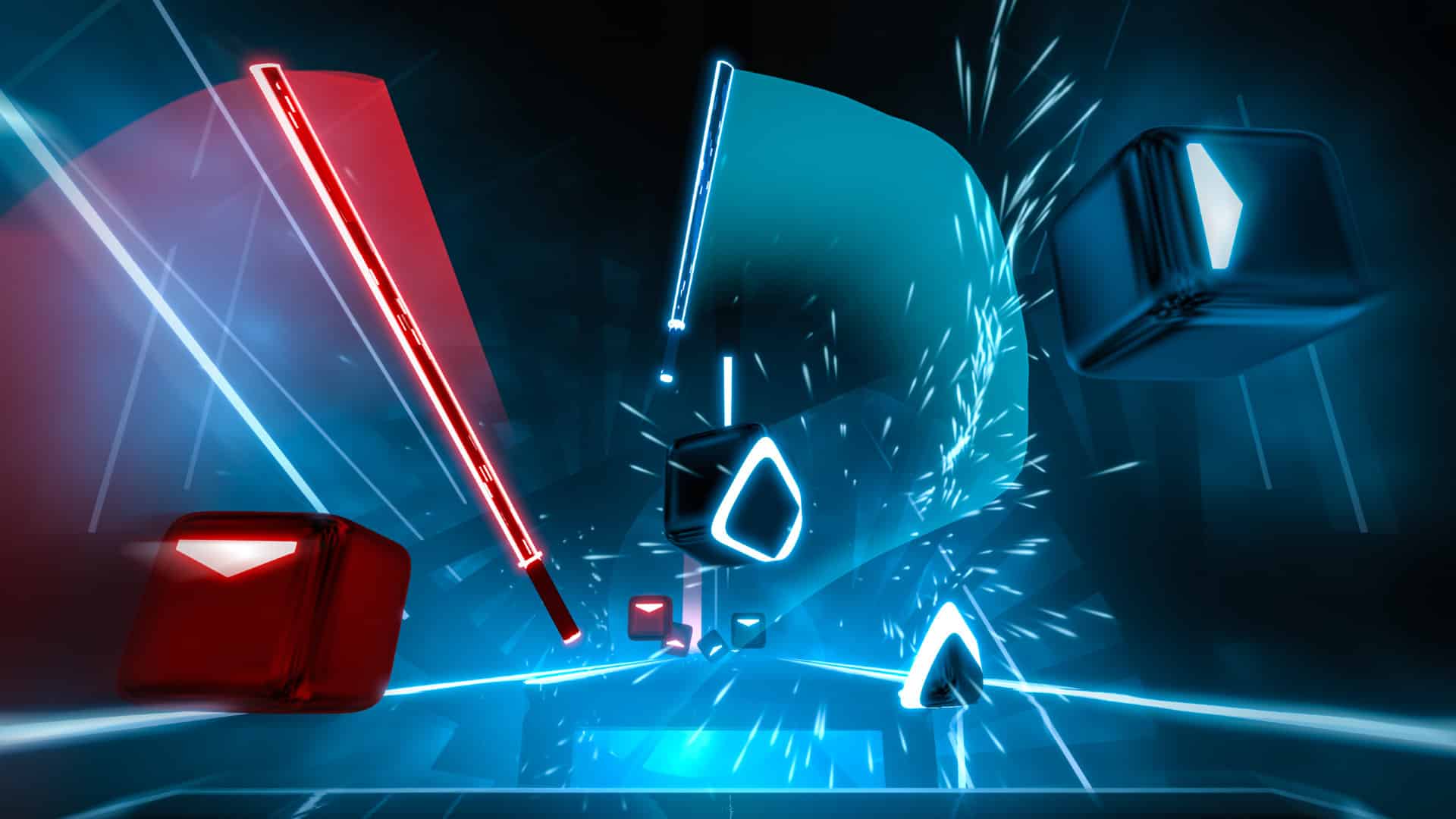 In addition to slashing blocks, you have to avoid bombs and duck obstacles while playing this game. As you reach in advance, the difficulty increases and it becomes fairly difficult to sync your moves with the background music.

Overall, Beat Saber is an enjoyable VR game and you can play it on Oculus Rift, HTC Vive/Steam, and PlayStation VR.

The next best VR game on the list is Superhot VR. This first-person shooter offers an immersive experience and it’s addictive as well. In this game, you have to fight and clear a room full of enemy AI humans coming from all sides. 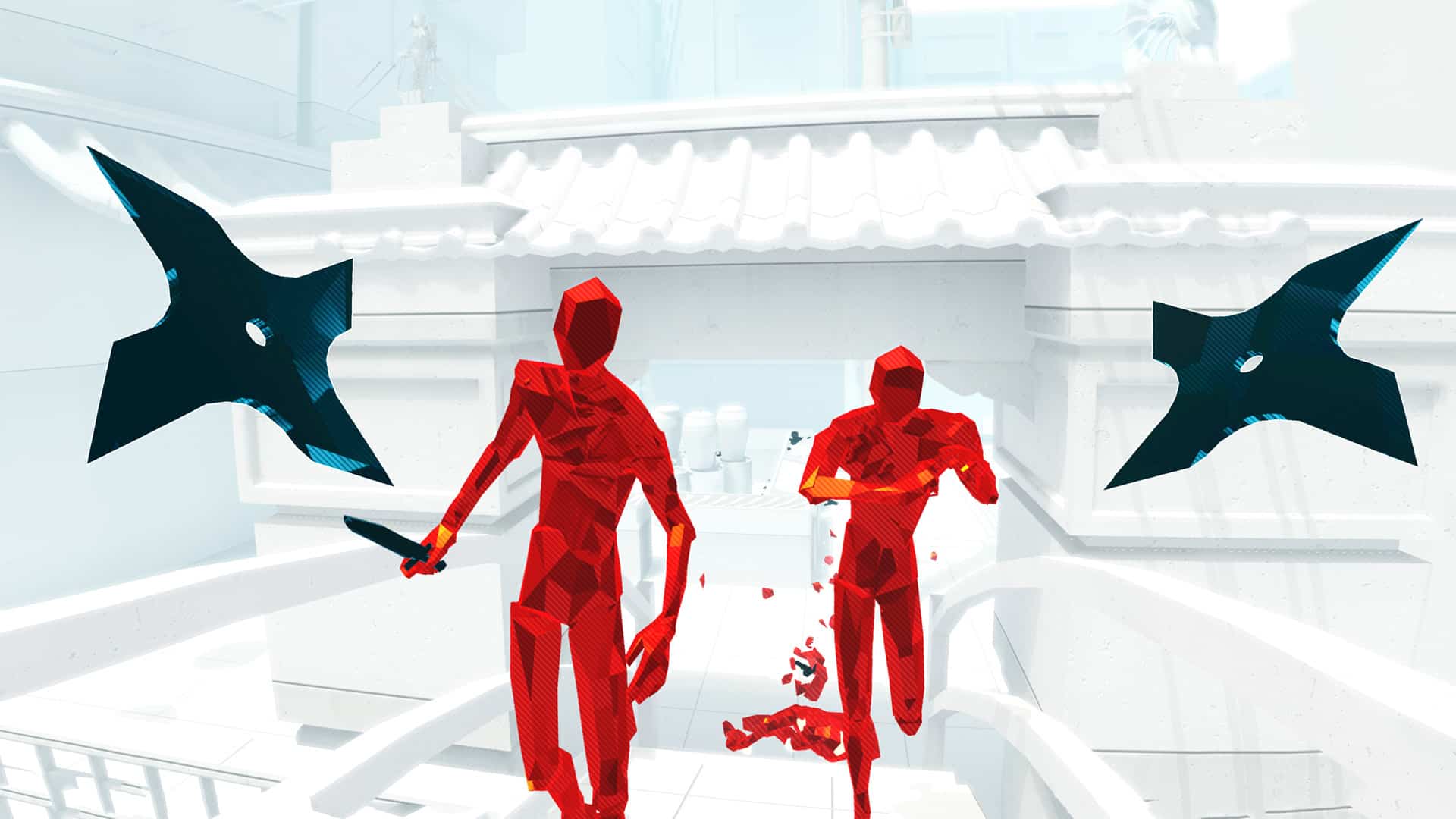 Superhot VR offers many different types of weapons like guns and shurikens. The slow-motion actions in this game make it more immersive. Similar to Beat Saber the game gets difficult as you progress and you have to safeguard yourself against incoming fire at higher levels. 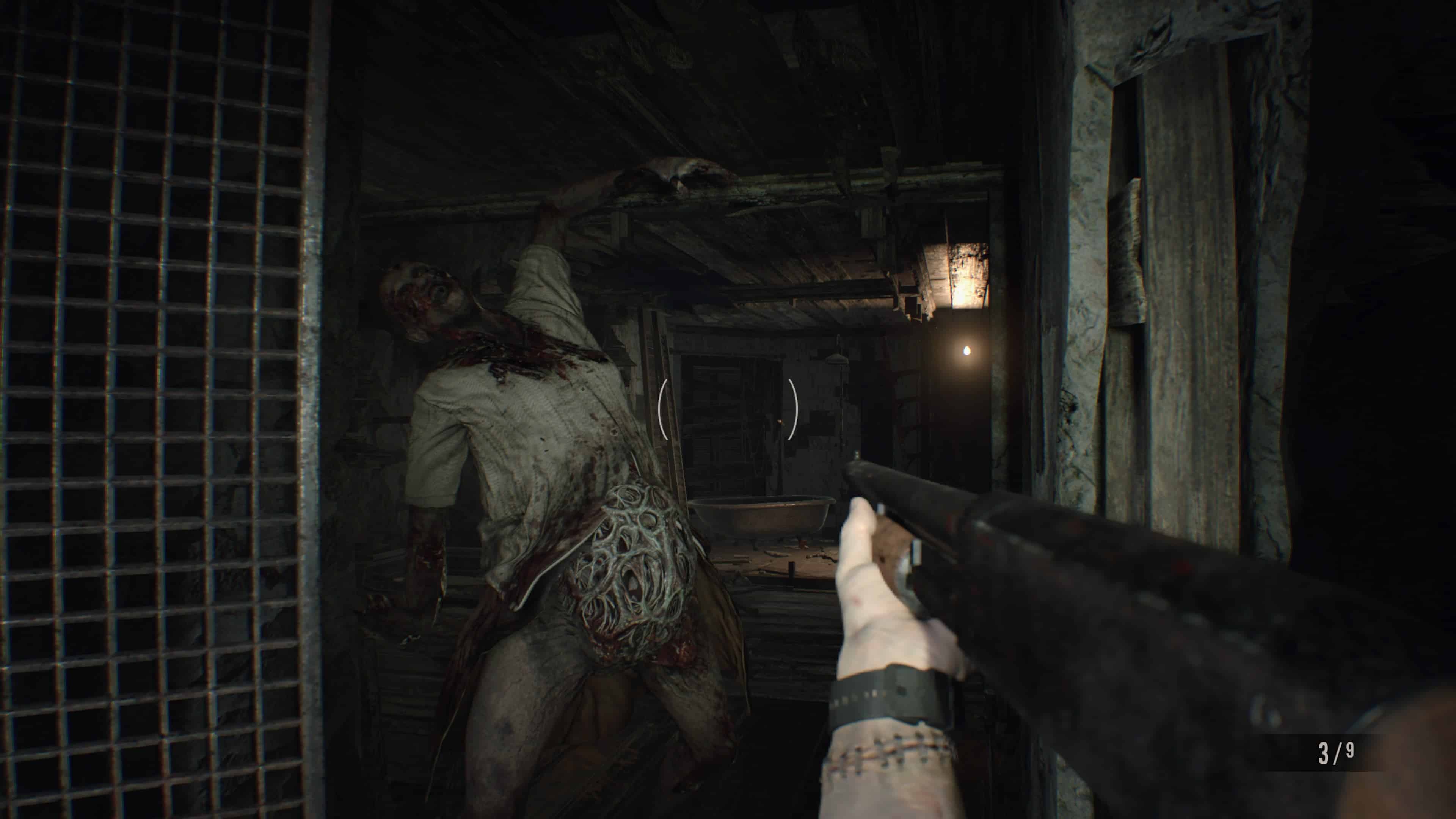 This first-person horror game offers a good storyline and the VR experience it offers is threatening as well. You will play this game as Ethan Winters who has lost wife, Mia almost three years ago. Unlike, the two games mentioned above you have to think tactically and develop strategies to fight and survive against freaky enemies.

Overall, it’s a great VR game and you have a good time playing it.

Moss is a family-friendly VR game that offers the player a unique perspective of living life like a rodent. You have to play this action and puzzle title as a small mouse, named Quill.

The ultimate mission of this game to save Quill’s uncle. To do so you have to guide this mouse across forests and complete the massive journey. 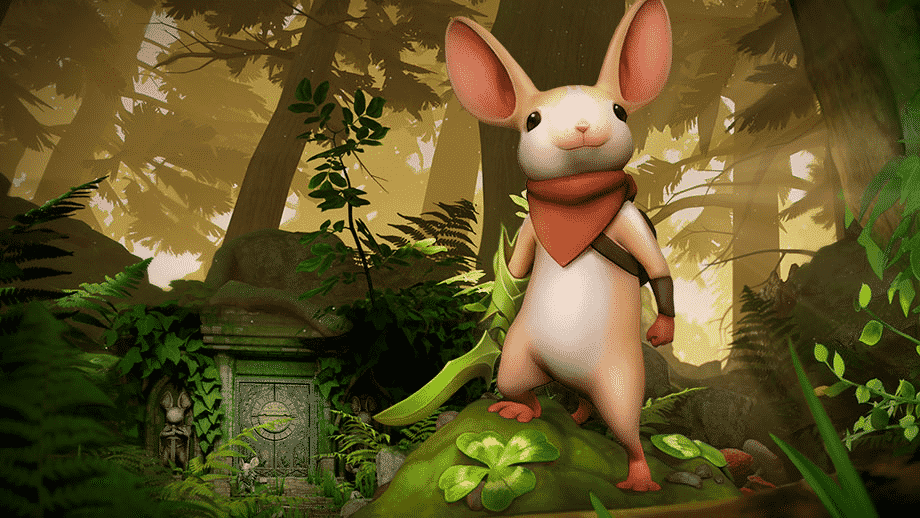 You have to take direct control over different environmental elements to solve the puzzles in this game and help the mouse to reach its destination. Moss is available for Oculus Rift, HTC Vive, Windows Mixed Reality, and PlayStation VR.

Are you a fan of Marvel Universe? Well, if you are then Marvel Powers United VR might be the best VR game for you. This game offers a detailed training level where different heroes interact with each other. 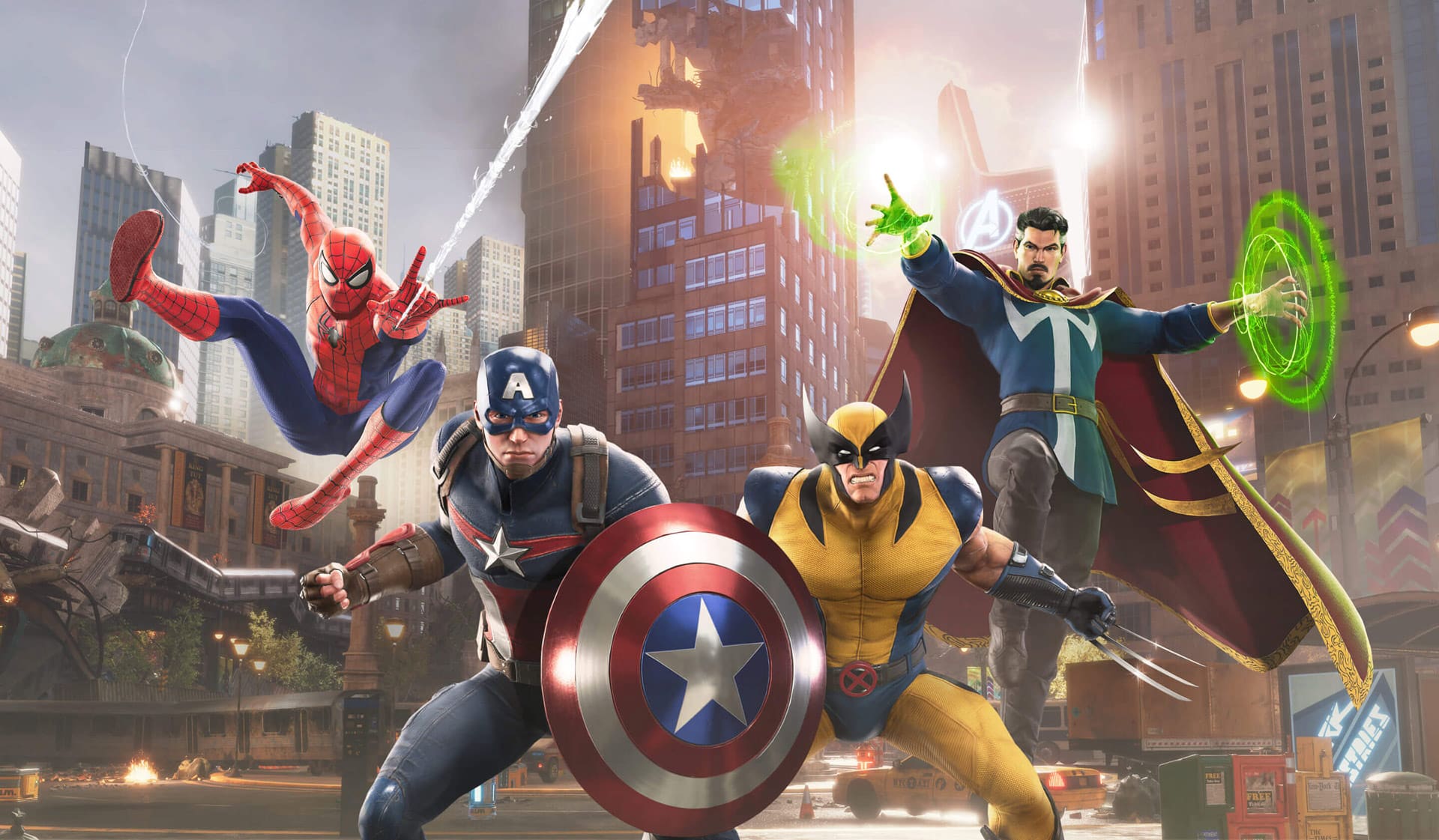 You can choose your favourite superheroes and the VR game offers a different perspective for different heroes i.e. if you choose to be hulk then everything around will feel small and you will be the tallest.

The most interesting part about this game is the action-packed gameplay that it offers. You have to fight against enemies with your teammates and even protect yourself from incoming attacks. Overall, Marvel Powers Uniter VR is an enjoyable VR game.

Tetris Effect is a great game for Tetris lovers. In this game, you play the good old Tetris but with many visual enhancements. The simulated environment of the Tetris Effect is very colourful. Additionally, the music and visuals sync perfectly with the theme of this game. 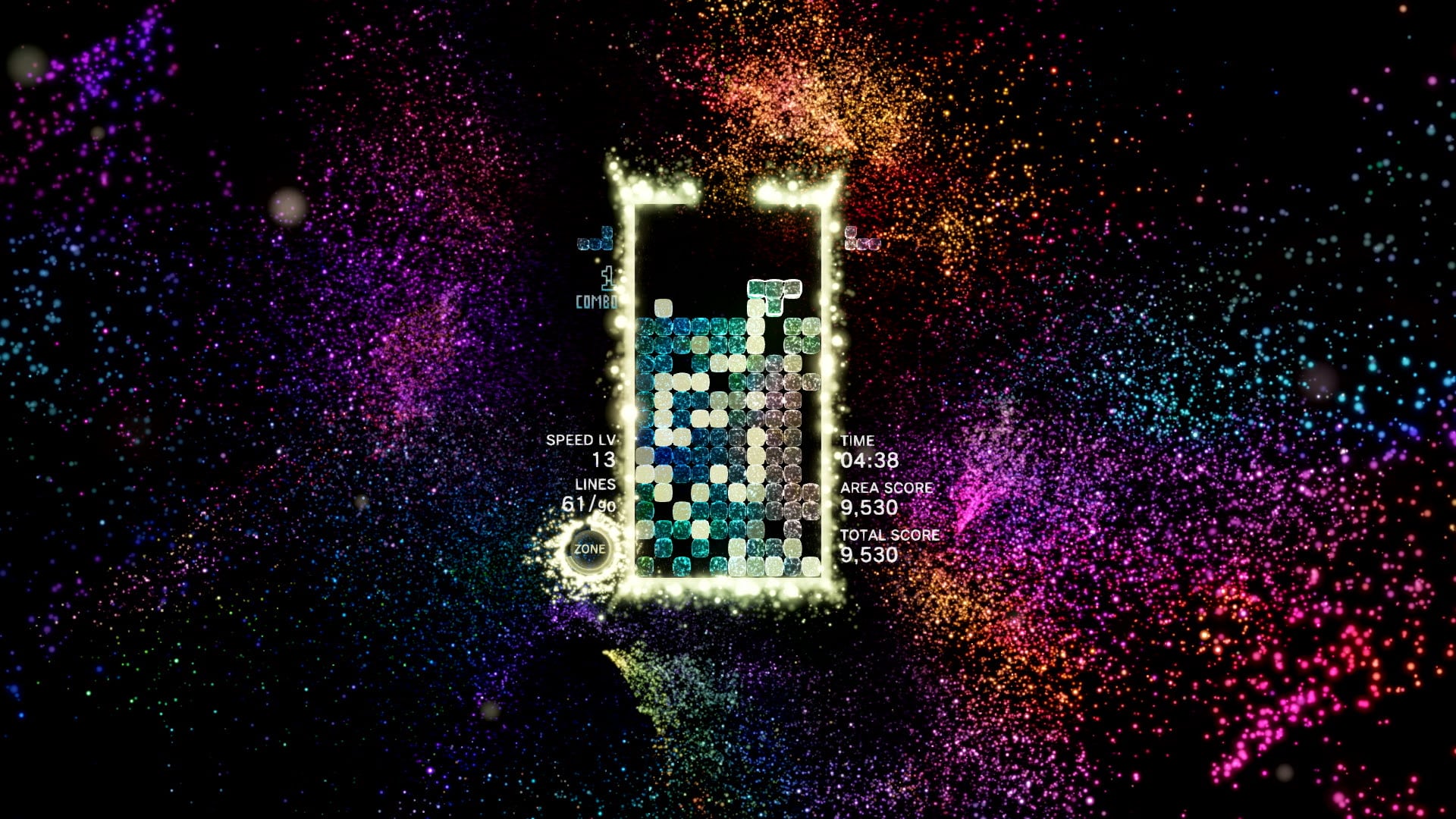 The game gets difficult as you progress and the ambient noises also change with different levels. Overall, playing Tetris in VR is one of a kind experience. Lastly, the Tetris Effect is exclusively available for PSVR.

The next best PlayStation VR game on the list is Firewall Zero Hour. This VR shooter game takes full advantage of PSVR aim rifle controller and offers a great shooting experience. In Firewall Zero Hour, players compete with each other in teams of four.

It is worth noting that, this game offers no respawns. 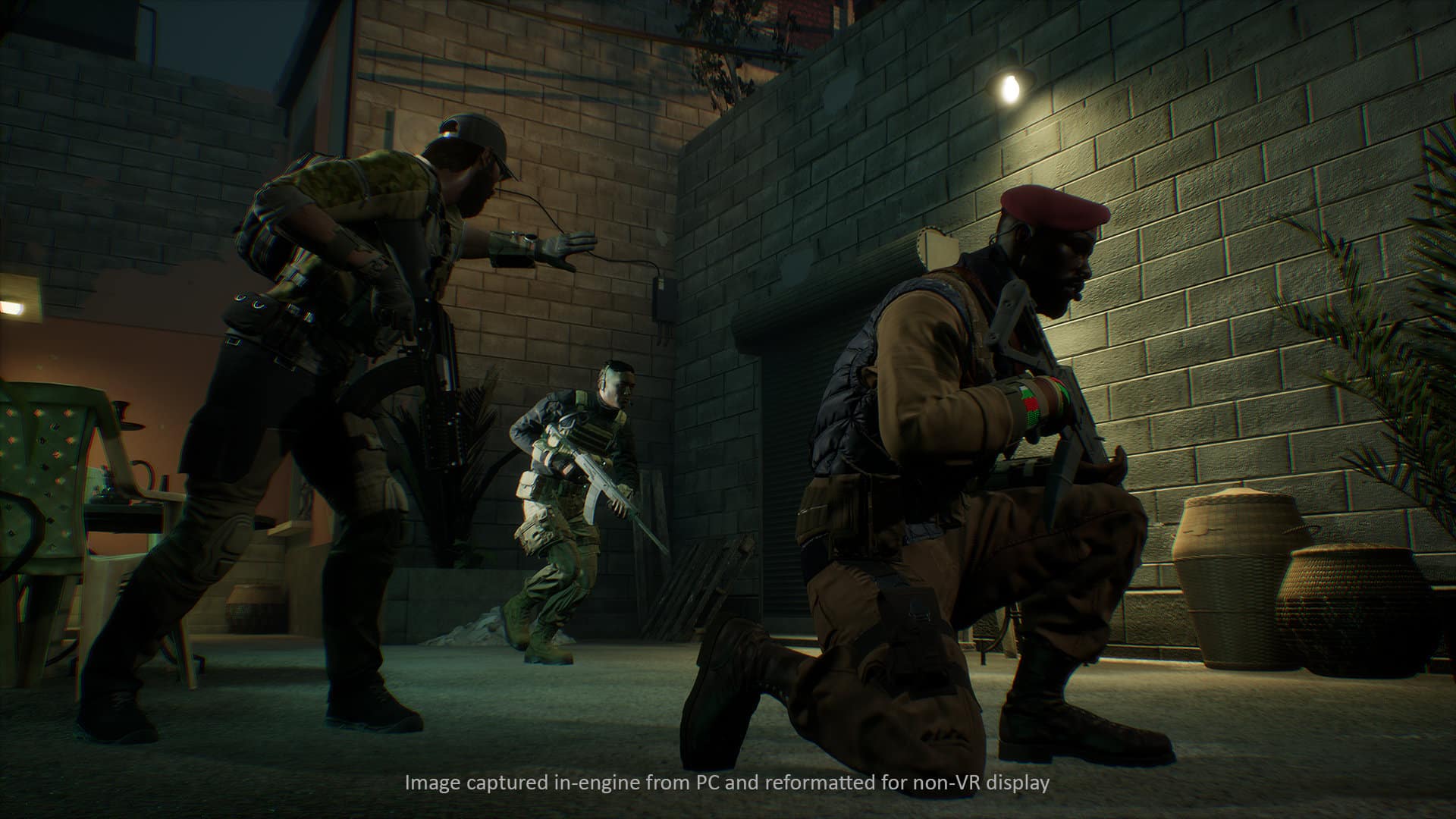 This VR game offers a great level of immersion and the overall gameplay experience is adrenaline pumping.

Another PSVR exclusive title on the list is No Man’s Sky. This action-adventure survival game lands the player in procedurally-generated planets to explore and survive. You can choose from four different gaming modes i.e.  ‘Normal’, ‘Survival’, ‘Permadeath’, and ‘Creative‘. 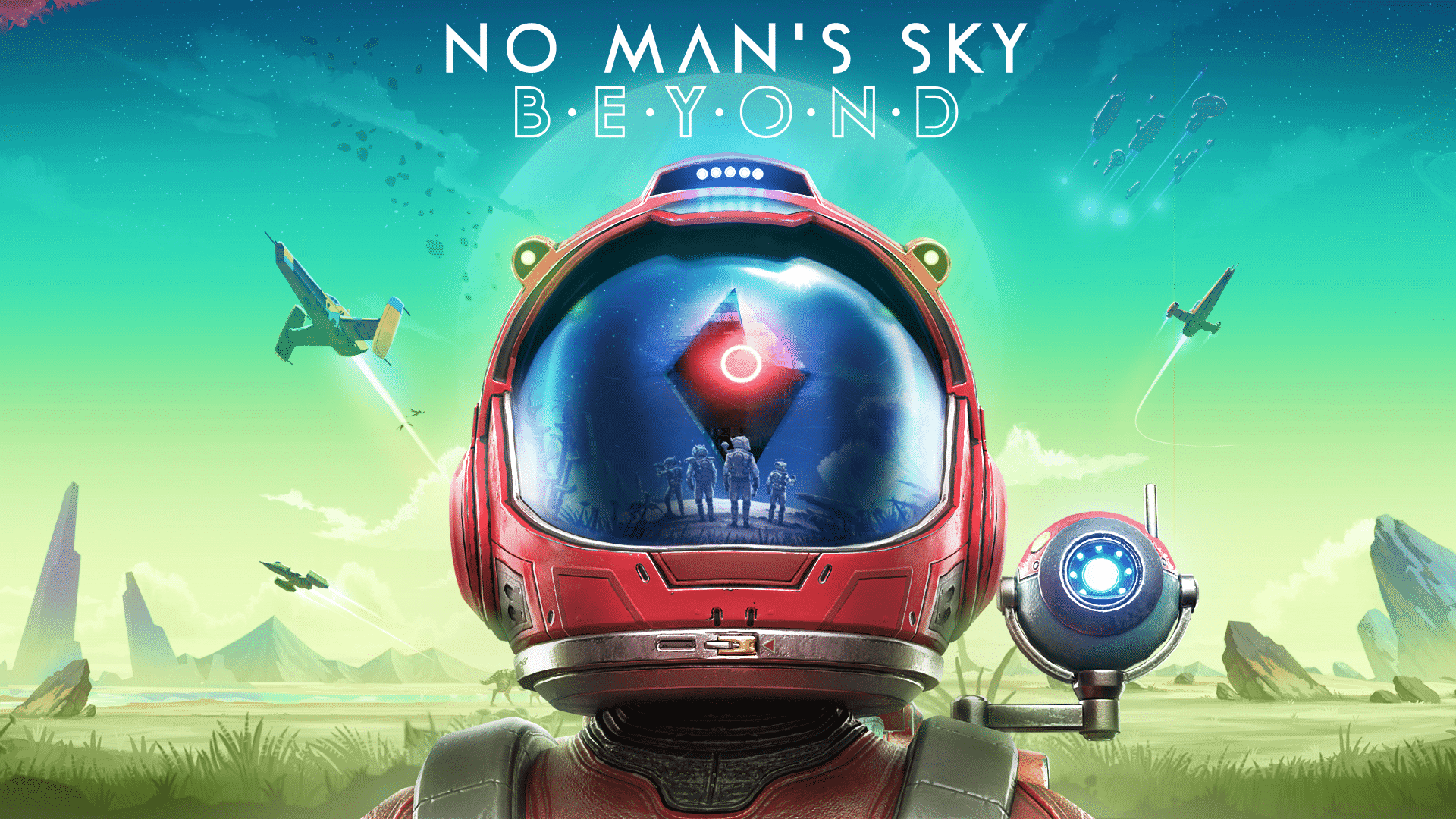 As you start the game you will find yourself on a new planet with a hostile atmosphere and aggressive wildlife. As you progress and learn the initial survival techniques you will gain access to a wider universe.

The game allows players to do whatever they want. You can learn the economy of different planets and even become a pirate to hunt civilian ships and loot their belongings.

The next best Oculus Rift VR game on the list is Drop Dead. Similar to other survival games on the list you have to fight against wave after wave of enemies. This zombie-themed shooter also has a simple but engaging storyline. 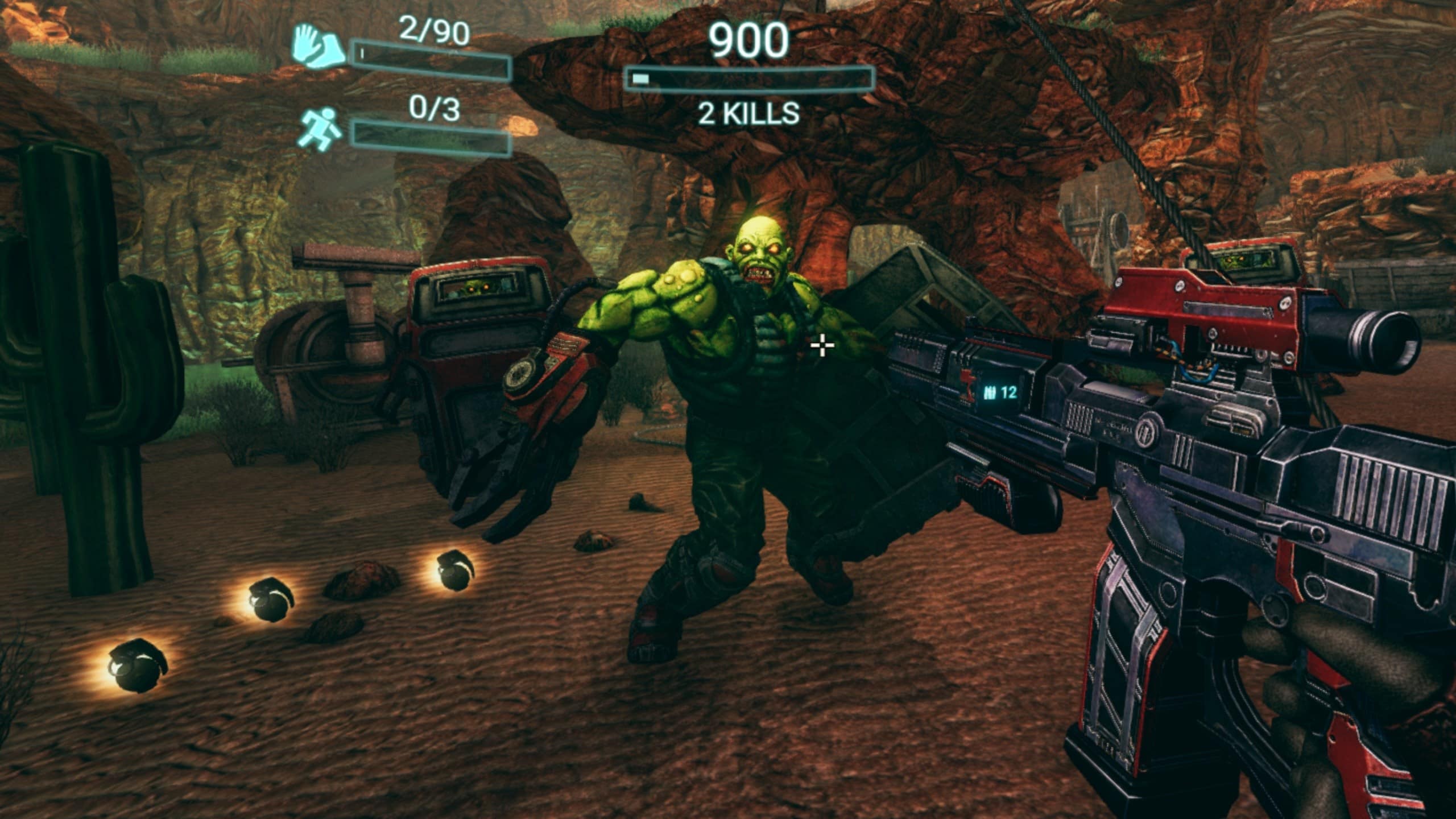 Drop Dead offers a wide variety of weapons like shotgun, assault rifle, explosives, and many more. Overall, Drop Dead offers an excellent shooting action and it can be played on Oculus Rift, Samsung Gear VR/Oculus Go.

Undoubtedly, Minecraft is one of the most popular games of all time. Well, the VR version of Minecraft is no exception. In this game, you get all the gameplay opportunities of Minecraft: Pocket Edition namely creative and survival modes, skins, and multiplayer; both co-operative and competitive. 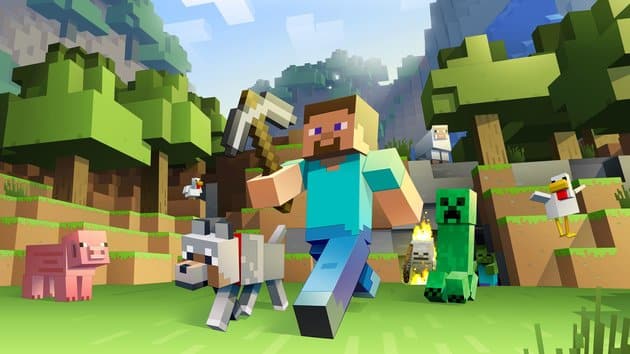 You can play Minecraft: Gear VR Edition in either ‘Theatre Mode‘ or the ‘Immersive Mode’. Similar to other games in the Minecraft franchise you are free to build whatever you want, explore different places and environments, fight with others and participate socially in different events.

Overall, Minecraft: Gear VR Edition is a great game and you will definitely enjoy it.

Fallout 4 VR is the next best title on the list and it’s exclusively available for HTC Vive. You can enjoy the full single-player campaign of Fallout 4 using HTC Vive headsets on a PC.

The post-apocalyptic open-world of this game offers many intriguing side quests. In addition to completing missions, you can even explore the post-nuclear future. 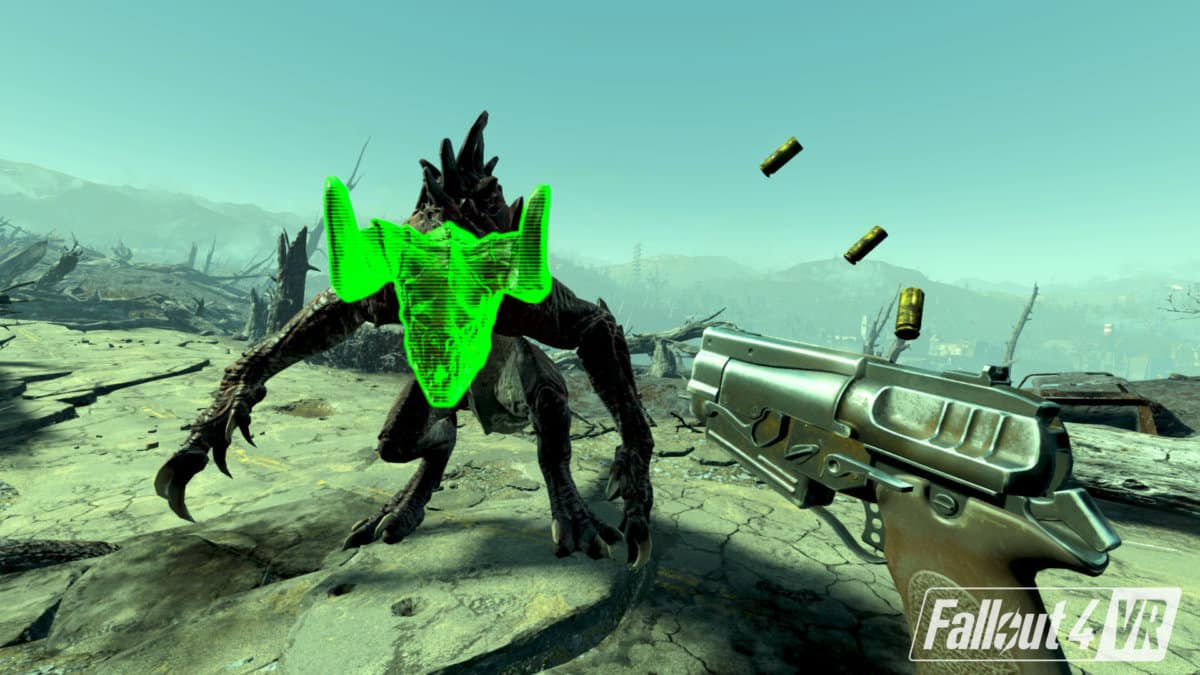 As for downsides, the interface of Fallout 4 VR is a bit clunky.

Unlike the games mentioned above, Smash Hit is a relaxation game. As the name of this cathartic game suggests it’s all about smashing glass objects using one or more metal balls. 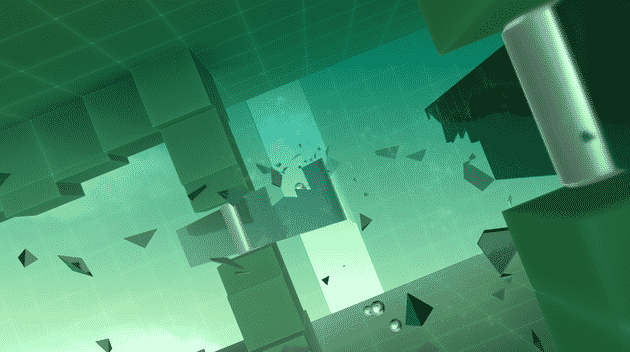 The relaxing music of this game helps in releasing stress. You can play this game on Samsung Gear VR and Oculus Go. Furthermore, this game is also available for both Android and iOS smartphones.

If you ever wanted to fly like an eagle you can now do so by playing the Eagle Flight VR game. Like an eagle, you fly through the artistic recreation of Paris. In addition to freely flying, you can even play the aerial game of capturing the rabbit. 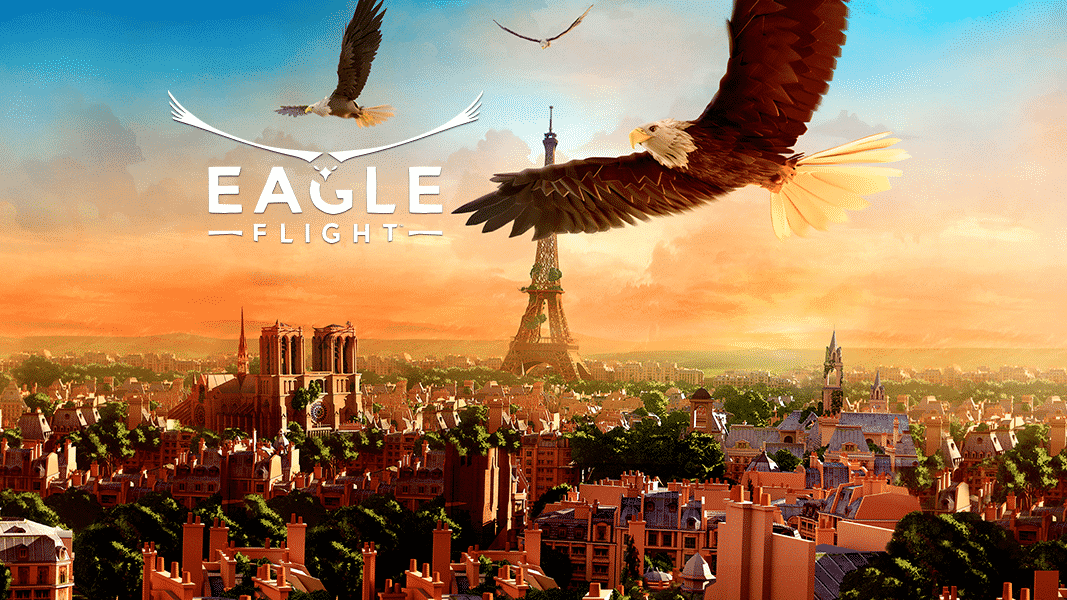 In the online multiplayer mode of this game, you compete with other eagles to capture a rabbit. Lastly, there’s also a short single-player campaign that might impress some players. Overall, Eagle Flight offers an immersive experience and the 3D sound effects can be considered as the icing on the cake.

Batman is a popular game franchise and it’s very well-received by the entire PC gaming community. The follow-up to Arkham Knight i.e the Batman: Arkham VR lands you in the suit of Batman. You can explore the detailed streets of Arkham City and even fight against the crime in the city. 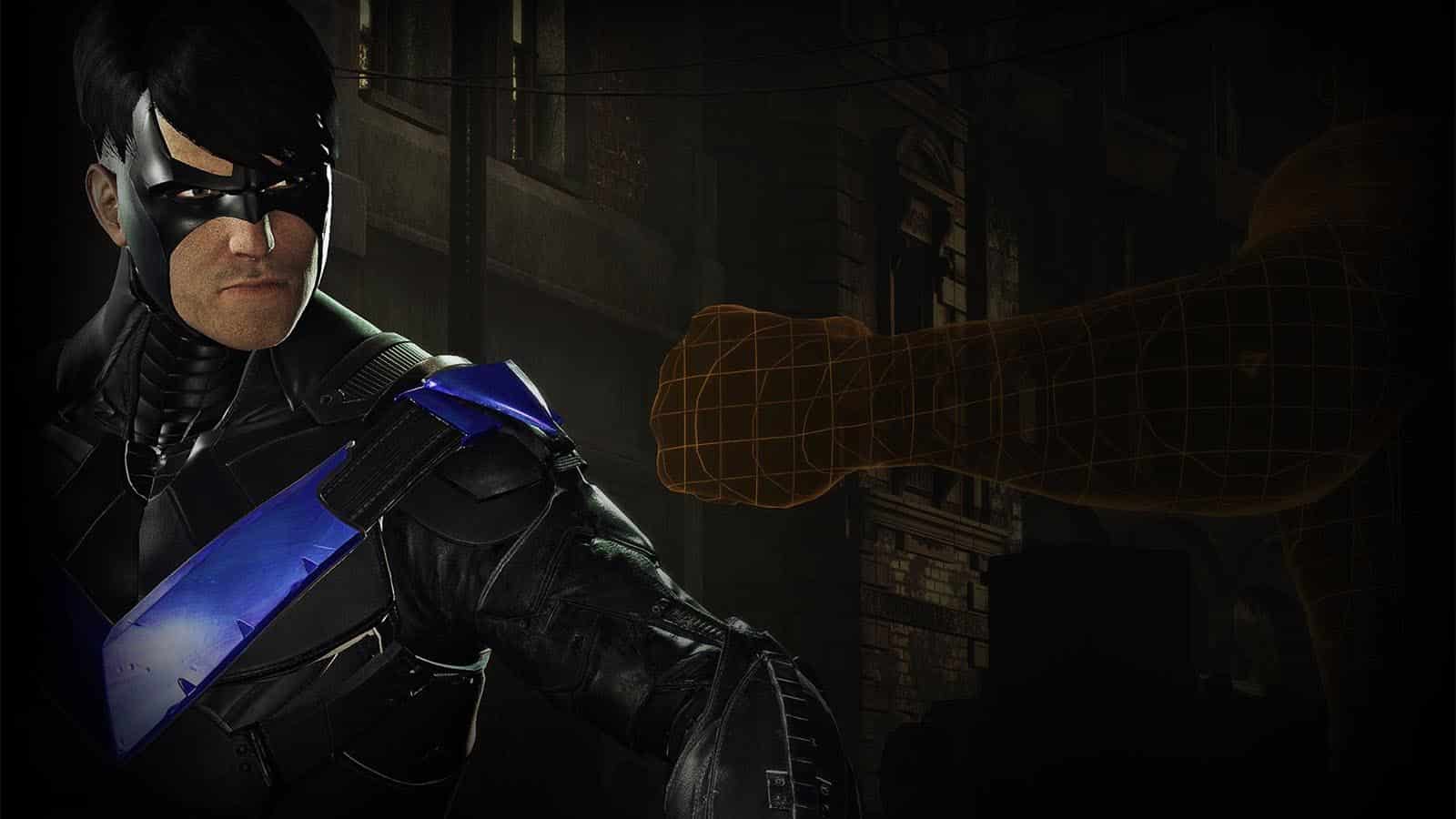 As compared to Arkham Knight the Batman: Arkham VR might feel a bit slower-paced and cinematic. Furthermore, this game mostly focuses on the detective side of Batman.

Overall, this VR title from Rocksteady Studios is worth checking out and it can be played on Oculus Rift, PSVR, and HTC Vive.

The next best VR game on the list is The Climb. As the name of this, adventure game suggests it offers a VR experience of climbing walls. Well, if you always wanted to enjoy mountain climbing but couldn’t do it due to the difficulties associated with it then The Climb will definitely impress you. 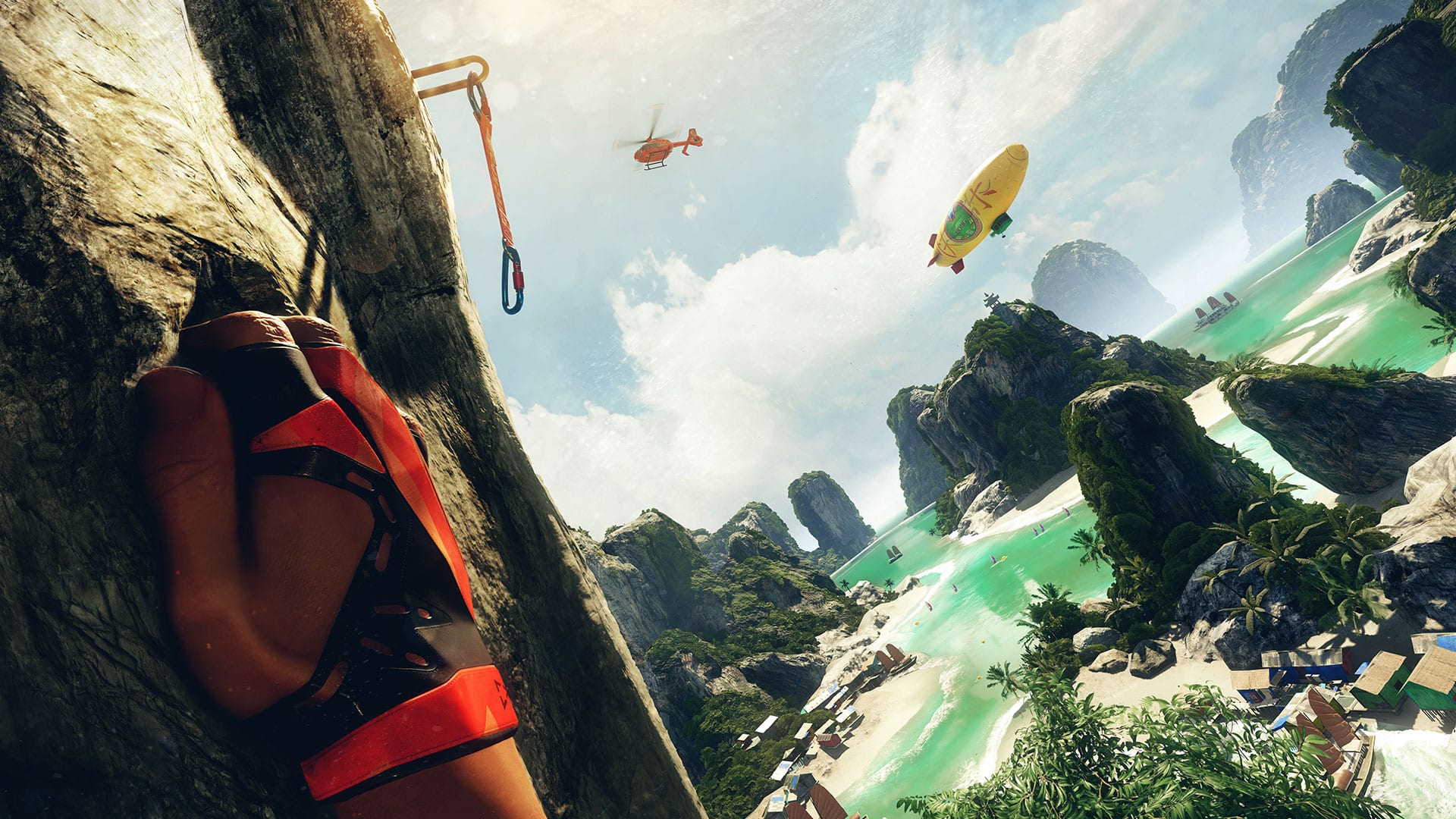 You can either play this game in solo mode or race with a friend. Once you reach the top of a building or a mountain you are awarded a breathtaking panorama of the surroundings. There are many different environments available in The Climb.

Monument Valley is one of the most popular puzzle-based game. Well, the creators of Monument Valley have now launched Land’s End and it’s exclusively available for Samsung Gear VR and Oculus Go.

Land’s End offers visually stunning graphics and the sound effects are also surreal. You start this game from on a beach at the foot of an over-arching mountain.

Instead of walking you float on the surface and you have to connect the white dots to solve these puzzles. Overall, Land’s End offers a great level of immersion and it’s engaging as well.

Doom VFR can be considered as the VR version of the popular 2016’s Doom. This shooter VR game offers fast-paced action coupled with a good collection of weapons. You can play this game either in the story mode or campaign mode. 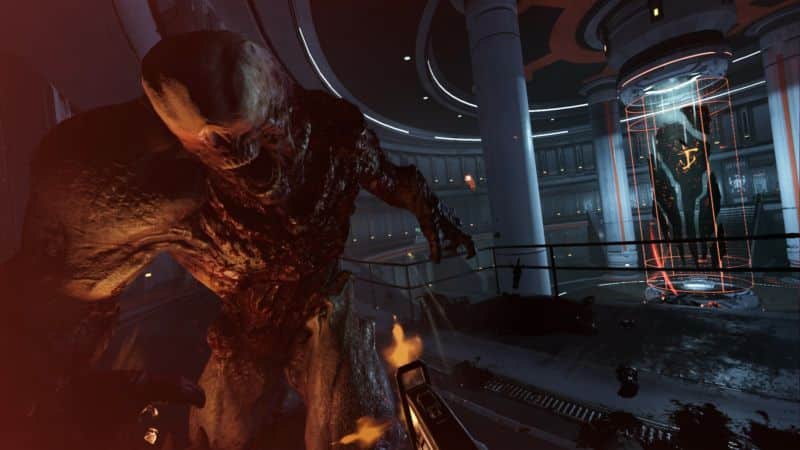 In this game, you have to fight against the enemies and even safeguard yourself against the attacks coming from all the directions. It is worth noting that the controls of Doom VFR are different from other shooter VR games and there’s a slight learning curve to perfect them. Overall, it’s a great VR game and it’s available for PS VR and HTC Vive.

Fruit Ninja is one of the oldest smartphone game in existence. Well, if you enjoyed slashing fruits in fruit ninja and you want to take your slashing experience to a new horizon then you should check out Fruit Ninja VR. 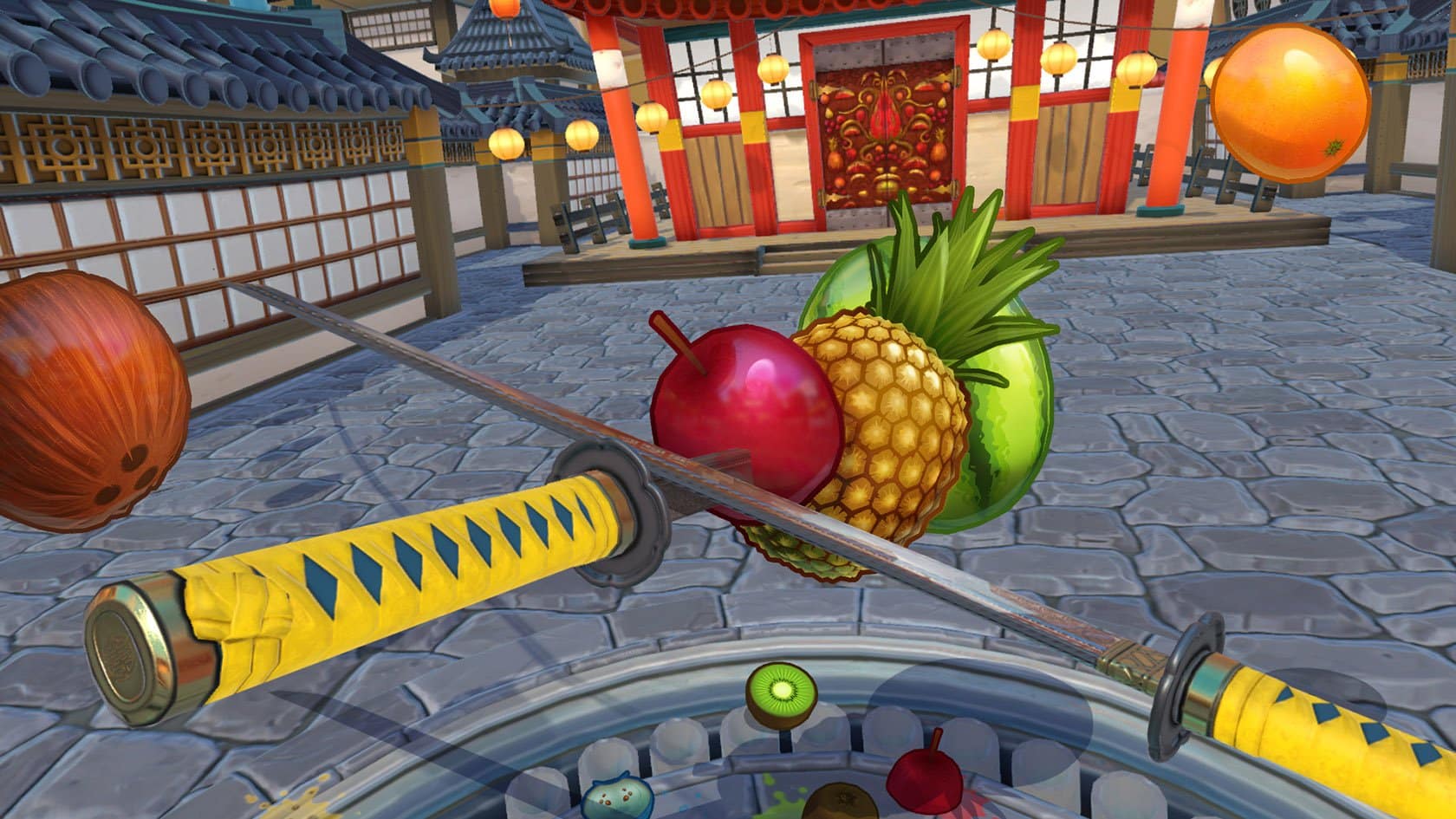 You will just need a pair of motion controllers to control the Japanese katana. The act of slicing helpless fruits is quiet peaceful and doing it in VR is quite fun.

The next best VR game for HTC Vive on the list is Archangel: Hellfire. This combat robot-based shooter includes an engaging single-player story campaign. In this game, you have to control the two arms and a wide range of weapons of a big mech to eliminate the waves of incoming enemies. 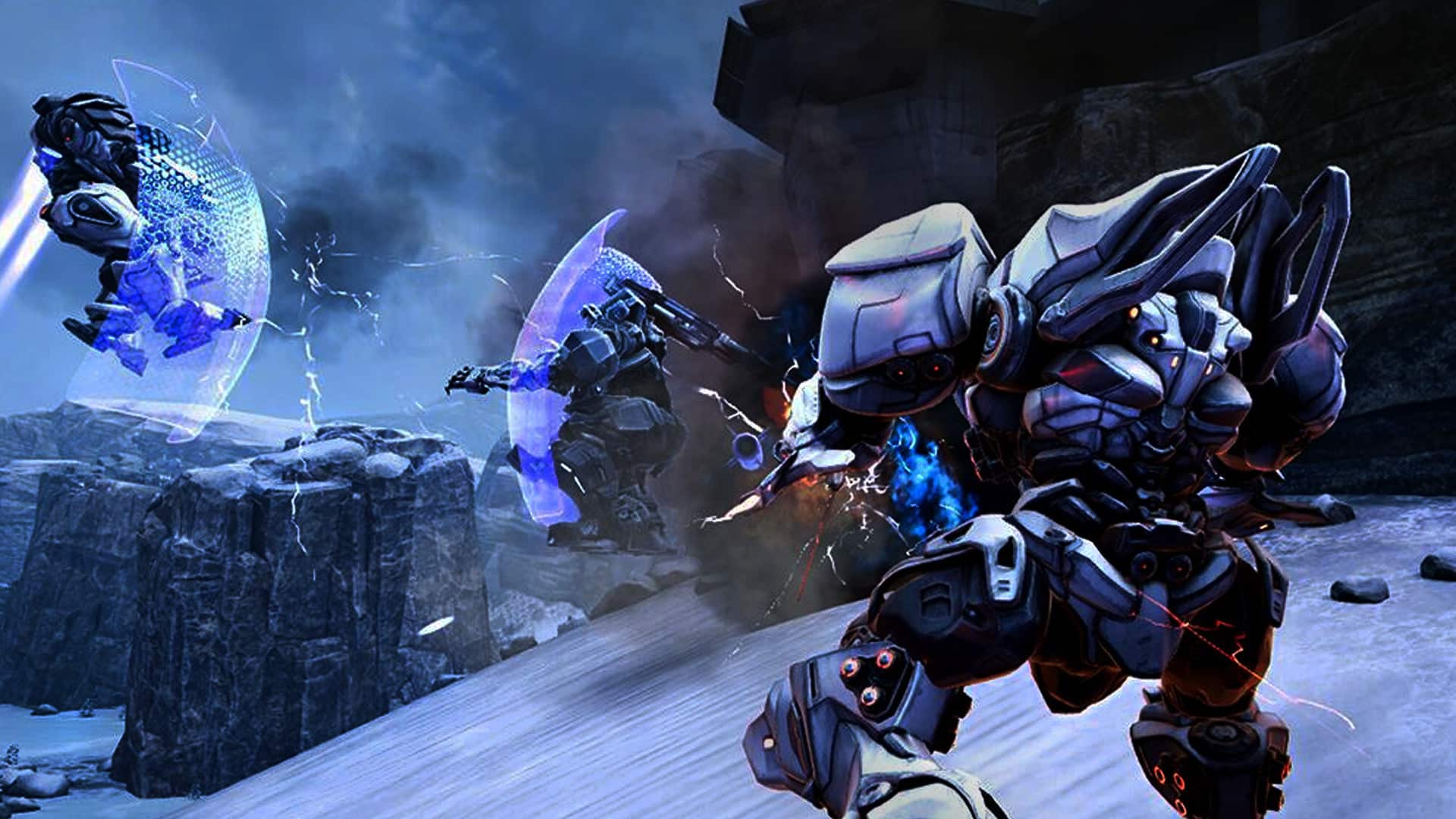 If you plan to play this game on a PC then you can enjoy the stand-alone competitive multiplayer mode. As you progress you can change the skin of your mech and even add new weapons to your collection.

The last interesting VR game on the list is Cloudlands VR Minigolf. This family-friendly VR game os perfect for first time VR users. As the name of this game suggests, it lets you play golf in VR. If you are playing this game on a PC then you walk around and play golf from different locations of the field. 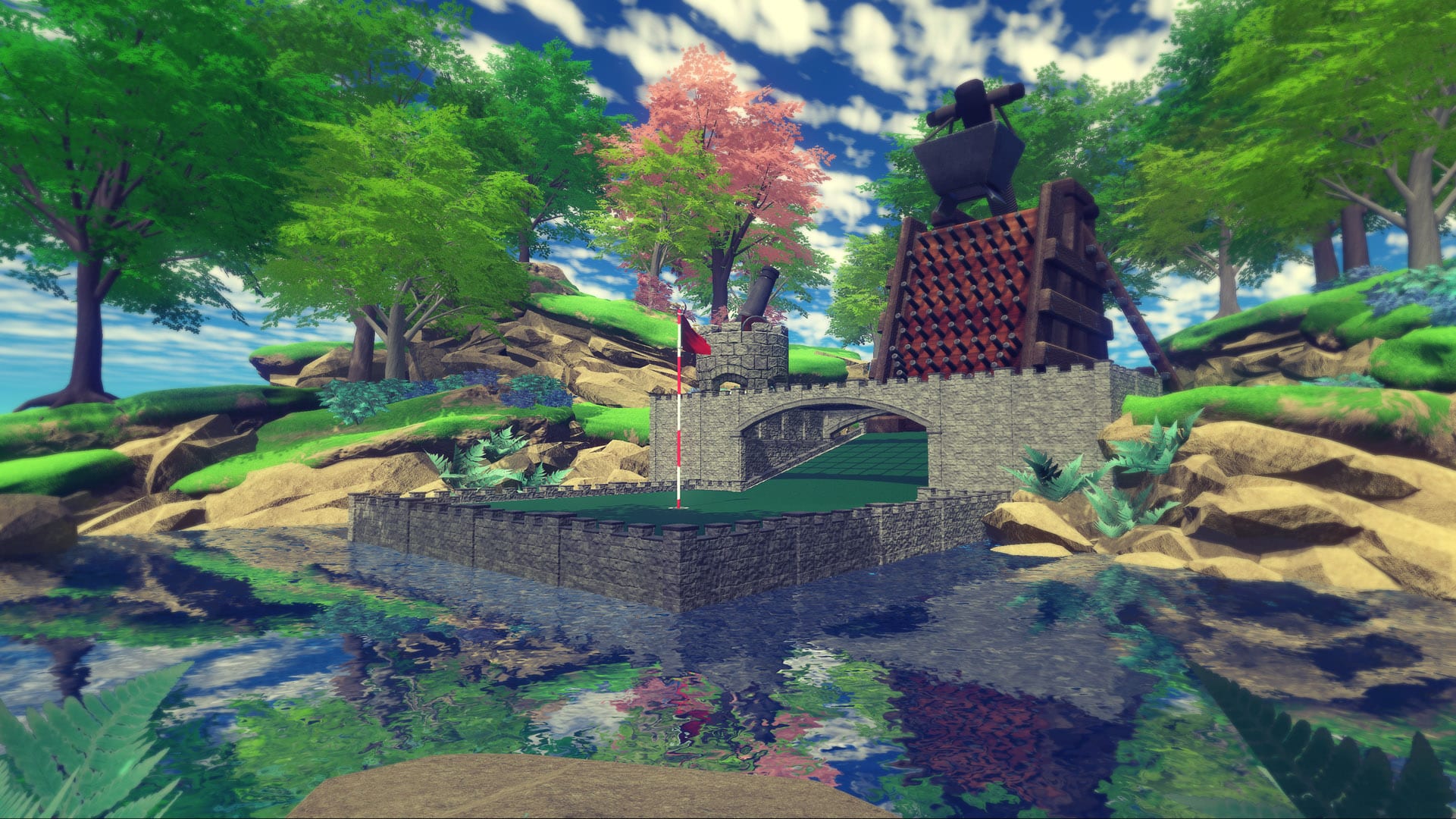