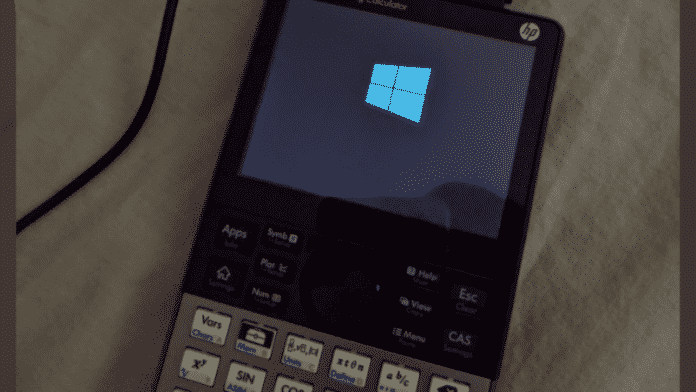 Ben, who goes by the Twitter handle name @imbusho, was able to successfully install Windows 10 IoT Core on HP’s Prime Graphing Calculator and not on a basic or scientific calculator with plus, times and division that we normally use.

Ben, tweeted a picture of Windows 10 IoT (Internet of Things) edition running on his HP Prime Graphing Calculator that comes with a touch screen interface, and good industrial design.

For those unaware, Windows 10 IoT is a family of operating systems from Microsoft designed for use in embedded devices like washing machine, automatic door lock, the Rasberry Pi, Glas Thermostat, and much more.

According to Ben, the first attempt to boot the operating system failed with some pre-OS error (i.e. not yet exit UEFI Boot Services). As a result, Windows 10 is not yet working properly.

Although Windows 10 IoT Core does not offer a full-fledged Windows Shell experience, it could potentially be able to run universal applications (UWP) in the background. There is still plenty of work to be done as the project is incomplete.

While Ben managed to install the operating system designed for IoT devices on a calculator with only 256MB of RAM, it is not yet known how did he manage to do the same.

The developer is currently working on the project. So, we can expect to know more details about the project through Ben’s Twitter handle @imbusho in the coming days.

Keep watching this space for more as this is a developing story!