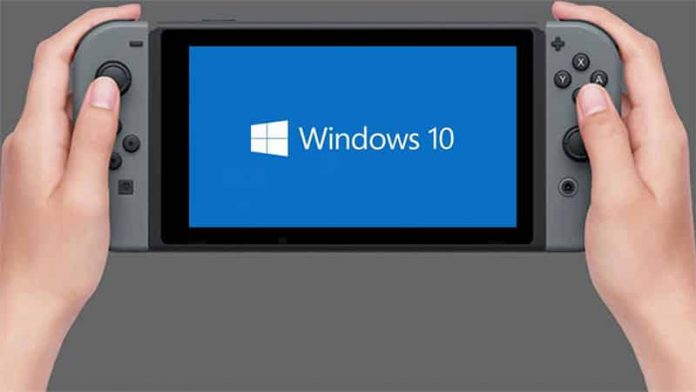 Hackers have a particular liking when it comes to hacking Nintendo Switch consoles; thanks to its hardware vulnerabilities. In the past, hackers have modded the portable gaming console to run operating systems like Linux and Android. On the other hand, developers have also managed to bring Windows 10 on ARM experience to Lumia 950 lineup and Raspberry Pi 3 computers.

Hey Windows team / Nintendo, you know how to fix this right? ? pic.twitter.com/KmeneIT9eh

Although Windows 10 on ARM isn’t currently functional on Nintendo’s console, the developer is hopeful of making progress by making tweaks to the system. Ben stated that the primary work necessary was a “memory regions fix” to run the OS, and the project also “needs massive cleanup and bug fix, additional ACPI and USB work needed”.

Some more work to do (primarily memory regions fix) pic.twitter.com/vkJhv4XjKw

The developer has also open-sourced his firmware as a GitHub project called NintendoSwitchPkg for others to view the project’s development and also possibly contribute towards it.