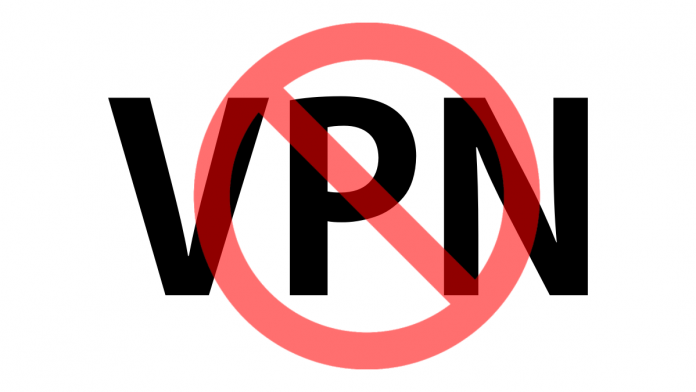 For those unaware, Internet and telecom services have been shut in the Kashmir Valley since the retraction of Article 370 on August 5, 2019, and the splitting of Jammu and Kashmir in two separate union territories.

On January 14, 2020, the J&K UT Government had issued an order banning all social media sites like Facebook, Twitter and other instant messaging platforms like WhatsApp, Telegram and Signal to curb the misuse of these sites by miscreants for propagating false information and rumors that could lead to social instability.

Further, on January 25, 2020, the internet services in J&K were partially restored with internet service providers (ISP) being given directions to ensure access to 1,485 white-listed sites only in J&K, excluding social media sites. However, it was found that social media users skirted the ban by accessing blocked sites like WhatsApp and Facebook through VPN networks.

This is the first time police have filed an FIR under sections 13 of UAPA, 66-A (b) of Information Technology Act, and 188, 505 of the Indian Penal Code against suspected VPN users for using social media to spread misinformation and promote unlawful activities.

In the filed complaint, J&K Inspector General of Police, Vijay Kumar, also appealed to the general public to not use social media via VPN.

“Taking serious note of the misuse of social media, a case FIR has been registered by the Cyber Police Station Kashmir Zone Srinagar against social media users who defied the internet ban and misused social media platforms,” the region’s police said in a statement.

“Social media has remained a favorite tool which largely provides anonymity to the user and also gives wide reach. The FIR has been registered while taking cognizance of the social media posts by the miscreants by use of different VPNs, which are propagating rumours with regards to the current security scenario in the Kashmir valley, propagating secessionist ideology and glorifying terror acts/ terrorists.”

Tahir Ashraf, who heads the police cyber division in Srinagar, said, “Hundreds of suspected misusers have been identified and are being probed.”

The police also said they have seized “a lot of incriminating material in this regard” under the UAPA Act. Those found guilty of breaching the UAPA Act could face up to seven years in prison.

J&K police files FIR under UA (P) and IT act against individuals for defying government orders and misusing social media. IGP Kashmir,Vijay Kumar, makes an "appeal" to general public not to use social media through VPN's.#Kashmir pic.twitter.com/ovaTb3YB3D

Following the news, the Internet Freedom Foundation (IFF), an organisation based in India that advocates for digital rights and net neutrality, also took to Twitter to criticize the local police.

With reports emerging that internet users may be prosecuted for using social media through VPNs in Kashmir, it is important to note that there is no publicly available blocking order prohibiting VPNs under Section 69A, IT Act. (1/3)

A large number of Kashmiris are evading restriction of the Internet and social media by using VPNs, which many have called unfair.

“The Government of India has almost total control over what information is coming out of the region,” said Avinash Kumar, executive director of human rights campaign group Amnesty International India.

“While the Government has a duty and responsibility to maintain law and order in the state, filing cases under counter-terrorism laws such as UAPA over vague and generic allegations and blocking social media sites – is not the solution. The Indian government needs to put humanity first and let the people of Kashmir speak,” he urged the government.

Mishi Choudhary, a technology lawyer, said that the authority should restore internet access like any other democratic society and not chase people who are using VPNs.

“Any alleged rumors can be addressed by putting out accurate and more information through the same social media platforms. Content-based restrictions on speech can only be allowed within the restrictions established by the Constitution and not in an ad hoc manner,” she said.

“This is a clear violation of the digital rights of people. Today it is being implemented in Kashmir and tomorrow it can become a general practice in India,” he said.