Consumers are cutting the cord left and right with the increase in high-speed Internet coverage, coupled with OTT services like Hulu, Netflix, Disney+, amongst others.

Some are moving for indoor TV antennas while others are opting for modernized outdoor TV antennas to watch movies, free news, free local channels and a long list of HD channels.

Indoor TV antennas are amongst the latest buzz in the technology advancement in the antennas segment.

To supersede the phenomenon of indoor antennas, hybrid antennas by the name of LiveWave has flooded the market.

The biggest USP offered by LiveWave is that the customers do not require a massive antenna to be hooked on the attic or inside the room.

They claim to make the free to view channel TV watching a hassle-free experience.

LiveWave hdtv antenna is the next-gen improvement in the TV antennas technology. The antennas do not require a physical antenna set separately, that requires indoor or outdoor mounting.

A small in-built antenna, shaped like a cup, is attached to the power outlet. It contains a bunch of capacitors and receptors that pull signals from around the areas, depending on the availability of the signals.

How does LiveWave antenna work? 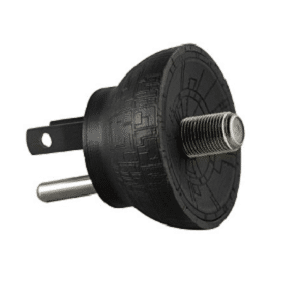 The company claims that the LiveWave antenna relies on the wiring and insulation of the house to act as a signal receptor for free channels.

It turns your house into a giant signal reception antenna that catches signals from broadcast stations airing free to air HD channels.

While the company claims that the receptor plug, turns the electrical wiring around the house into a giant signal receptor, it is advised to exercise caution.

All in all, the company says that you would not require a TV antenna to watch free HD channels anymore. The in-built antenna receptor would work in cohesion with the wirings of the house to pull signals from around the area.

Answering this question is a double-edged sword. While the antenna seems to work for a small group of people. On the opposite side, there is a large number of dissatisfied customers who would do anything to get their money back.

The antenna seems to work in rural areas with minimal external distortion from other wireless devices and equipment.

On the contrary to the company’s tall claims about their product. Here is what some of their LiveWave reviews by their customers (paraphrased and name hidden for privacy reasons).

These are some of the recent reviews of LiveWave antenna full of complaints. I leave it to you to decide if this antenna works or is it part of the infamous LiveWave antenna scam that is making rounds around the Internet.

How to setup LiveWave Antenna?

While the company claims that it is shock-proof, I suggest you take the necessary precautions in dealing with the wall outlet.

Here comes the easy part. Start scanning away for channels quickly with this method, that works for the majority of the TV models.

It should start showing a list of free HD channels that are being broadcasted around your area, or within the range of reception.

LiveWave antenna digital HDTV receiver catches signals from nearby free to watch channels as well as broadcasting tower far away.

Some of the channels that you can watch on LiveWave are-

Livewave antenna vs Other Antennas

On paper, LiveWave antenna claims to be a superior alternative to other modern, and rabbit-ear antennas. However, the antenna fairs on par or less with other TV antennas in the price segment.

According to a plethora of customer reviews, the antenna hybrid fails to deliver the promised channels in the majority of the urban

LiveWave antenna seems to catch some channels in areas with close to no obstacles, ideally rural areas. On the other hand, competitors do relatively better in delivering free HD channels with or without amplifiers. 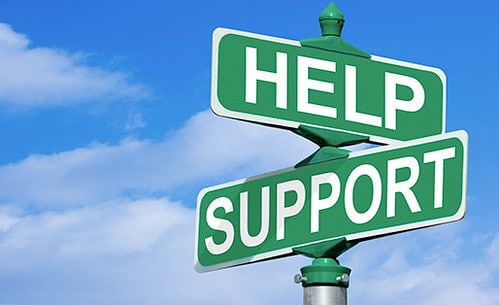 I hit them up with an innocuous email inquiring about the product. The email is yet to receive a reply after a week. Generally, an automated confirmation email about receiving the email is sent by the customer service end.

That conveys the message that the message has been received by the company and they will revert back later. However, that does not seems to be the case here.

After that, I messaged them on their Facebook page, which appears to be to their official social handle. To my utter disappointment, they failed to reply there as well, apart from an automated response to my message.

Customer service is a back-bone for customer loyalty building. It needs to be on point and active in addressing customer issues and inquiries. Such a tepid kind of customer service would spread a lousy word of mouth about the product.

They do offer an extended warranty plan that costs $10. The warranty is 1 year, with 30 days money-back guarantee. The extension plan offers a lifetime warranty cover.

An easy search can help you find livewave antenna on Amazon. Or just order it from their official website.

Over to You
While the company behind the supposedly next generation of TV antenna falls shorts of its claims, there is some leeway if the antenna is bought during heavy discount sales.

The antenna would be decent for areas with fewer obstacles like buildings, high rise mountains around to garner free channels to watch.

If you have anything to add about the LiveWave antenna, then feel free to do it via the comment section.

Do let us if you think all the claims made by livewave about its antenna features are legit or not?