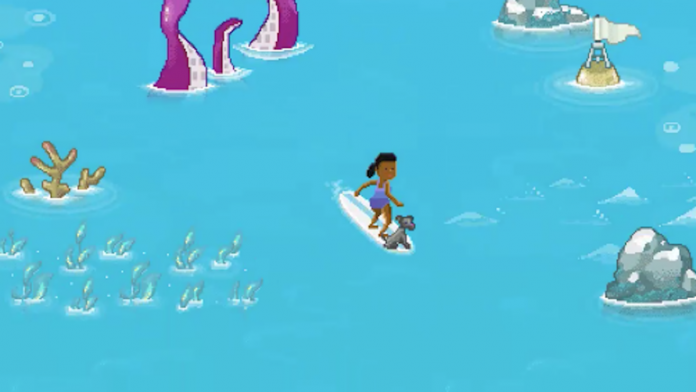 Microsoft has now made the Edge’s Surf game Easter egg available as an offline game in its browser. This offline game is very similar to SkiFree, a classic skiing game that was released in 1991 for Microsoft’s Entertainment Pack 3 for Windows.

The game is now available for everyone to play, which you can access via edge://surf/ if you are on Edge version 82 onwards. Microsoft has added this to Edge Canary and Dev builds of the browser, and it is expected to appear in the main stable version of the browser soon.

The new version now supports three new modes: a classic surf mode, a time trial, and a slalom mode where you surf between gates. It also has support for keyboard, mouse, touch, or gamepad, and local high scores. The purpose of the game is to ride the waves as far as you can while avoiding obstacles and the Kraken.

This is how Microsoft’s William Devereux describes the game, complete with screenshots:

Check out the video demo below:

The edge://surf game is now available as the offline game in Microsoft Edge! We've made a ton of improvements based on your feedback. Here's what's new in Canary/Dev:

The game certainly looks like a fun time-killer to play when you are stuck without an internet connection.

Do let us know what you think of this offline game, can it beat google chromes dinosaur browser game?