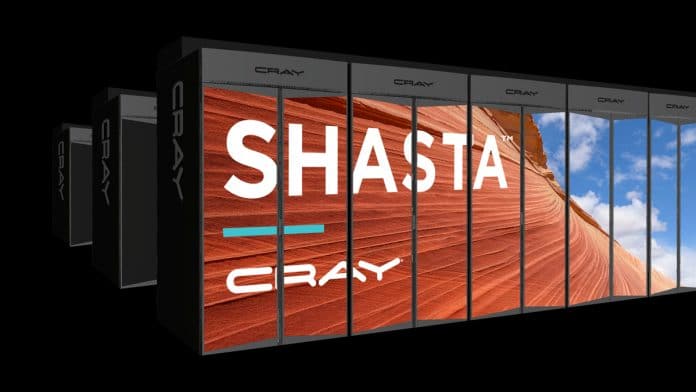 Developed by supercomputer manufacturer Cray, the new 12.8 petaflops Cray Shasta supercomputer will be the first high-performance computing system in the HPCMP to provide over ten petaflops of computing power to Department of Defense scientists, researchers, and engineers.

Also Read- Linux Powers All Top 500 Supercomputers In The World

It will also feature 590TB of memory and 14PB (petabytes) of usable storage, including 1PB of NVMe-based SSDs.

The system, which is expected to be online by the early fiscal year 2021, will be used to model aircraft, ships, and environmental simulations. It will also be used to calculate weather forecasts, such as tracking hurricanes and their intensity.

“Naval Oceanography’s ability to be the Department of Defense’s authoritative source for characterizing and applying data of the physical battlespace into a decisive advantage for naval, joint and allied forces hinges on the continual upgrade and advancements in high-performance computing from the High-Performance Computing Modernization Program.”

The system will be housed and operated at the Navy DSRC at Stennis Space Center in southern Mississippi. Had it to launch today, it would be ranked among the top 25 most capable supercomputers in the world, according to the ranking site, Top500.

“Our center is pleased to continue over twenty-five years of excellence in providing highly available supercomputers for the Department of Defense,” said Christine Cuicchi, Director of the Navy DSRC. “While the new supercomputer itself will be quite the workhorse, it is complemented by a host of additional tools and services that the Navy DSRC offers in support of DoD users’ research activities.

“Most people wouldn’t expect Mississippi to be one of the premier locations for large-scale supercomputing,” said Cuicchi, “but we are, and this new system will solidify our presence in the HPC community.”