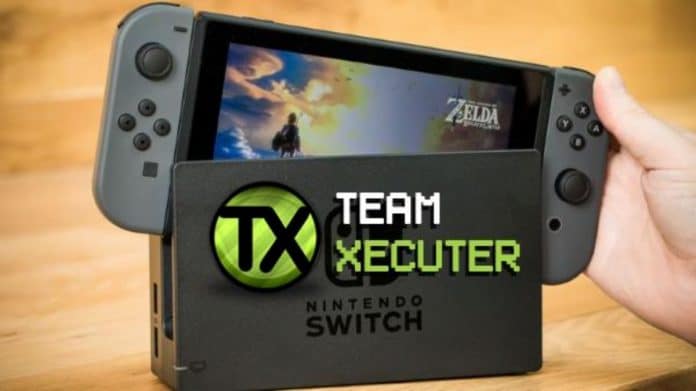 Nintendo, who is well-known for its infamous fight against game piracy, has filed two lawsuits in U.S. courts targeting several online websites selling Switch hacks and mods linked to Team-Xecuter and causing “tremendous harm” to the company.

Nintendo of America has filed two lawsuits last Friday, one in Ohio and one in Seattle. The Ohio lawsuit is filed against Tom Dilts Jr., who is believed to be the operator of the website UberChips, while the Seattle lawsuit targets “a number of anonymous defendants” from multiple websites.

Nintendo’s lawyers have accused defendants’ websites of selling products belonging to an anonymous group of hackers called “Team-Xecuter.” The hack put in place by Team Xecuter allows bypassing the protection measures of the Switch designed by Nintendo to protect the console against “unauthorized copying”.

“Team-Xecuter unlawfully designs and manufactures an unauthorized operating system (“OS”) called the “SX OS,” and accompanying piracy tools that install it (the “Circumvention Devices”). The Circumvention Devices — offered, distributed, and trafficked by Defendants — strip away or circumvent technological protection measures (the “Technological Measures”) that Nintendo put into place to protect its invaluable copyrighted software and video games from unauthorized access and copying,” read the court documents.

Once it is disabled, players can download the unauthorized operating system on their consoles and launch pirated video games. While the software and hardware created by Nintendo Switch hackers can be used for game piracy, it can also be used for more benign purposes like modding a console.

In its lawsuit, Nintendo specifically points out at resellers offering pre-orders for Team Xecuter’s new offerings and warns of their likely effect on its business.

“On information and belief, Defendants have accepted and confirmed hundreds of other preorders for the SX Core and the SX Lite throughout the United States, and plan to ship the products to purchasers when they become available, which is expected imminently,” the lawsuit says.

“The scale of potential harm from Defendants’ trafficking in the SX Core and SX Lite is astounding, threatening the circumvention of the Technological Measures protecting more than 35 million additional Nintendo Switch and Nintendo Switch Lite consoles currently in the marketplace (on top of the 20 million pre-June 2018 Nintendo Switch consoles),” it continues.

Currently, the UberChips site is no longer accessible and the operator has apologized via a message on the device’s website.

“I am sorry to inform everyone, but we must refund all pre-orders and cancel all pre-orders for SX Core and SX Lite,” states the message on the Uberchips website. “We intended no harm by selling pre-orders of this product. Please accept our apology for the trouble and your money will be refunded to you as quickly as possible.”

On the other hand, other websites listed in the second (Seattle) lawsuit is still operating.

Nintendo has asked for $2,500 per “traffic violation” in each of the lawsuits, as well as a permanent injunction to completely stop operations of these websites and for the “seizure, impoundment, and destruction of all Circumvention Devices.”