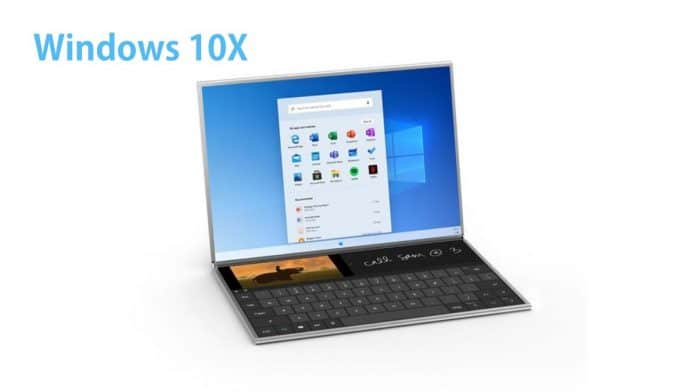 Microsoft on Monday announced that Windows 10X originally destined to launch explicitly on dual-screen devices will now first arrive on laptops and other single-screen devices.

For those unaware, when Microsoft’s Windows 10X was announced last year, the Redmond giant back then had said that the operating system would be available for dual-screen devices only such as Surface Neo that was supposed to launch this fall. However, this has now changed with the recent announcement.

“The world is a very different place than it was last October when we shared our vision for a new category of dual-screen Windows devices,” Panay wrote.

“With Windows 10X, we designed for flexibility, and that flexibility has enabled us to pivot our focus toward single-screen Windows 10X devices that leverage the power of the cloud to help our customers work, learn and play in new ways,” he added.

“These single-screen devices will be the first expression of Windows 10X that we deliver to our customers, and we will continue to look for the right moment, in conjunction with our OEM partners, to bring dual-screen devices to market.”

The reason for Microsoft prioritising the release of Windows 10X on single-screen devices over the intended dual-screen devices is due to the current coronavirus (COVID-19) pandemic.

According to Panay, Microsoft users are spending over 4 trillion minutes on Windows 10 a month, which is a 75% year on year increase. This is also because millions around the world are working from home or studying online during the lockdown.

“As we continue to put customers’ needs at the forefront, we need to focus on meeting customers where they are now. Our customers are leveraging the power of the cloud more than ever, and we believe the time is right to lean into this acceleration in a different way,” said Panay.

Microsoft hasn’t given an exact timeline on when Windows 10X would be coming on laptops, existing or new Windows 10 devices, nor when dual-screen devices will launch with the OS. Since the company is focusing on single-screen devices, we can expect the OS to launch soon. However, we will still have to wait for an update from Microsoft.

Also Read- Developer Gets Windows 10X Running On A MacBook