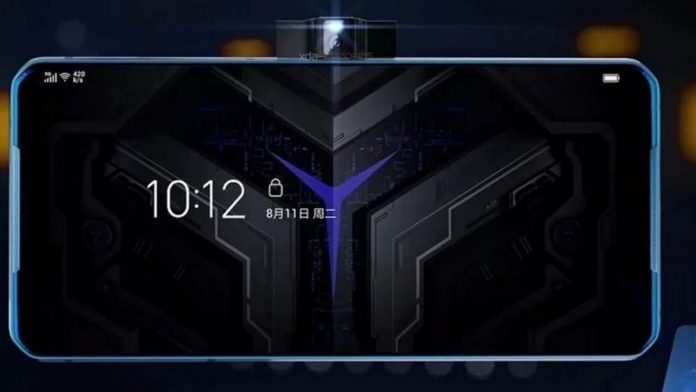 Chinese technology company Lenovo is all set to unveil its much-anticipated and first-ever gaming smartphone under the Legion brand on July 22.

The announcement was made by the company on the Chinese microblogging website, Weibo wherein it confirmed the launch date and time of the phone.

In a fresh promo teaser shared by Lenovo (via Sparrow News), the company has confirmed that the upcoming gaming phone will feature the latest Qualcomm Snapdragon 865 Plus (aka Snapdragon 865+ SoC) instead of Snapdragon 865 chipset to provide enhanced gaming performance.

The upcoming Lenovo gaming phone is expected to feature a Full-HD+ (1,080×2,340 pixels) resolution display along with 144Hz refresh rate and have a 270Hz touch sampling rate for smooth scrolling.

It may be equipped with a large 5,000mAh battery and have 90W fast charging support. Also, the device will come equipped with 6GB of LPDDR5 RAM and 128GB of UFS 3.0 storage.

While these specifications seem insufficient and unjustifiable for a high-end gaming smartphone, the Chinese company is expected to launch another Legion Phone (Pro model) that will include the exclusive hardware, including the 144Hz display, Qualcomm Snapdragon 865+ SoC, 16GB of RAM, and 512GB of UFS 3.1 internal storage.

An image leak earlier in May suggests that the Lenovo Legion gaming phone will have a 64MP+16MP ultra-wide rear camera pairing and a 20MP selfie shooter.

The phone may also integrate two USB Type-C ports – one on the left side of the phone, along with one on the bottom, and have 65mm drivers for dual speakers. The new gaming phone will run Android 10 with Lenovo’s ZUI 12 system.

While Lenovo has not disclosed any pricing details about the upcoming Legion gaming phone, we can expect to get more information during the official unveiling of the device on July 22, 2020, at 7:30 pm CST (5:45 pm IST).