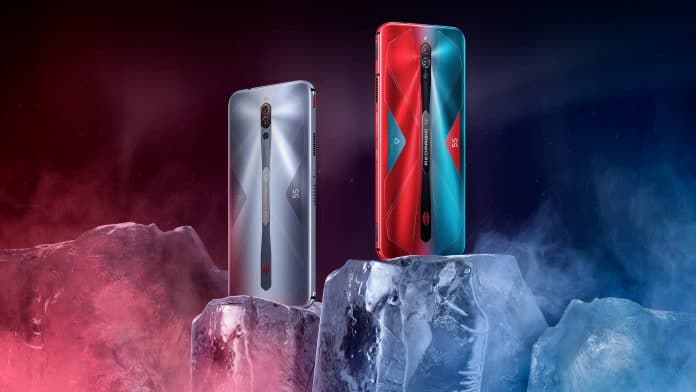 Nubia’s RedMagic has always been at the forefront when it comes to announcing Gaming phones with the state of the art technology, which is still in its rarity in the market. This time, they did one better with the all-new RedMagic 5S.

Compared to the last year of 5S, there have been minor improvements in the specs department. However, the chipset stays the same as the Snapdragon 865, borrowed from the RedMagic 5G.

The company has assured of betting cooling with the new L-shaped cooling pipe, that claims to provide 4.3% more ventilation when coupled with the fan.

Moreover, it will the first time ever when a company will use thermal as a compound for cooling its smartphone. The extra cooling will need an additional accessory, named Ice Dock, which would cost ¥179 ($25.56).

Apart from the processor, we see a considerable upgrade in RAM which has been increased to 16 GB. A substantial upgrade from the earlier phones which maxed out at 12 GB of RAM.

Storage has become faster with the new UFS 3.1. Meanwhile, the battery is a modest 4500mAh, which many experts would consider as less for the display of this kind.

The display stays the same with 144hz refresh rate, in the times of ROG and Legion are catching up in the refresh rate space.

One of the key aspects, the touch screen has received a much-needed sampling rate boost, now clocking at 320Hz, while the earlier versions sported a 300Hz streamlined display.

The phone is touted to release in China on 1st of August with three variants. The first variant has 8GB of RAM and 128GB of storage, costing ¥3,799 (roughly $542.50), available in the new silver colour.