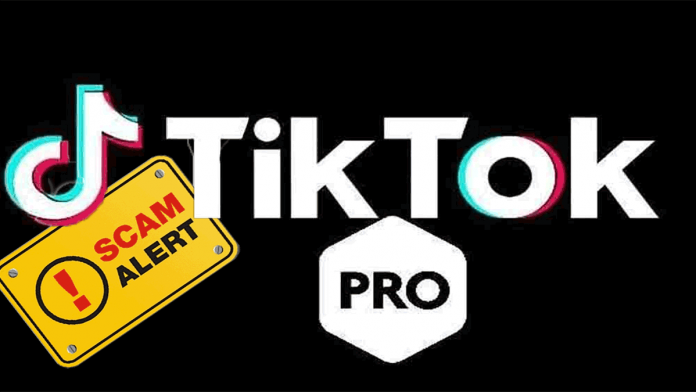 A fake, malware-laden version of the TikTok app, which goes by the name of Tiktok Pro, has surfaced in the short-videos space.

Ban of TikTok and other 58 apps by the Indian government sent shockwaves of disbelief and sadness across its 200 million-plus users in the country.

As per the developing trends, many imitating apps such as TikTok Pro are a malware-containing app that spreads itself through normal text messages or WhatsApp messages.

The message contains a link to the apk to download it directly. Here is the message that is going viral on social media.

The motive behind the Scam app

According to a study by ESET Research, Once installed, the app sends a malware message via SMS worm and WhatsApp to all the people in your contact list to get them on Tiktok Pro.

The message is as follows, followed by a malicious link to download the app.

Furthermore, while installing the app it asks for permission to gain access to the camera, gallery, microphone, etc and then you get the prompt to log into your Tiktok account.

The researcher has claimed that your original TikTok credentials are not sent out of your phone. Instead, they are used to make you watch ads and monetize them for making revenue.

This puts your files and genuine TikTok credentials at risk of being stolen.

Maharashtra Cyber Cell, a state level cyber nodal agency in India warned about the malware laden app on July 8, much before any of the International or national agencies took notice.

Citizens are requested to be aware of the new TikTok scam happening under the name of a malware app 'TikTok Pro'@DGPMaharashtra @CyberDost #CyberSafety #CyberSecurity pic.twitter.com/KqWk70KhbV

Over to You – With a word of Advice

There are several hundreds of copycat apps of the banned apps initially, with some aimed to serve you with genuine intent. The majority of them are out with nefarious, evil intents, looking to steal sensitive information, files, and more.