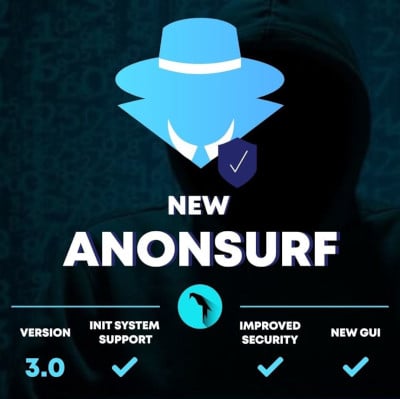 AnonSurf 3.0 now ships with three separate modules: GUI, Daemon and Utilities. The GUI is written in NIM, a blazing fast programming language very easy to write and read that compiles in native C code. It uses Gintro GTK for the interface and it has several features to let the user control the anonsurf behavior.

Thanks to its integration with NYX, you can now start, stop and reload anonsurf. You can also easily configure anonsurf to automatically start at boot, as well as easily monitor the status of tor and see the traffic, the logs and some usage statistics.

In addition, the new AnonSurf Daemon takes care of shutting down the service automatically at shutdown in case the user powered off the computer with anonsurf enabled.

Parrot OS now comes with Linux 5.7. Given below are a few important changes of this new kernel version:

For more detailed information, you can read this changelog.

Metasploit 6.0 ships a lot of awesome features that were missing from the previous versions. 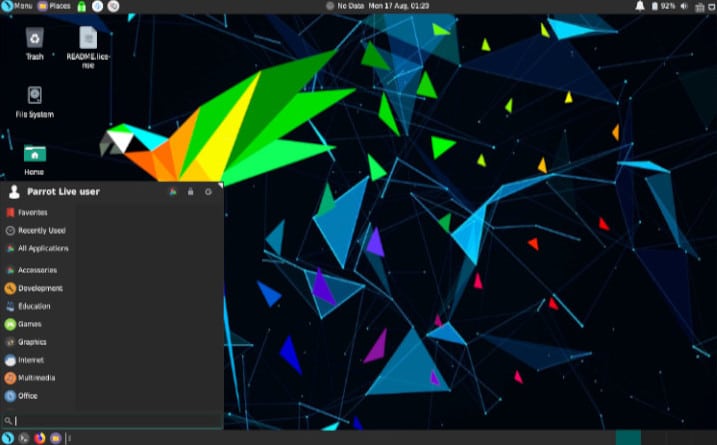 Parrot OS now officially supports the lightweight Xfce Desktop Environment, which will be provided alongside MATE and KDE.

There was a bug in KDE that prevented console tools to be launched from the menu. This bug was finally fixed upstream in the KDE repos, but Debian has not yet delivered the updated version, so Parrot 4.10 is still affected by that.

A special page will alert people trying to download the KDE edition and explain the issue, and updated images will be released as soon as the fix is included in Debian.

The system is still usable and the affected tools can still be launched from the console, and it will be automatically fixed with later system updates.

The developer tools have been updated to its latest version (1.47.3) exclusively for developers. Geany (with some Parrot customizations) is also pre-installed for those running on less powerful hardware.

Parrot now ships with Python 3.8, GOLANG 1.14 and GCC 10.1 and 9.3 by default. Additionally, version 4.10 has also improved its development metapackages by adding nim support.

Other Updates From Upstream Providers

This version ships with all the latest updates from upstream sources (mostly Debian). So, now every new fix, improvement (or bug) is included in Parrot 4.10 as well.

Since Parrot OS is a rolling release distribution, you can update your existing version of Parrot 4.9 via APT using any one of the following commands:

You can now download the new version of Parrot 4.10 with the MATE, KDE or Xfce desktops from its official website.