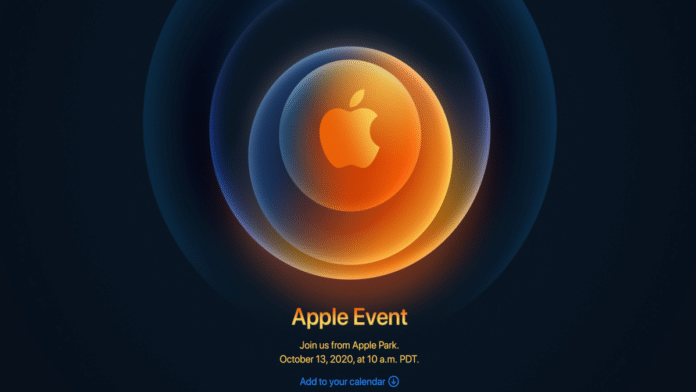 Apple is gearing up for its second fall event of the year by sending out invites to bloggers and media for its virtual event on October 13, 2020 at 10 a.m. PDT. This event will be live-streamed across Apple’s website, which is expected to showcase the company’s upcoming iPhone 12 series.

The Cupertino giant had held its first virtual event in September this year where it had unveiled the Apple Watch Series 6 and the Apple Watch SE, a refreshed iPad mini (2020), 8th generation iPods, and a few other new services.

While Apple has not divulged any details about the upcoming event, the invite does read a tagline, “Hi, Speed” hinting that the iPhone 12 series will be the company’s first phones to come with 5G connectivity.

The iPhones will probably feature squared-off edges and flat screens similar to Apple’s new iPad Air and iPad Pro. While the iPhone 12 line-up include OLED displays across the board, the Pro models are expected to have better displays, supporting 120Hz ProMotion and 10-bit color.

The line-up is also expected to have improved video capabilities to include 4K slo-mo at up to 240fps, as well as there are discussions of an “Enhanced Night Mode” and “Advanced Noise Reduction.”

The models will probably be powered by the new A14 Bionic chip, and supported by either 4GB or 6GB of memory. The storage variants on the non-Pro models is rumored to be 128GB and 256GB, increasing to 512GB on the Pro models.

While all four models will support sub-6GHz 5G, the faster mmWave 5G tech will be limited to the Pro models and probably only on the 6.7-inch Pro Max.

In addition to the iPhone models, there are also rumors of the event showcasing Apple’s AirPods Studio over-the-ear headphones, AirTag item trackers, AirPower wireless charger, a new Apple TV and Siri Remote, as well as share news about the Apple Silicon transition for the Mac.