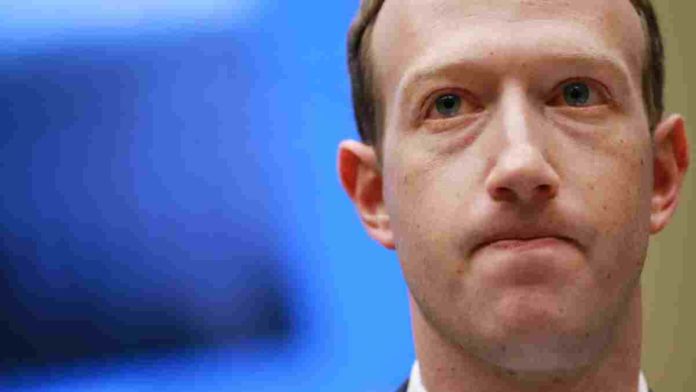 The ongoing battle between Facebook and Apple continues to intensify, as a new report from The Wall Street Journal, reveals that Facebook CEO Mark Zuckerberg had told his team to “inflict pain” on Apple over iOS 14 privacy dispute.

The detailed report by WSJ highlights the relation shared between Facebook-Apple with both the companies even once being on the same side while underscoring the competitive threat posed by Google’s Android operating system to both the companies. During an interview in 2014, Apple CEO Tim Cook had even referred to Facebook as a ‘partner’.

However, things started taking a different turn when Apple in 2014 introduced stringent ways that would make it harder for Facebook to track usage and target ads to users. As tensions between the two grew over the subsequent years, Zuckerberg and Cook held a face to face meeting in 2017, which “didn’t go well” and resulted in a “tense standoff,” the report says.

It got worse in 2018 when Cook made public comments about the Cambridge Analytica fiasco wherein he said that if he was Facebook’s CEO, his company “won’t be in such a situation.” Zuckerberg fired back publicly, calling Cook’s comments on TV “extremely glib” and “not at all aligned with the truth.”

In private, WSJ’s report says Zuckerberg was even harsher. “We need to inflict pain,” he told his team, for treating the company so poorly, according to sources familiar with the exchange.

As per the report, Dani Lever, a Facebook spokeswoman said in a statement that Apple’s pitch of choosing between personalized services and privacy was a “false trade-off” and that Facebook provides both.

“This is not about two companies. This is about the future of the free internet,” she said, asserting that small businesses, app developers and consumers lose out under Apple’s new rules. “Apple claims this is about privacy, but it’s about profit, and we’re joining others to point out their self-preferencing, anticompetitive behavior.”

She denied that the dispute between the two companies is personal, and said that Facebook is “deliberately standing up to Apple” on behalf of businesses and developers hurt by the new policy.

The report further adds that the tension between Facebook and Apple is so intense these days that “advisers to the two companies, including law firms and lobbyists, are growing concerned that they won’t be able to work for both.”

Back at WWDC 2020, Apple had announced that it would be releasing App Tracking Transparency (ATT) function to all with the launch of iOS 14.5 and iPadOS 14.5, which would require apps to ask user consent for being tracked across apps and services and show them personalized ads.

Reacting strongly to the privacy feature, Facebook back then said that its mobile advertising tools would be “so ineffective on iOS 14 that it might not make sense to offer it on iOS 14.”

The announcement of the change in privacy tracking feature garnered a lot of criticism for Apple from developers and advertisers forcing the Cupertino giant to postpone the change until 2021.

In December 2020, Facebook ran full-page ads in at least three U.S. newspapers attacking Apple. The ads claimed that Facebook is standing up to the iPhone maker for small business everywhere. It also pointed out that limiting the use of personalized ads would not only impact larger companies like Facebook but also be devastating to small businesses.

In an interview last month, Cook had slammed Facebook’s business model saying that valuing engagement over privacy leads to “polarization” and “violence.”

Starting in 2021, Apple will be introducing the new ad-tracking change for all apps in the App Store. The company has already made it clear that developers need to comply with the App Store rules or else their apps would be removed from the App Store.