Nowadays, watching television shows on broadcast channels does not hold the same appeal as it did a few years ago. Rather, we prefer streaming and binge-watching content on Video on Demand platforms.

For instance, Internet Protocol Television (or IPTV for short) is fast becoming a superior alternative to the conventional dish and satellite television.

So, this article elaborates on the best IPTV players for Windows in 2023. Watch your favorite channels, movies and on-demand videos online on your PC.

It is a service or application that allows your computer to stream a range of multimedia content through Internet Protocol (IP) networks.

Despite using the IP, it is not limited to television streamed over the internet.

It is widely used in subscriber-based telecommunications networks without the need for antennas, satellites, dishes, etc. You can purchase an IPTV subscription and enjoy watching live media, video on demand, and TV channels.

So, if you are planning to stream TV channels online or buy an IPTV subscription for bonus content, here are some of the best options you have in hand. 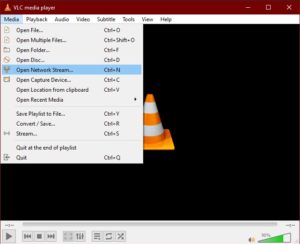 One of the most popular IPTV players for Windows 10 PC, VLC Media Player is an open-source, cross-platform, and free media player. This software seamlessly manages your local media, alongside streaming IPTV content, without putting your privacy and security on the line.

One way to stream IPTV content on VLC Media Player is by clicking on the “Media” menu, and select “Open Network Stream”. Then you can enter the URL of the IPTV source into the “Network” field and click on the “Play” button.

Keep in mind that streaming IPTV through VLC Media Player is dependent on the quality and stability of the IPTV source.

It also possible to use VLC media player to open m3u playlists which are the files containing IPTV links. This can be done by dragging the m3u file into the VLC player, or by going to ‘Media’ > ‘Open File’ or ‘Open Network Stream’ > then type or paste the URL for m3u file.

Here are some of its highlighting features:

Another IPTV player that you can choose is Kodi, which plays your local media, videos on demand, and digital channels. That said, it is imperative to note that while it has an array of third-party add-ons, some of them are not legal to use.

Therefore, we recommend that you go over its add-ons before installation. In addition, you can choose a VPN service to protect your privacy when using Kodi.

It also  allows users to play and view most streaming media, such as videos, music, podcasts, and videos from the internet

Some of its features are as follows:

PotPlayer is an underrated yet amazing IPTV player available for Windows. Just like VLC, it supports a variety of video codecs which will ensure that all streams work without any problem.

The built-in optimization ensures that all the streams are optimized for the best viewing experience. PotPlayer lets you choose between different sound cards for optimal sounds through your stereo equipment. 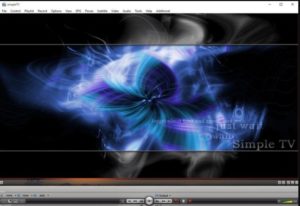 Simple TV makes it to this list and stands out from the rest due to its portability. This implies that it does not update new entries on its Start menu and Windows registry without your consent.

Furthermore, with this player, you can easily customize every entry on its main window, which makes browsing easier.

Given below are some highlights of Simple TV: 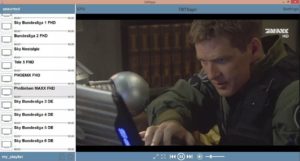 This IPTV player for Windows PC supports every major protocol, including RTSP, UDP, TS, RTMP, and HLS. The player extends M3U8 playlist support and is free from advertisements.

In addition, it allows users to control stream content by way of their ISP on various devices through a centralized control on its website.

Now, let’s take a look at some of the top features of OTTPlayer: 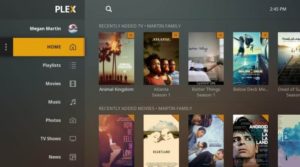 Next up on our list of players for smart video streaming is Plex. It allows you to play local files as well as music, videos, and movies. In fact, Plex is known for its ability to transcode any type of media file. Furthermore, it has a simple and user-friendly interface so that you can watch videos without a hitch.

You can find many public servers on Reddit. Some offer premium content for a monthly or lifetime fee.

Listed below are some of its highlighting features: 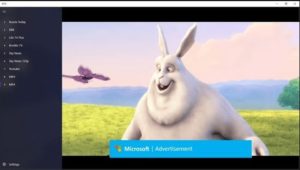 This player joins the list of the best IPTV players for Windows PC as it allows users to watch their favourite digital channels and shows for free via several live media sources. That said, it does not broadcast media sources for watching digital multimedia. Rather, it extends a platform wherein one can watch IPTV content.

Here’s a rundown of its best features: 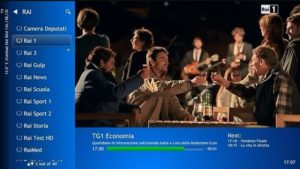 Whether you wish to stream digital TV channels or listen to online radio, ProgDVB/ProgTV is one player that caters to your preferences. It is one of the top IPTV players for windows that supports data from multiple sources.

Here’s why you can consider opting for this player: 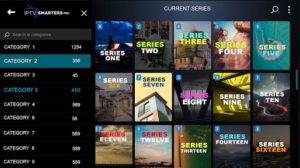 Although it is meant for Android devices and iOS, you can use this player on Android emulators as well as Windows.

Moreover, you can easily install IPTV Smarters Pro on a device in a few simple steps.

This player comes with the following features: 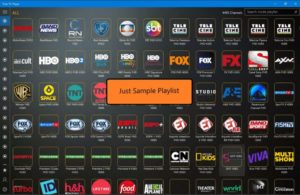 Next on this list is TV Player, another free IPTV player for Windows PC that you can download for your computer. It allows you to stream movies, series, digital TV channels, and radio.

In addition, its attractive yet simple UX makes it an ideal choice for novice users. Furthermore, TV Player lets you create a playlist as per your taste and preference, then secures the same for later use. 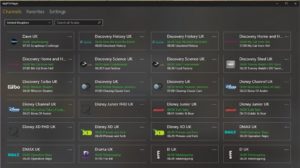 MyIPTV Player is amongst the best IPTV players for Windows PC. All the channels are automatically grouped here for easier categorization.

MyIPTV Player is available for free download on the Microsoft store. It allows you to watch videos and live TV via m3u playlists. Here are some of its highlights: 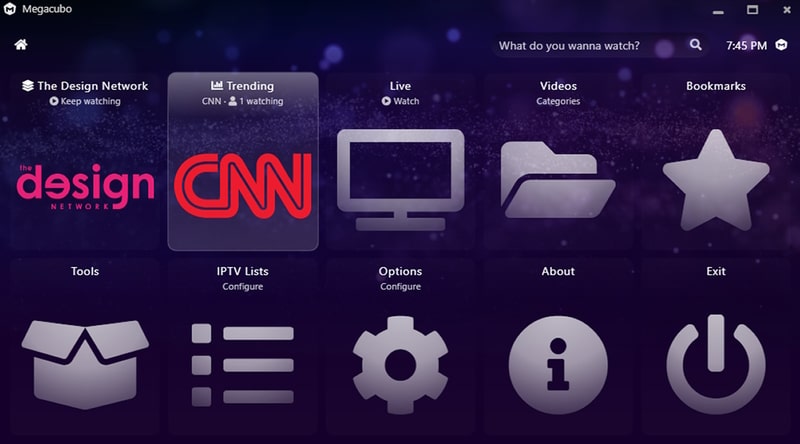 Megacubo is another exciting player for IPTV to stream live channels. It allows users to watch and record TV channels from various sources, such as IPTV, digital TV, and web-based streams.

Megacubo is primarily used as a TV player and supports features such as electronic program guides, scheduling recordings, and live streaming.

Along with that, you get an Electronic program guide (EPG) for channel listings and schedule information. It helps viewers stay updated with the latest shows, and movies broadcasting on channels. 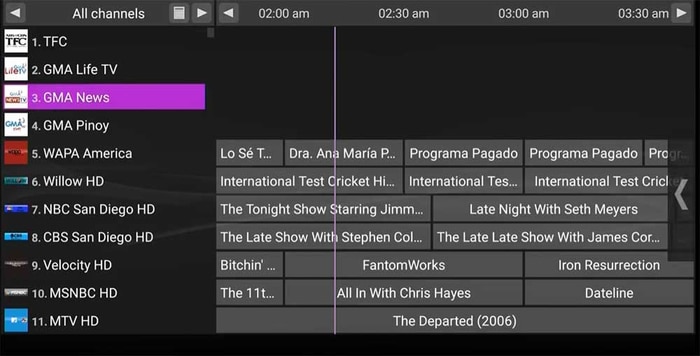 Watch your favorite TV channels on PC through Perfect Player. It offers a nice on-screen display which lets you control the stream in full-screen.

A few channels get dropped and start showing no signal. Perfect player removes them from the playlist until they become active again. This helps in keeping your playlist clean.

The interface of this IPTV player is user-friendly and intuitive, making it easy for users to find and play their preferred content. 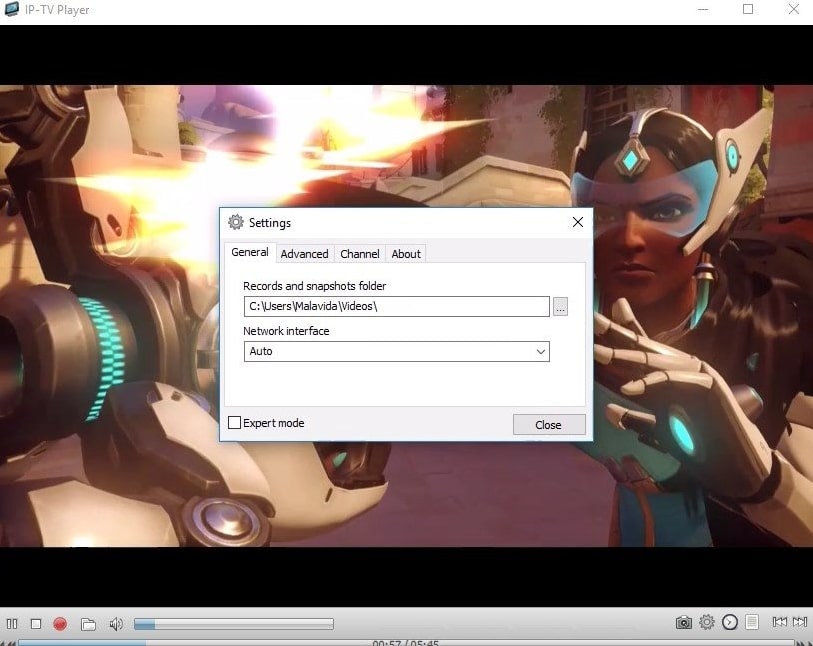 This IPTV player is inspired by VLC, borrowing their source code along with the user interface. Therefore you won’t have to worry about its compatibility or streaming capability.

IP-TV player produces high-quality streams for low data consumption. You can use it on slower speed internet. Enjoy video on demand(VOD) and live TV channels from anywhere.

Here you can organize the IPTV channels into playlists, which makes it easier to find and watch the channels they prefer. 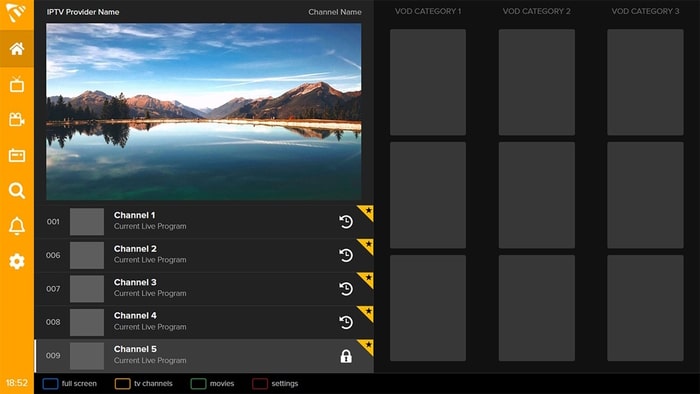 Max Player is a reliable IPTV player that I found on the Microsoft store. You can create an account and synchronize content across different devices.

If you are watching IPTV on Windows and then continuing on TV, then you can do it using the app. Resume from you left on the computer and you won’t have to miss out on the interesting parts of the show or movie.

Max Player fills gaps in content that is left by your IPTV service provider. It looks for missing information regarding the content and presents it in an organized manner.

Just like Netflix, Hulu, Max player lets you create 5 sub-users. Manage different channels and content without overlapping with other people.

That concludes our rundown of the best IPTV players for Windows PC.

Though there are several other options to choose from, you can rely on this list for the top players in terms of usability and features.