Most of us have an unquenchable thirst for news content available in multiple forms. It is no surprise, either, because listening to news forms our opinions, worldviews, and understanding of what happens around us.

The Internet is full of news sources that are full of hoaxes, politically motivated content, state-sponsored news, and fake stories. Due to the same reason, we need to consume information from unbiased news sources that report factual news.

In this article, we have listed the ten best unbiased news sources you can rely on.

We have selected all these publications based on broad criteria. For instance, the news sources on this list have been in the journalism industry for years.

They have also scored considerably high in studies and surveys concerning unbiasedness. 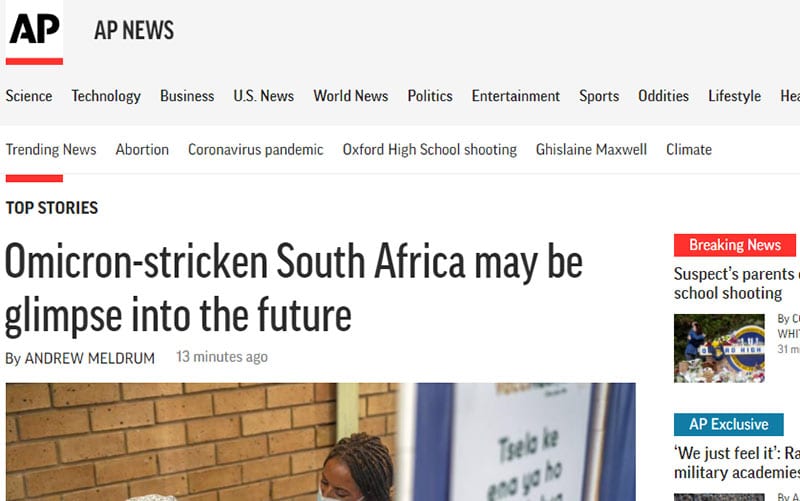 The Associated Press is a New York-based news agency that believes in independent journalism. The news source brings reports from across the globe, making it a definitive platform to know about everything. You can see that the Associated Press website does not involve click-baits or controversial headlines.

Instead, the news agency remains maximum neutrality while reporting. It is also one of the few news sources with no political inclination. Therefore, even while reading about sensitive topics like politics, you can get an unbiased experience from the AP.

Studies have proven that the Associated Press follows a fact-driven reporting and writing style. It stays away from generalizations, thereby focusing on specifics. In addition, the use of neutral language makes the AP a reliable news source. 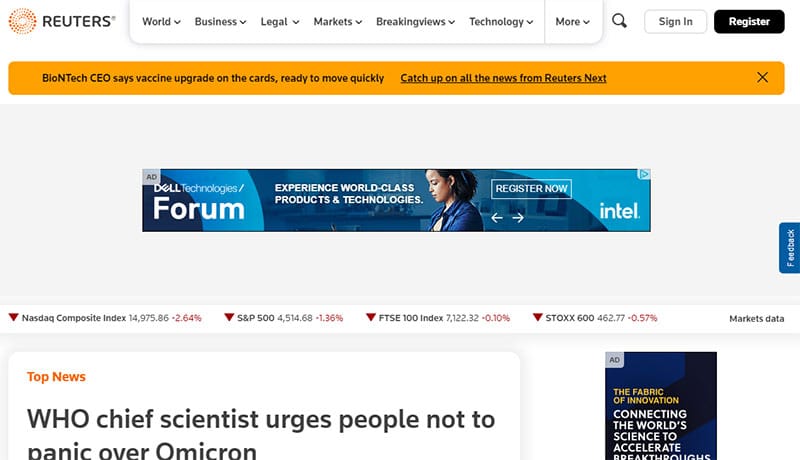 Reuter is one of the most trusted news sources and a leading name in the journalism industry. As you can guess, this news source does not use click-baits or manipulative headlines. On the other hand, it tells you precisely what you will read.

Because it has been a part of the international news culture, Reuters has become the gold standard of classy reporting and unbiasedness. Reuters has kept its comprehensive reporting style even while handling topics like the Israeli-Palestinian conflict.

Reuters does not have an ideological bias, unlike some other news publications. It means you can use it as a source for your regular news consumption. You can see that many national newspapers gather news reports from Reuters, which has an ever-expanding global network. 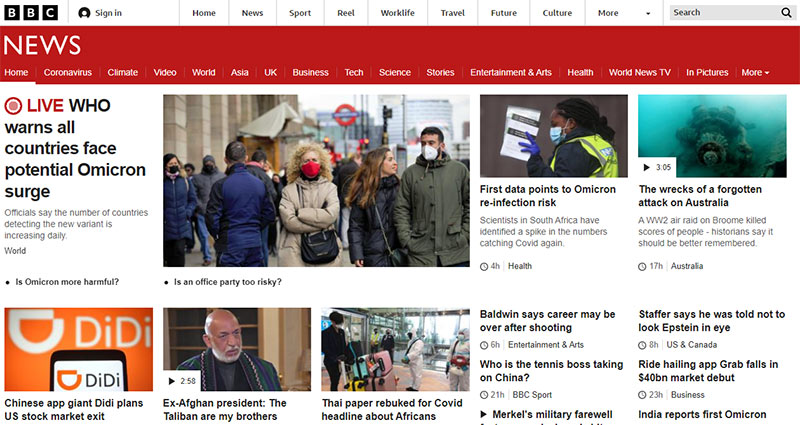 BBC, which stands for British Broadcasting Corporation, is another reliable source for unbiased news. It has been an industry leader and offers journalistic coverage across the globe. Even though it is not based in the United States, BBC news covers the different aspects of US politics.

The news source goes the extra mile to increase the overall integrity of reportage. For instance, you can find a ‘reality check’ section that will fact-check ‘popular’ news articles and debunk them if necessary. BBC News is also known for publishing worth-reading content.

Apart from being unbiased, BBC news is also a great source of vital information. For instance, since the start of COVID-19, the publication has offered reliable information to its readers. You can also find a lot of human-interest stories on the platform. 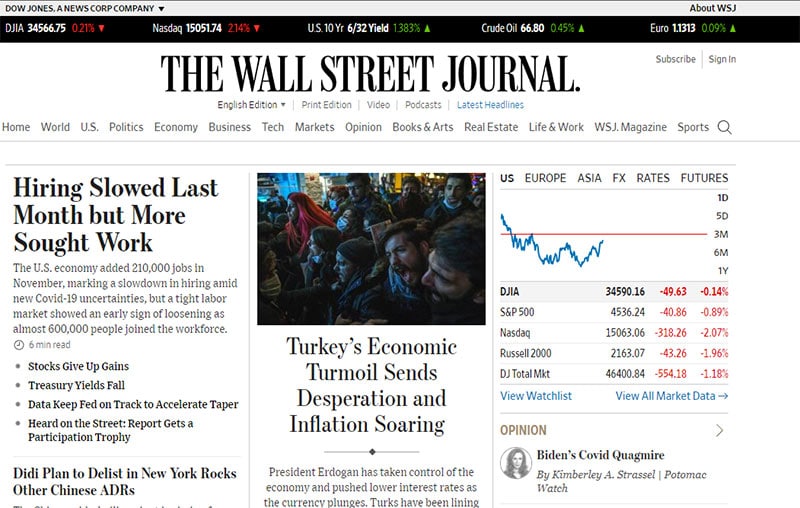 The Wall Street Journal is another name you can trust when you need factual reporting and representation. Since its inception, the WSJ has been a source for all sorts of reports. However, this publication seems to have a greater edge while covering the financial sector.

Even though corporate ownership is another part of the story, WSJ does not let political inclination affect publishing. The news source also takes a somewhat neutral approach in writing. Therefore, you may not find many controversial reports here.

Nevertheless, the content published by WSJ on all platforms adheres to strict ethical and editorial policies. Even their reviews, where a pinch of personal bias would not hurt, are known to be as unbiased as possible in the long run. 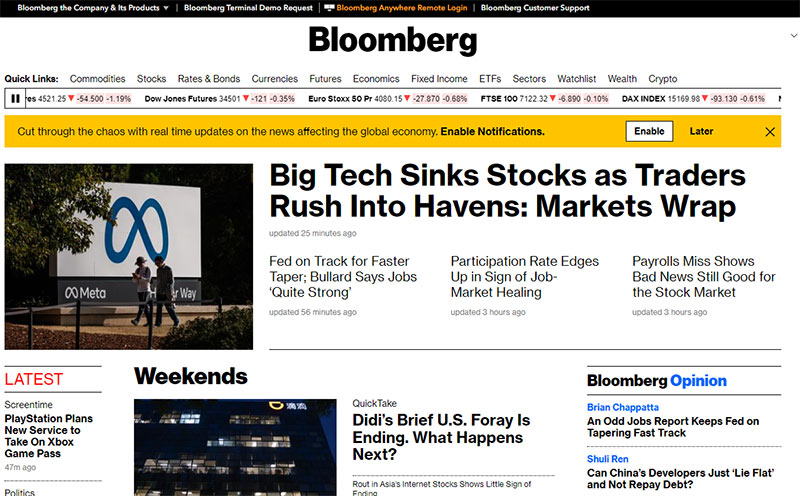 Another popular news source, Bloomberg, is also based in New York City. Since its start in 1981, Bloomberg has delivered the news, data, analysis, and video content. In recent years, Bloomberg has also enhanced its video coverage.

Bloomberg is an unbiased news platform that you cannot ignore regarding the market analysis. It offers a number of business-class services as well. It means Bloomberg excels as a software company, offering a set of advanced options.

You can count on Bloomberg reports if you want to know more about commodities, stocks, EFTs, currencies, etc. It also offers impressive coverage on crypto and wealth options. By the way, Bloomberg has a unique space for opinions as well. 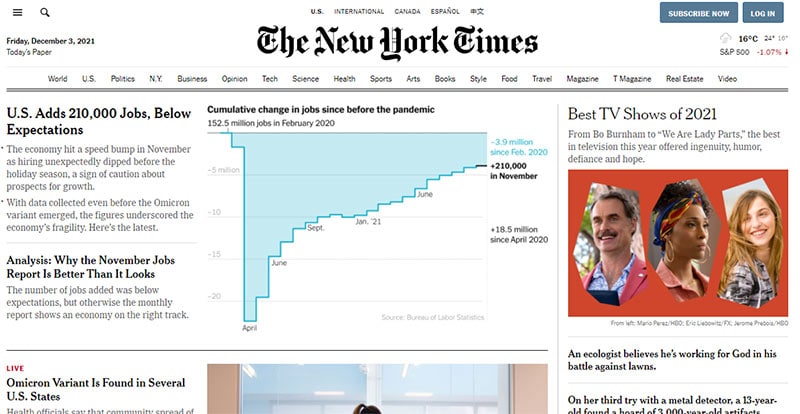 The New York Times is another comprehensive news platform that you can trust. It has been a great source for all things news for several decades. However, unlike the AP and Reuters, coverage from New York Times is often considered a bit left-leaning.

However, it should not stop you from considering the NY Times as a great source. Because of the ethics policy that the publication follows, the reports are checked for facts and specifics. It is also one of the leaders in independent journalism.

The New York Times seems to have an edge in the newspaper sector. It is yet to expand to the video content sector, but it will not be late. Over 170 years, the publication has won 132 Pulitzer Prizes, indicating its journalistic etiquette and the talent pool inside. 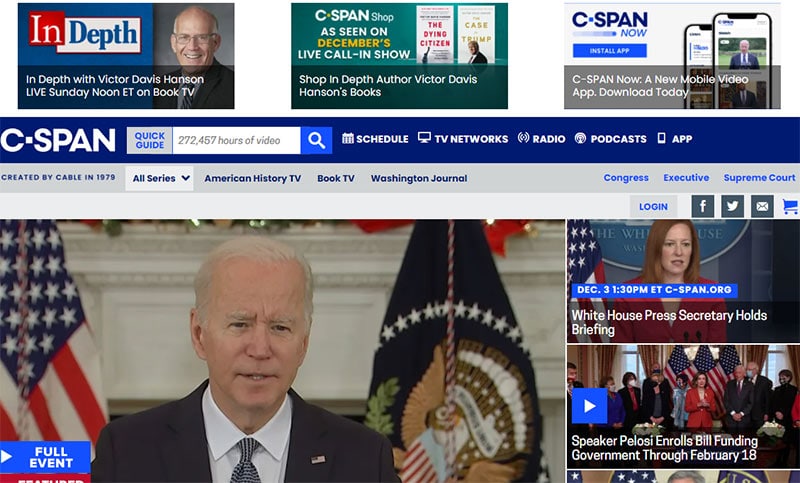 C-SPAN, which stands for the Cable-Satellite Public Affairs Network, is another neutral news source for all the major events in the United States. You can count on its political coverage, including live streams and in-detail reports. 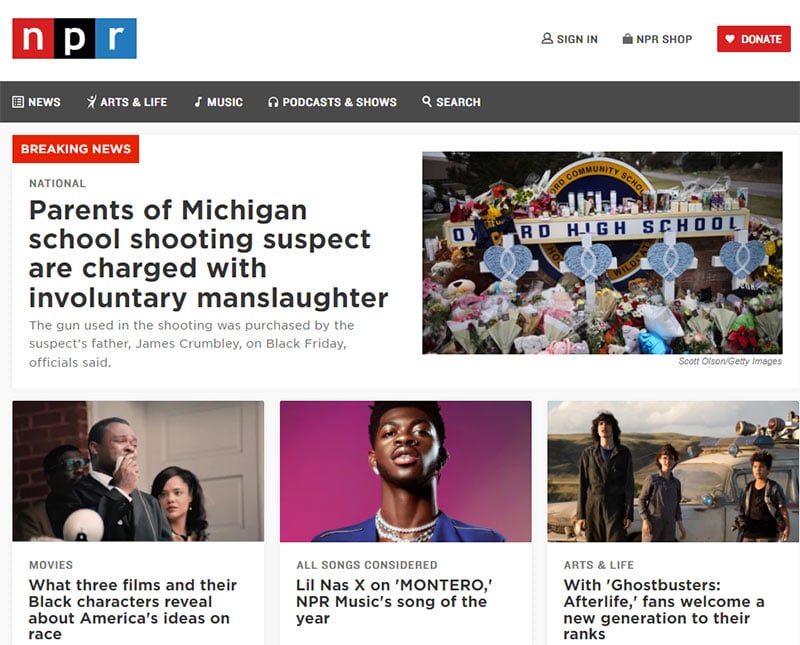 National Public Radio is a great news source in the United States. However, like the New York Times, it has been labeled left-leaning. On the bright side, NPR offers a broad spectrum of content, especially on culture and arts. 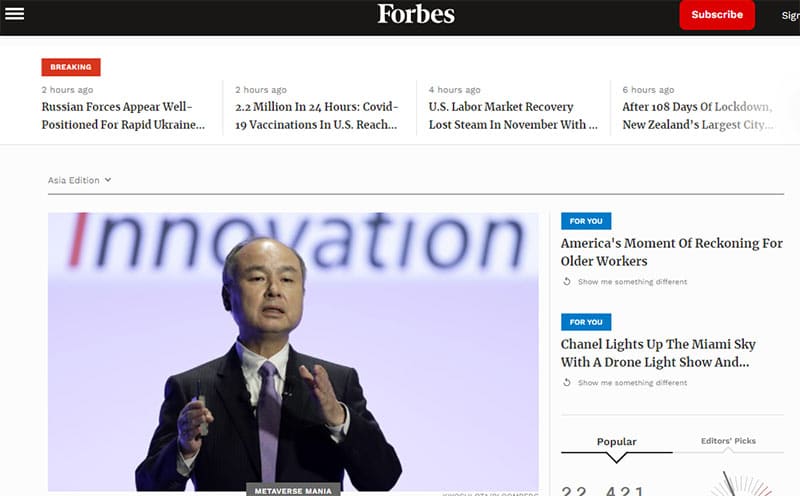 Forbes is not a traditional news source in that it has certain reservations. However, if you like to stay updated on the science and tech sectors, you should check out Forbes. It offers a variety of market analysis content as well.

Although owned by the corporate, NBC News is a trustworthy news source in the United States. Some of its reports favor the left political ideology, but you get facts, nevertheless. This news outlet is very strict when it comes to an ethical framework.

What Is an Unbiased News Source?

We are talking about publications with journalistic integrity, ethics, and a fact-based reporting style.

We will not lie; the internet is filled with fake news, manipulated narratives, and questionable reporting. Therefore, you may have trouble finding the best unbiased news publications.

What is the most reliable form of news?

There are multiple opinions on this matter, but many studies underline that newspapers are the most reliable form of news. First, newspapers get a sufficient amount of time to fact-check and refine content before they publish.

Second, there is little to no pressure to sensationalize the content. Many surveys conducted in the United States also confirm this idea.

How to know if your news is unbiased?

An unbiased news source will have a few unique characteristics. For instance, it will use more facts instead of arguments. Similarly, you can find sources to confirm what is published.

The news source should not have any moral or political bias either. For instance, there is a reason why Fox News is not on the list of top news sources.

Are there any unbiased newspapers?

Yes, unbiased newspapers definitely exist. The best example would be the New York Times, which often gets a little criticism for being left-leaning. Nevertheless, the platform does not make changes to what is being published.

We believe our list of the top unbiased news sources helps you get reliable news content on all matters.

Have a look out for the fake news that is often difficult to identify in the wave of different unverified sources. Always look for credible and verified sources for every news, and remember that social media posts don’t always count.

Along with that, we have chosen these publications based on multiple studies and popularity indexes. So, rest assured, you can be confident about what you read or consume from these news sources.