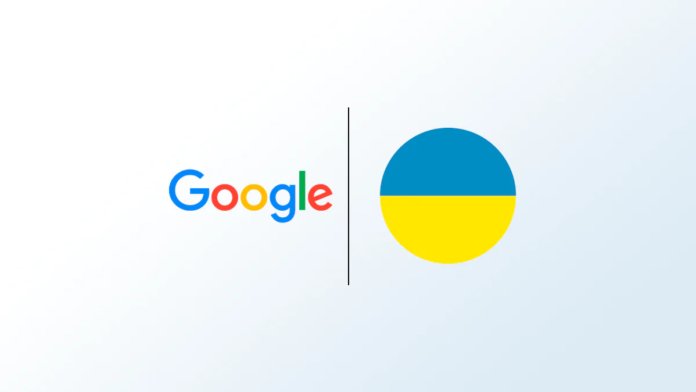 Google has started rolling out a rapid Air Raid Alerts system for Android phones in Ukraine on the behest of its government to help keep its citizens safe affected by the war.

Previously, the Ukrainian government was using an air raid warning system that currently runs through a third-party app on the Google Play Store to send air raid notifications to Ukrainians in regions with active alerts.

Tragically, millions of people in Ukraine now rely on air strike alerts to try get to safety. Working with the Ukrainian government, we're rolling out a rapid Air Raid Alerts system for all Android phones in Ukraine. https://t.co/tCzs0eI9iW 1/3

However, such a system is now being directly integrated into Android and is being rolled out via Google Play services. It leverages a “low latency alert mechanism” that Google built for earthquake alerts.

The alerts displayed before and after the airstrikes to the end-users will show the following text:

The Government of Ukraine issued an alert for %s at %s. Take shelter immediately. Tap to change settings.

The Government of Ukraine canceled the alert for %s at %s. Tap to change settings.

Besides deploying an Air Raid Alerts system on Android phones, Walker in the blog post also details the various efforts taken by Google to help Ukraine. Google’s Threat Analysis Group (TAG) has been regularly monitoring a range of threat actors, including FancyBear and Ghostwriter, and sharing details about threats to help raise awareness among the security community and high-risk users.

Further, Google has been developing ways for businesses to flag if they are providing services to refugees in Ukraine. Starting Thursday, hotel owners in countries neighboring Ukraine can indicate on their Business Profile whether they’re offering free or discounted accommodations for refugees.

And local businesses can post to their Business Profile on Search and Maps to offer various services and aid to refugees from Ukraine.

“As we compile this information over the coming weeks, we’ll make it possible for people to quickly find these places on Search and Maps,” Walker said.

Moreover, Google is allowing local NGOs to use the Google for Startups Campus in Warsaw to provide legal and psychological support to refugees. This is in addition to the previously announced $10 million commitment to local organizations helping refugees who arrive in Poland, as well as support for NGOs in Slovakia, Romania and Hungary.

Since Russia’s invasion of Ukraine, the search giant has paused Google ads in Russia as well as the vast majority of its commercial activities in the country – including ads on its properties and networks globally for all Russian-based advertisers, new Cloud sign-ups, the payments functionality for most of its services, and monetization features for YouTube viewers in Russia.

However, free services such as Search, Gmail, and YouTube are still operating in Russia for the time being. The company says it will continue to monitor developments.