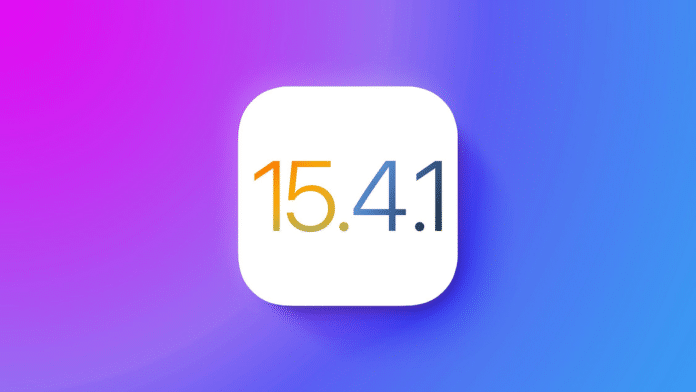 If you are on iOS 15.4 on your iPhone and facing battery drain issues, you will be relieved today as the Cupertino-based giant has finally released iOS 15.4.1 to fix the issue across an array of devices.

Ever since iOS 15.4 update arrived, it has been a roller coaster ride for Apple users as the battery on their devices kept draining faster than it should.

Albeit the update was a biggie thanks to the inclusion of Face ID with a mask on, the update was still a nightmare for those who would rather want a good battery life than a feature update.

Although Apple mentioned that it takes around 48 hours for the apps to adjust to the updates, however, it has been quite some time for the issue to stem out. With the incoming iOS 15.4.1, this has been successfully fixed which is a good thing. F

What the update has additionally offered is a security update. As per Apple, the iOS 15.4.1 update has fixed an issue causing an application with kernel privilege to execute arbitrary code.

Apart from the front hat, iOS 15.4.1 also brings a patch to some of the third-party apps that would lose connectivity on the hearing devices connected to the device. There’s also an update for braille text on devices when navigating or showing an alarm where it would abruptly become unresponsive.

If you are an iPhone (or iPad) user, you need to walk into the Settings app on your phone, proceed to General >> Software Updates, and check if you have received iOS 15.4.1 yet or not. If yes, download and install it. In case the update hasn’t arrived yet, it will soon arrive as Apple pushes OTA, and may take some time for it to reflect on devices.