Soon, Google Play Store will start hiding applications that aren’t updated and equipped with the latest Android functionalities. This move will swing into action starting November 1st and with that, it will help Google de-clutter the Play Store which is currently home to more than three million apps.

Starting November 1st, Google will stop recommending to users apps that the developers have kept outdated for a said duration. This goes in line with the similar policy rolled out by Apple for the their App Store.

According to the official blog post, developers are required to keep their apps updated and compatible with the API level within two years of any major Android release. For example, apps released during the Android 12 rollout but with API level on Android 9.0 will be shown a way out. 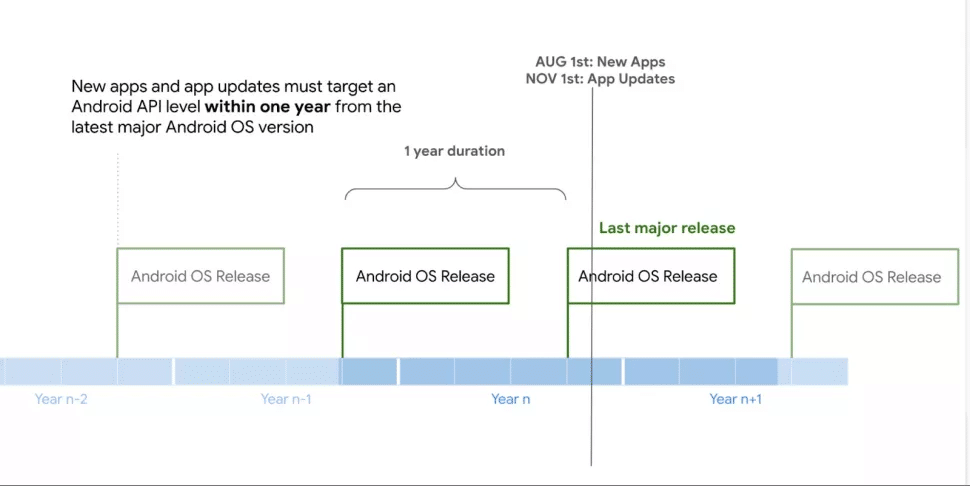 The developers will have to append the API level of their apps to the ones within two years of Android release as well. Google will not just hide the apps from the Play Store but also make them unavailable for discovery.

However, it will prevent users from upgrading the app while running a higher API level above the permissible levels.

Apart from the developer’s side, the users won’t be able to keep an older version of an app on their devices. This is because Google will require users to update their apps or face the consequences in the form of the unavailability of the app.

Apart from that, if the developer decides to not update the app for a long time, this will mean the app won’t be available for use even if it is functional.

This move will help Google Play Store de-clutter the Android marketplace which currently has more than 3 million apps at the time of writing this.