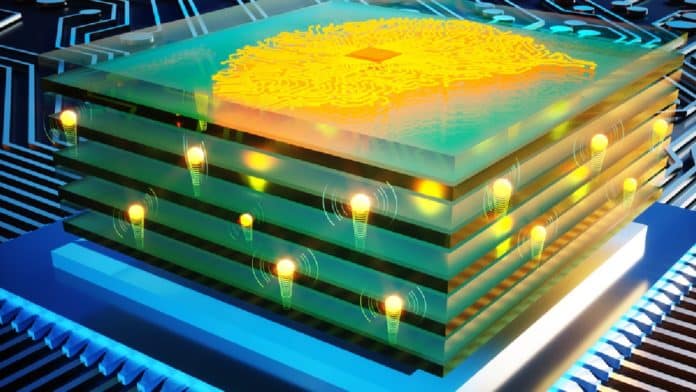 A team of researchers with the Massachusetts Institute of Technology (MIT) has been working to push the speed limits of a type of a previously developed human-made analog synapse, which is cheaper to build and is more energy efficient, and promises faster computation.

The resistors are built into repeating arrays to create a complex, layered network of artificial “neurons” and “synapses” that execute computations just like a digital neural network. Such a network can then be trained to achieve complex AI tasks such as image recognition and natural language processing.

Additionally, this organic material also makes the resistor extremely energy-efficient. Unlike materials used in their device’s previous version, the newly developed material is compatible with silicon fabrication techniques and could pave the way for integration into commercial computing hardware for deep-learning applications.

“With that key insight, and the very powerful nanofabrication techniques we have at MIT.nano, we have been able to put these pieces together and demonstrate that these devices are intrinsically very fast and operate with reasonable voltages. This work has really put these devices at a point where they now look really promising for future applications,” said senior author Jesús A. del Alamo, the Donner Professor in MIT’s Department of Electrical Engineering and Computer Science (EECS).

“The working mechanism of the device is electrochemical insertion of the smallest ion, the proton, into an insulating oxide to modulate its electronic conductivity. Because we are working with very thin devices, we could accelerate the motion of this ion by using a strong electric field, and push these ionic devices to the nanosecond operation regime,” explained senior author Bilge Yildiz, the Breene M. Kerr Professor in the departments of Nuclear Science and Engineering and Materials Science and Engineering.

“The action potential in biological cells rises and falls with a timescale of milliseconds since the voltage difference of about 0.1 volt is constrained by the stability of water,” said senior author Ju Li, the Battelle Energy Alliance Professor of Nuclear Science and Engineering and professor of materials science and engineering. “Here we apply up to 10 volts across a special solid glass film of nanoscale thickness that conducts protons, without permanently damaging it. And the stronger the field, the faster the ionic devices” he added.

The said programmable resistors significantly increase the speed at which a neural network is trained, while considerably reducing the cost and energy to conduct the training.

The latest development could help scientists develop deep learning models much faster, which could then be applied in uses such as self-driving cars, fraud detection, and medical image analysis.

“Once you have an analog processor, you will no longer be training networks everyone else is working on. You will be training networks with unprecedented complexities that no one else can afford to, and therefore vastly outperform them all. In other words, this is not a faster car, this is a spacecraft,” adds lead author and MIT postdoc Murat Onen.

The findings of the research were published in the journal ‘Science’.