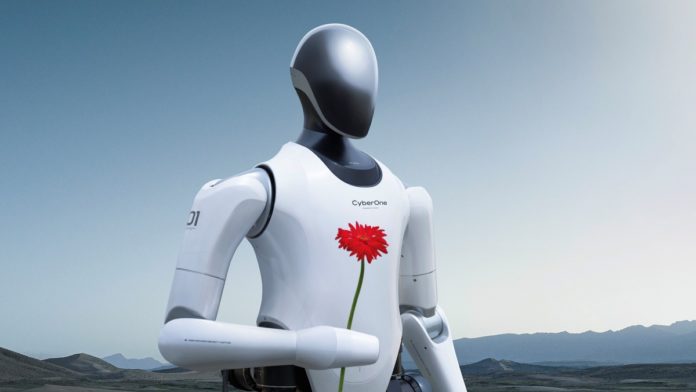 CyberOne has the ability to detect human emotion, improved vision, and can create three-dimensional (3D) virtual reconstructions of the real world. It has a face in the form of a curved OLED panel to display real-time interactive information.

I was both nervous and thrilled to interact with him on stage. What did you think of his performance tonight? #CyberOne pic.twitter.com/Je1eXDYEGR

“CyberOne’s AI and mechanical capabilities are all self-developed by Xiaomi Robotics Lab. We have now invested closely in R&D spanning varied areas, together with software program, {hardware}, and algorithms innovation,” said Lei Jun, Founder, Chairman, and CEO of Xiaomi Group who demonstrated the CyberOne at the event.

“With AI at its core and a full-size humanoid body as its vessel, that is an exploration of prospects of Xiaomi’s future technological ecosystem and a brand new breakthrough for the corporate.”

During the demonstration, the humanoid robot could be seen walking individually on two legs, giving a flower to CEO Jun, and communicating with people. The maximum speed of CyberOne is about 3.6 km/h.

Further, CyberOne measures 177cm in height and 52kg by weight, with an arm span of 168cm. It supports up to 21 degrees of freedom in motion and can imitate human movements due to its real-time response speed of 0.5ms for each degree of freedom in motion.

In addition, CyberOne is equipped with advanced arms and legs, which are dependent on the performance of each joint motor. In order to ensure that the robot’s upper limbs are flexible, Xiaomi has developed a high-efficiency motor weighing only 500g with a rated output torque of up to 30Nm for the upper limb joint motor. Similarly, the hip joint motor can generate an instantaneous peak torque of up to 300Nm.

CyberOne’s walking posture has been programmed to be both natural and stable, thanks to the self-developed humanoid bipedal control algorithm. Besides this, the humanoid robot is capable of holding up to 1.5kg in weight with a single hand and programming by demonstration.

Also, the humanoid machine is equipped with a self-developed MiAI environment semantics recognition engine and a MiAI vocal emotion identification engine, which enables it to identify 85 types of environmental sounds and 45 classifications of human emotion. It is able to detect happiness, and even comfort the user in times of sadness.

According to Jun, humanoid bionic robots need the highest degree of technical integration and present the largest challenge in the field of intelligent robotics.

He added that Xiaomi is taking its first steps in the field, and CyberOne is continuously adding new capabilities. “We think that intelligent robots will definitely be a part of people’s lives in the future,” said Jun.

Check out the official video that showcases the main features of CyberOne.