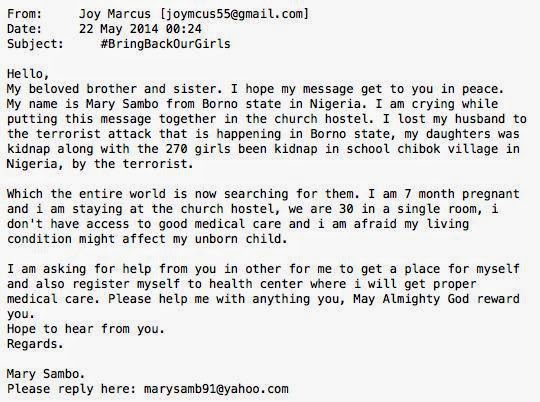 Scamsters taking refuge of  hapless and tragic incidents happening around the world is nothing new.  With every tragedy there seems to be some scammer ready to reap windfall gains from the issue.  It happened with the Air Malaysia flight MH370 couple of months back and the Universal Studio Roller Coaster incident in last week of April Last month. The latest tragic incident which the scammers hope to mint money is the kidnapping of more than 200 innocent schoolgirls in the north-eastern Nigerian state of Borno.  The girls have been kidnapped by a Islamist fundamentalist group called Boko Haram and it has vowed to sell these girls to slavery or wed them to the jehadis fighting different wars in the four corners of the world.
This tragic incident has shocked the collective conscience of people around the world and many high profile celebrities are joining a campaign on social media networks to create public awareness of the horrific situation rose.  The movement gained much traction after Michelle Obama, wife of President Obama of United States of America lent her voice to the #BringBackOurGirls.
As with every tragic incident, the well intentioned celebrities and individuals around the world are using this hashtag to bring public awareness and make the Nigerian government act but it also true that some those users are not so well intentioned.   A noted security researcher Conrad Longmore of Dynamoo has reported that the news story as well as the hashtag #BringBackOurGirls is also being exploited by scammers attempting to defraud victims around the globe.

One of the first reasons, Longmore has listed this as a scam is that the email enlisting support for #BringBackOurGirls is sent from a listed gmail address but the sender asks you to respond to one hosted on Yahoo.  Further investigation by Longmore revealed that the Gmail address through which the email had been sent is associated with a Google Plus account.  The Google Plus account has a photograph of actress/model Yvette FThere. 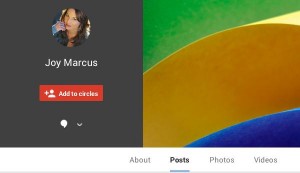 The above email requesting your help is doing rounds so if you see #BringBackOurGirls in the subject line kindly take necessary action in the matter.