It seems like Facebook is down for everyone, Users from Germany, U.S, U.K, Canada, India, Pakistan, and several other Countries have confirmed the outage.

Facebook Messanger and other apps were also inaccessible during the period. 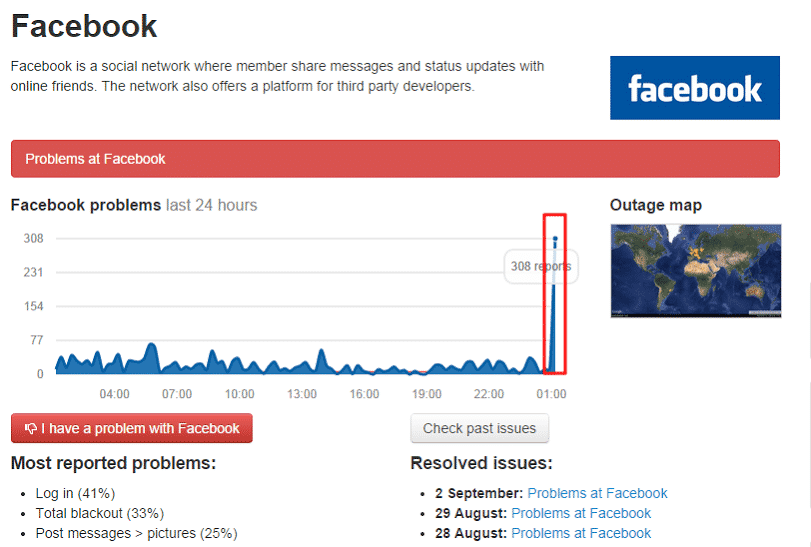 Facebook usually don’t respond to comments over the reason of the Downtime but interesting thing is that it is not the first time when Facebook has suffered down time, infact Facebook went down in May, June and August too. However we have reached out Facebook for comments hoping to get a reply.

It has been seen that whenever Facebook suffers downtime, Users post there queries and response over downtime on other social networking websites.
The most interesting fact related to Facebook going down is that most of the time Facebook starts trending on twitter soon after minutes of its downtime. However this time the outage was not long enough for Facebook to trend over twitter. but still you will be able to see interesting/funny tweets from many users.

So… be honest. Who’s only here because #facebook is down? #facebookdown
— SAM SHAWCROSS (@SamShawcrossUK) September 3, 2014

Facebook is down. Bugger, I was just about to throw a bucket of water over myself for a charity I’d never heard of.
— Marcher Lord (@MarcherLord1) September 3, 2014

A moment of silence for every idiot rebooting his phone right now since it can’t access facebook. #facebookdown
— Gikonyo Kelvin (@ItsGikonyo) September 3, 2014

Few Fakist Hackers may take responsibility of the downtime of Facebook by claiming a DDoS attack put by them on Facebook server, but that’s not true.

The Downtime lasted for about 15 Minutes