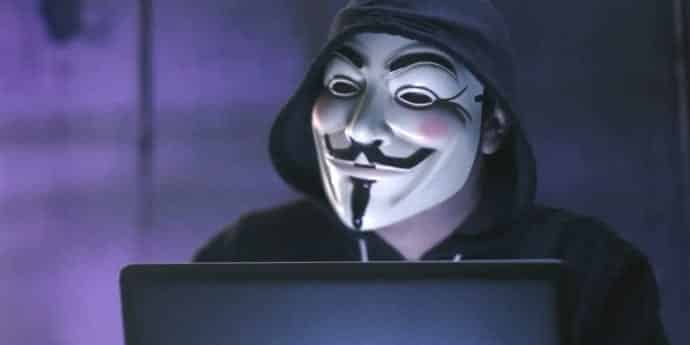 The hacktivists collective, Anonymous had launched a 30-day operation called OpIcarus, against “all central banks” and major financial institutions, claiming that it would be one of the biggest attacks in its history. The hacktivist group, who have collaborated with fellow hackers Ghost Squad Attackers, are targeting bank websites worldwide.

It started with the Bank of Greece with Anonymous successfully being able to bring the website down. However, a Bank of Greece official said: “The attack lasted for a few minutes and was successfully tackled by the bank’s security systems. The only thing that was affected by the denial-of-service attack was our website.

The hacking collective has no structured organization and members take part in different operations whenever they like. According to a YouTube video, Anonymous said that its attack on banks is an extension of Operation Icarus, a campaign the collective previously launched against Wall Street. It’s now bringing it back over the next month.

In a later video, Anonymous extended its proposed targets to include “MasterCard and Visa, Bank for International Settlements, all central banks, the IMF and the London Stock Exchange and every major banking system.”

“Our message is clear. We will not let the banks win. We will be attacking the banks with one of the most massive attacks ever seen in the history of Anonymous,” the group said.

Originated in 2003, Anonymous adopted the Guy Fawkes mask as their symbol for online hacking. In a statement to AnonHQ.com, the cyber attackers said:

“This is just the beginning. We won’t stop until all focus is back on the banks where it belongs and all ‘to big to jail’ institutions are held accountable for their crimes.

“Now that we are uniting our groups, it will only be a matter of time before the whole international banking cartel who are responsible for worldwide economic terrorism, can expect to expect us.”

Tthe hacktivists have posted online how-to instructions, targets, dates and downloadable tools to carry out the attacks in an effort to get as many people possible behind the campaign. DDoSing seems to be the method of choice which, in the simplest explanation, overloads a website with traffic to cause it to successfully seize up and shut down.

The last 12 months have seen two thirds of large British businesses coming under cyberattacks or breach.

Outcomes from the Cyber Security Breaches Survey, undertaken by Ipsos Mori for the Government, show a quarter of large firms experiencing a cyber breach did so at least once a month.

As a result, businesses are now been requested to better protect themselves.

Digital Economy Minister Ed Vaizey said: “The UK is a world-leading digital economy and this Government has made cyber security a top priority.

“Too many firms are losing money, data and consumer confidence with the vast number of cyber attacks. It’s absolutely crucial businesses are secure and can protect data.”

It was also disclosed that seven out of 10 attacks on all firms involved viruses, spyware or malware, which could have been averted, and how only a fifth of businesses have a clear view of the dangers of sharing information with third parties.

The Government has pledged to invest £1.9billion over the next five years to confront and prevent the crime, as well as a new National Cyber Security Centre that will provide security support.

Steve Jewell, cyber security expert and technical director at S-IA, a company that provides software used by Government departments including the Treasury and the Ministry of Defence against cyber-attacks said the danger from cyber attackers continues to progress.

Mr Jewell said: “The threat is growing, the threat is evolving. You need to make sure you get the best out of your protection and don’t just rely on the technology.

“It’s also about the people that use it and their training.

“In terms of organised crime, it is still on the increase but there are things companies can do to combat these threats.

“There are holes in people’s security.

“It’s an ever-evolving threat and no-one that stands still and thinks they have something that is protecting them, it is a question of how many days that will last until something circumvents it.”