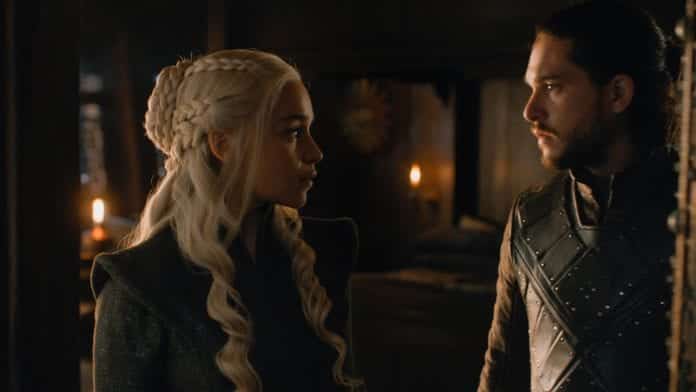 It seems like HBO honchos have hit on a novel idea to prevent hacking and leaks of the final “Game of Thrones” Season 8 episodes. The network was hit by an array of hacks and leaks during the just aired Game of Thrones Season 7. While hackers managed to hack into HBO servers and steal 1.35TB of data including Game of Thrones Season 7 scripts, a hack leaked GoT S06E04 and utter stupidity made HBO Spain leak GoT S06E06 a full week before it was supposed to be aired.

HBO top brass has put together their wise heads and worked out a strategy often used by espionage agencies like CIA, FSB (and erstwhile KGB) and RAW – misdirection. Yes, HBO plans to confuse hackers by shooting multiple endings for the Grand Finale Season 8 of Game of Thrones. This way they hope to not only confuse hackers and prevent leaks but also keep GoT fans guessing about what will happen next.

This was disclosed by HBO’s president of programming Casey Bloys who said that the several different endings for the show will be shot in order to prevent the true ending from being spoiled online. “I know in ‘Game of Thrones,’ the ending, they’re going to shoot multiple versions so that nobody really knows what happens,” Bloys said during a speech at Moravian College, per local outlet The Morning Call. “You have to do that on a long show. Because when you’re shooting something, people know. So they’re going to shoot multiple versions so that there’s no real definitive answer until the end.”

As said above, misdirection is a favorite ploy used by espionage agencies throughout the world. In fact, the erstwhile KGB of the erstwhile USSR had a full department called Department V just for misdirecting the western world about the communist government’s real plans and sending CIA and its allies on wild goose hunts many times. Hollywood has already adopted misdirection as a successful ploy to confuse hackers and leakers. AMC has used this ploy for “Breaking Bad,” while GoT maker HBO has also tried it while filming “The Sopranos,” and even as far back as “Dallas” in 1980.

After the debacle with Game of Thrones Season 7, HBO is not taking and chances with hackers and leakers. In fact, the real ending is kept so secret that not even the characters will know which of the episodes shot will be the true GoT SE08 finale.

HBO plans to make the Game of Thrones Season 8 finale the most remembered season of Game of Thrones. The eighth and final season of “Game of Thrones,” will be filmed across many different countries like Northern Ireland, Spain, Croatia, and Iceland. The HBO GoT team will begin production of the grand finale season in October 2017. The GoT Season 8 will contain only six episode will be aired probably in February or March 2019.

Best of luck to HBO for keeping their masterpiece TV show safe from hackers and leakers.