Internet is now a basic requirement of our daily life be it office or home. As a result, the Wi-Fi router and data connection have become a fundamental amenity for every user.

People also use wireless routers in their home network to connect all devices. However, using Wi-Fi could make your network visible to the neighborhood who may want to use it for free.

Similarly, big organizations that use Wi-Fi may want to keep a check on how the network is being utilized by its employees.

Although the wireless networks are secured with a password key, there are many Wifi hacking tools available that allow one to crack the password of any Wi-Fi protected with WAP, WAP2, and WPS protocol.

In this article, we provide a list of top 10 Wi-Fi hacking tools that can crack the networks to get you access.

These tools can also be used to recover the lost password of your own Wi-Fi.

Is It Possible To Hack WiFi?

You can even hack WiFi using an Android smartphone, Windows or Linux PC.

However, hacking and using someone else’s WiFi connection without their consent is illegal in a wide variety of nations. Unauthorized access to a WiFi network is considered a criminal offense in different parts of the world. 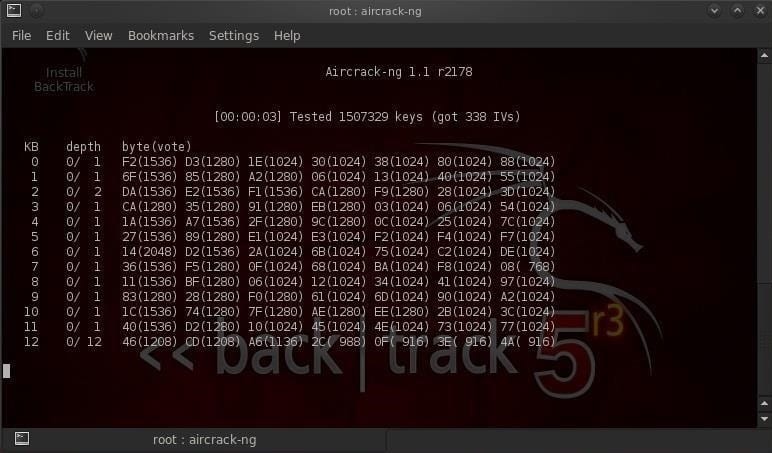 Aircrack-ng is one of the most popular wireless passwords cracking tools, which can help you crack passwords by cracking WEP Keys of Wi-Fi 802.11b network.

Aircrack uses the best algorithms to recover wireless passwords by capturing packets. Once enough packets have been gathered, it tries to recover the password. To make the attack faster, it implements a standard FMS attack with some optimizations.

The company behind the tool also offers an online tutorial where you can learn how to install and use this tool to crack wireless passwords. It comes as Linux distribution, Live CD and VMware image options. You can use any of these. It supports most of the wireless adapters and is almost guaranteed to work.

If you are using a Linux distribution, the only drawback of the tool is that it requires a deeper knowledge of Linux. If you are not comfortable with Linux, you will find it hard to use this tool. In this case, try Live CD or VMWare image. VMWare Image needs less knowledge, but it only works with a limited set of host OS, and only USB devices are supported.

Before you start using this tool, confirm that the wireless card can inject packets. Then start WEP cracking. Read the online tutorial on the website to know more about the tool. If you will follow steps properly, you will end up getting success with this tool. 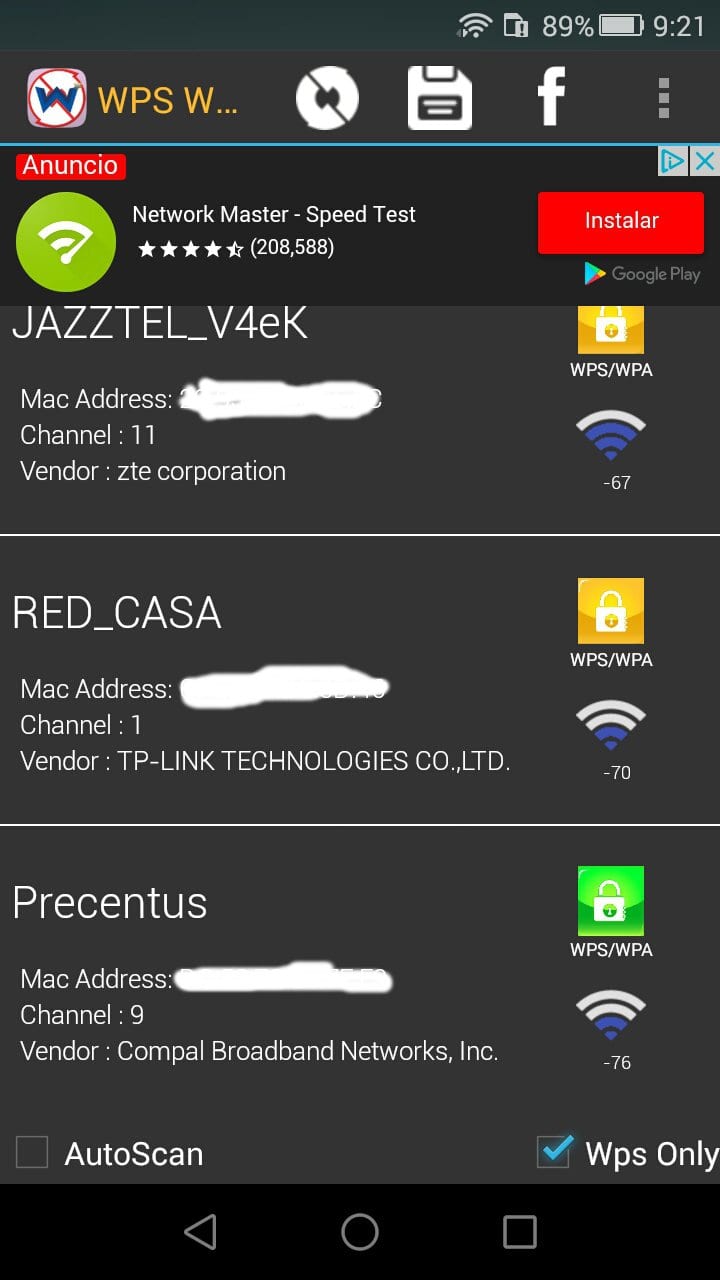 WPA WPS Tester is one of the most popular Wi-Fi password hacker tools known for breaking the security and works on both rooted and Android devices. This app tests the connection to Access Points with WPS PIN and needs Android 4.0 and up for running. 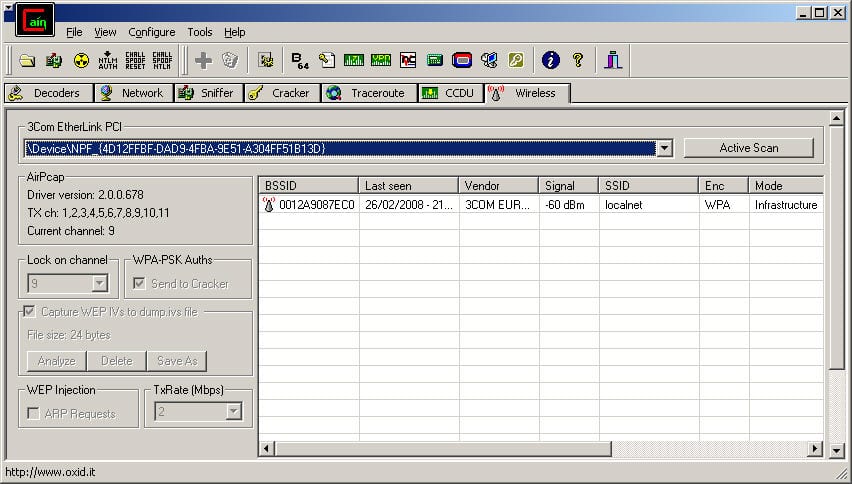 It can also recover wireless network keys by analyzing routing protocols. If you are trying to learn wireless security and password cracking, you should once try this tool. 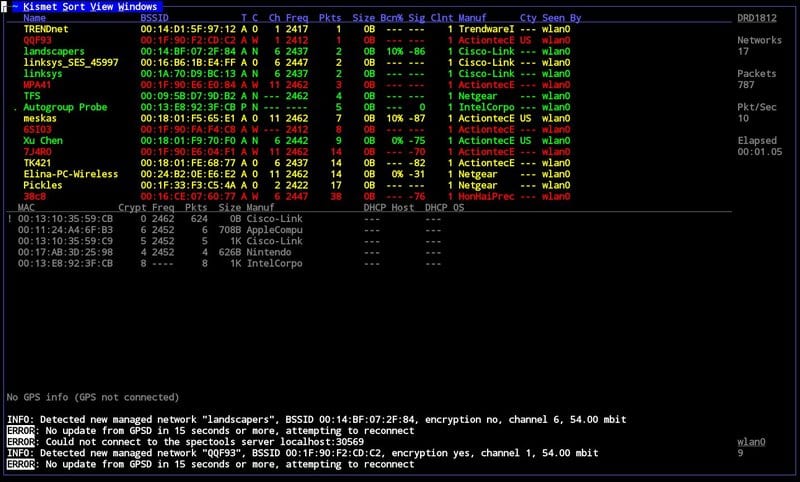 Kismet is a packet sniffer, network detector and intrusion detection system for 802.11 wireless local area networks. It works with any Wi-Fi card, which supports rfmon mode.

It passively collects packets to identify networks and detect hidden networks. It can also sniff 802.11a, 802.11b, 802.11g, and 802.11n traffic. It is built on client/server modular architecture. It is available for Linux, OSX, Windows and BSD platforms. 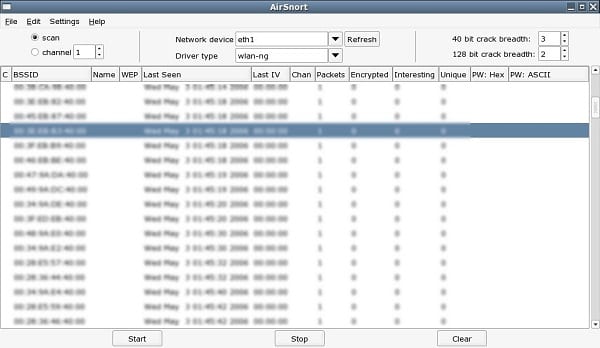 AirSnort is another popular tool for decrypting WEP encryption on a Wi-Fi 802.11b network. It is a free tool and comes with Linux and Windows platforms. This tool is no longer maintained, but it is still available to download from Sourceforge.

AirSnort works by passively monitoring transmissions and computing encryption keys once it has enough packets received. This tool is simple to use. If you are interested, you can try this tool to crack WEP passwords. 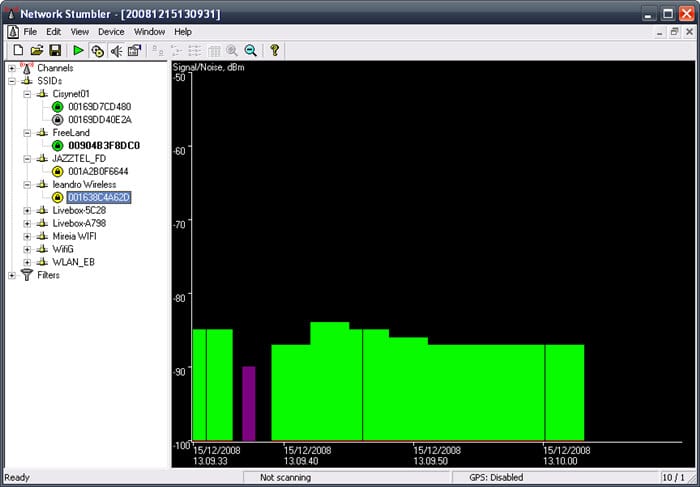 NetStumbler is one of the well-known Windows tools to find open wireless access points. This tool is free and available for Windows.

A trimmed-down version of the tool is also available known as MiniStumbler. Basically, NetStumbler is used for wardriving, verifying network configurations, finding locations with a poor network, detecting unauthorized access points, and more. 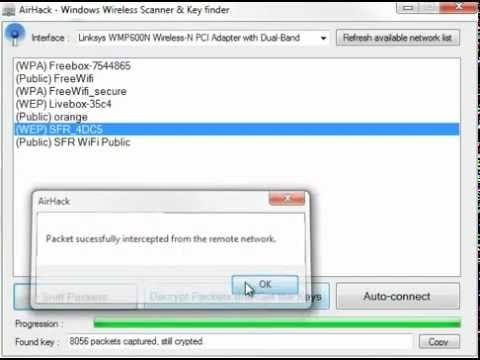 Airjack is a Wi-Fi 802.11 packet injection tool, which is very useful in injecting forged packets and making a network down by denial of service attack. This tool can also be used for a man in the middle attack in the network. 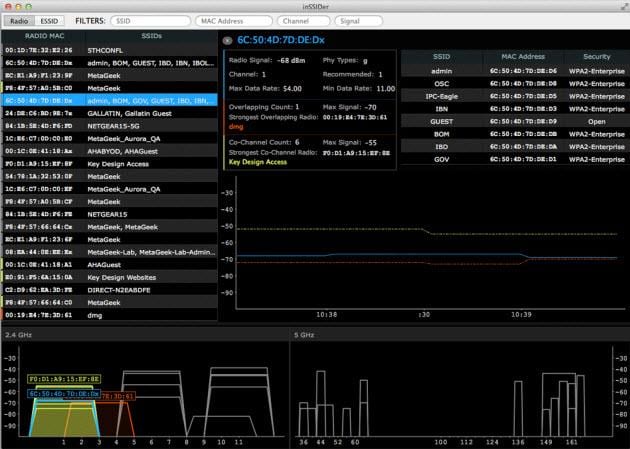 inSSIDer is a wireless network scanner designed to overcome the limitation of another tool, which is NetStumbler. Initially, the tool was open source but now it has become premium and costs $19.99. 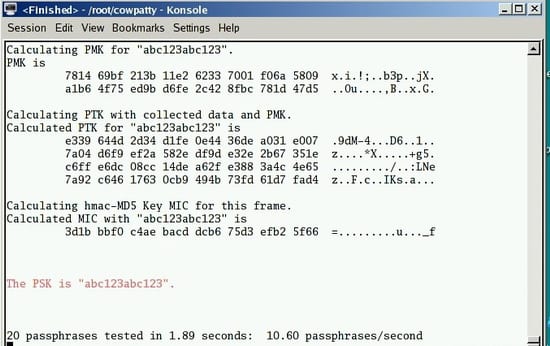 CoWPAtty is an automated dictionary attack tool for WPA-PSK that runs on Linux OS. This program has a command line interface and runs on a word-list that contains the password to use in the attack.

The tool is really simple to use, but it is slow. That’s because the hash uses SHA1 with a seed of SSID. It means the same password will have a different SSIM. So, you cannot simply use the rainbow table against all access points. So, the tool uses the password dictionary and generates the hack for each word contained in the dictionary by using the SSID.

The new version of the tool tried to improve the speed by using a pre-computed hash file. This pre-computed file contains around 172000 dictionary file for around 1000 most popular SSIs. But if your SSID is not in those 1000, you are unlucky. 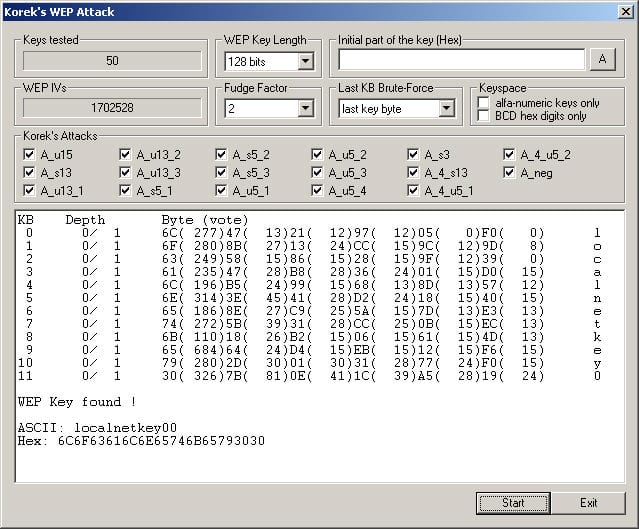 WepAttack is an open-source Linux tool for breaking 802.11 WEP keys. This tool performs an active dictionary attack by testing millions of words to find the working key. Only a working WLAN card is required to work with WepAttack.

In addition to the above mentioned apps and tools there are several other tools that can be used to hack wifi.